About a decade ago, it was possible to visualise your LinkedIn network. I really liked it, especially as I had three distinct groups of connections (EdTech, schools, and Higher Ed).

This website allows you to visualise around 4.5k Fediverse instances, as of last week. You can change the colour and size of the dots depending on number of users, posts, theme, etc.

Exercise.cafe isn’t on there, nor is wao.wtf. But it’s still a useful tool.

I’m essentially bookmarking this publicly as it’s a useful reference for Fediverse instances (all currently running Mastodon!) which are collectively owned.

What I’m interested in is diversifying and going beyond this very useful list. First, I’d love examples to be added which are running other Fediverse software than Mastodon. For example, I’ve got a test instance of Misskey running at wao.wtf.

Second, I’m interested in the governance of these instances. If you’re not involved with co-operatives or other organisations that are democratically operated, it can seem like a bit of a black box. So I think we need a collaboratively-created guide to collective decision-making processes when it comes to Fediverse instances. 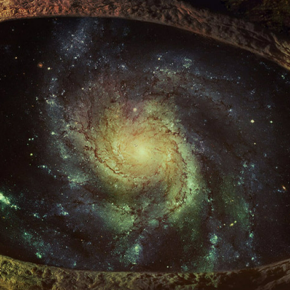 Fediverse instances with an explicit system of shared governance, usually made legally binding through an incorporated association or cooperative.

This page will list also instances which are closed for registrations and dead instances, so that we can collectively learn from their experience.

This is 100% true and one of the reasons that I think that Open Badges and Verifiable Credentials are so awesome. Associational value is built-in for human beings, as we’re social creatures who set store by what other people value.

For example, I’m Dr. Belshaw which has a certain cachet and status in some circles. But people are usually much more interested/impressed by the fact that I worked for Mozilla and that one of our co-op’s clients is Greenpeace.

Them’s the breaks. And I feel like passing on this kind of wisdom to the younger generations is really important, to be honest, as a way that the world actually works.

A lot of people suspect that having-been part of a prestigious organisation (such a a famous university or an “elite” org in your field) gets you an unfair advantage when applying for future jobs.

There are two main avenues you could imagine for this advantage. One is basically nepotism: through the organisation you meet lots of other people who will later give you preferential access to jobs.

I think associational value often comes out of single-sentence descriptions of what somebody has done, and that therefore there are often relatively-easy ways to get 99% of the associational benefits of a prestigious institution at a much lower cost.

For example, in the magazine-writing world, people are often (approximately) defined by 1-3 of the most famous publications they’ve ever written for: “X’s work has appeared in TK, TK and TK,” or “this is my friend Y, she writes for [famous media brand].”

I’m not entirely sure how to work around this one, beyond the “try to get a mild affiliation with a prestigious institution, even if it’s an incredibly silly one” hack.