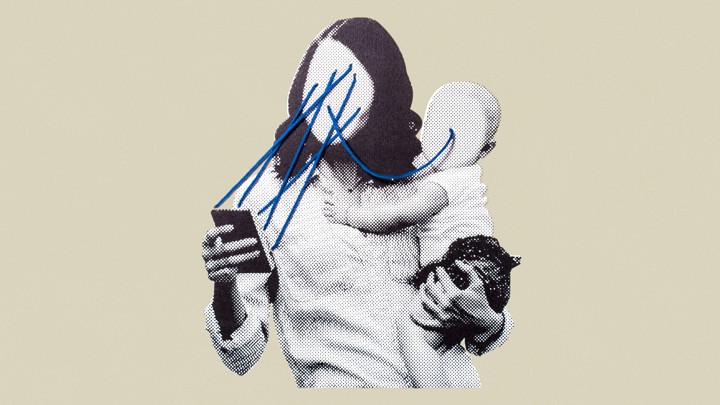 The dangers of distracted parenting

I usually limit myself to three quotations in posts I write here. I’m going to break that self-imposed rule for this article by Erika Christakis in The Atlantic on parents’ screentime.

Christakis points out the good and the bad news:

Yes, parents now have more face time with their children than did almost any parents in history. Despite a dramatic increase in the percentage of women in the workforce, mothers today astoundingly spend more time caring for their children than mothers did in the 1960s. But the engagement between parent and child is increasingly low-quality, even ersatz. Parents are constantly present in their children’s lives physically, but they are less emotionally attuned.

As parents, and in society in general, we’re super-hot on limiting kids’ screentime, but we don’t necessarily apply that to ourselves:

[S]urprisingly little attention is paid to screen use by parents… who now suffer from what the technology expert Linda Stone more than 20 years ago called “continuous partial attention.” This condition is harming not just us, as Stone has argued; it is harming our children. The new parental-interaction style can interrupt an ancient emotional cueing system, whose hallmark is responsive communication, the basis of most human learning. We’re in uncharted territory.

‘Continuous partial attention’ is the term people tend to use these days instead of ‘multitasking’. To my mind it’s a better term, as it references the fact that you’re not just trying to do different things simultaneously, you’re trying to pay attention to them.

I’ve given the example before of my father sitting down to read the newspaper on a Sunday. Is there really much difference to the child, I’ve wondered, between his being hidden behind a broadsheet for an hour, and his scrolling and clicking on a mobile device? In some ways yes, in some ways no.

It has never been easy to balance adults’ and children’s needs, much less their desires, and it’s naive to imagine that children could ever be the unwavering center of parental attention. Parents have always left kids to entertain themselves at times—“messing about in boats,” in a memorable phrase from The Wind in the Willows, or just lounging aimlessly in playpens. In some respects, 21st-century children’s screen time is not very different from the mother’s helpers every generation of adults has relied on to keep children occupied. When parents lack playpens, real or proverbial, mayhem is rarely far behind. Caroline Fraser’s recent biography of Laura Ingalls Wilder, the author of Little House on the Prairie, describes the exceptionally ad hoc parenting style of 19th-century frontier parents, who stashed babies on the open doors of ovens for warmth and otherwise left them vulnerable to “all manner of accidents as their mothers tried to cope with competing responsibilities.” Wilder herself recounted a variety of near-calamities with her young daughter, Rose; at one point she looked up from her chores to see a pair of riding ponies leaping over the toddler’s head.

To me, the difference can be summed up quite easily: our mobile devices are designed to be addictive and capture our full attention, in ways that analogue media and experiences aren’t.

Short, deliberate separations can of course be harmless, even healthy, for parent and child alike (especially as children get older and require more independence). But that sort of separation is different from the inattention that occurs when a parent is with a child but communicating through his or her nonengagement that the child is less valuable than an email. A mother telling kids to go out and play, a father saying he needs to concentrate on a chore for the next half hour—these are entirely reasonable responses to the competing demands of adult life. What’s going on today, however, is the rise of unpredictable care, governed by the beeps and enticements of smartphones. We seem to have stumbled into the worst model of parenting imaginable—always present physically, thereby blocking children’s autonomy, yet only fitfully present emotionally.

Physically present but emotionally unavailable. Yes, we need to do better.

Under the circumstances, it’s easier to focus our anxieties on our children’s screen time than to pack up our own devices. I understand this tendency all too well. In addition to my roles as a mother and a foster parent, I am the maternal guardian of a middle-aged, overweight dachshund. Being middle-aged and overweight myself, I’d much rather obsess over my dog’s caloric intake, restricting him to a grim diet of fibrous kibble, than address my own food regimen and relinquish (heaven forbid) my morning cinnamon bun. Psychologically speaking, this is a classic case of projection—the defensive displacement of one’s failings onto relatively blameless others. Where screen time is concerned, most of us need to do a lot less projecting.

Previous Cory Doctorow on the corruption at the heart of Facebook