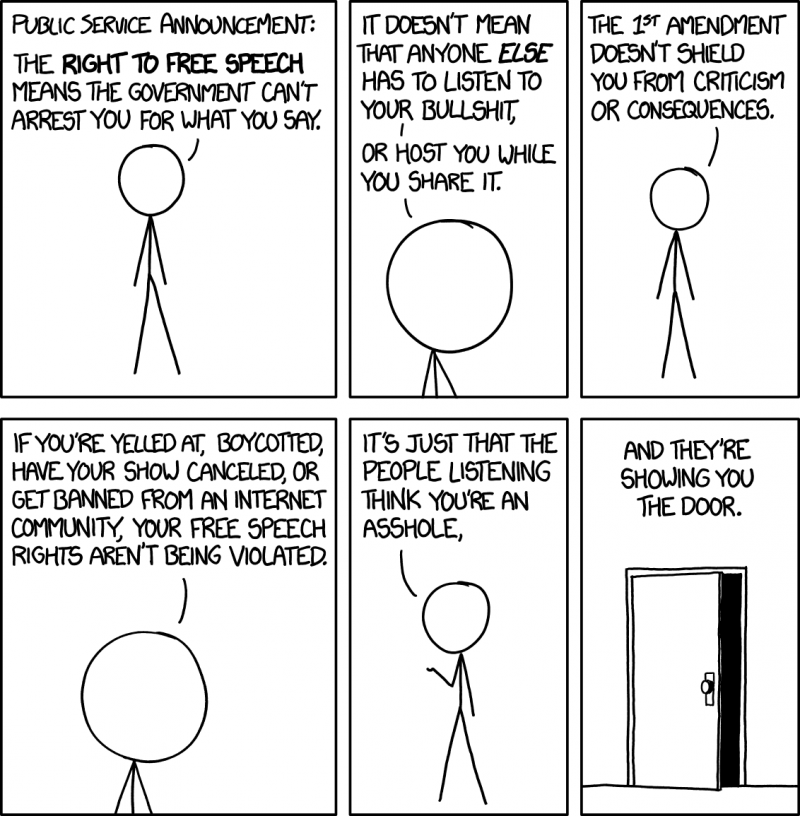 Michel de Montaigne, one of my favourite writers, had a very good friend, a ‘soulmate’ in the form of Étienne de la Boétie. He seems to have been quite the character, and an early influence for anarchist thought, before dying of the plague in 1563 at the age of 32.

His main work is translated into English as The Politics of Obedience: The Discourse of Voluntary Servitude where he suggests that the reason we get tyrants and other oppressors is because we, the people, allow them to have power over us. It all seems very relevant to our times, despite being written around 450 years ago!

We live in a time of what Patrick Stokes in New Philosopher calls ‘false media balance’. It’s worth quoting at length, I think:

The problem is that very often the controversy in question is over whether there even is a controversy to begin with. Some people think the world is flat: does that mean the shape of the world is a controversial topic? If you think the mere fact of disagreement means there’s a controversy there, then pretty much any topic you care to mention will turn out to be controversial if you look hard enough. But in a more substantial sense, there’s no real controversy here at all. The scientific journals aren’t full of heated arguments over the shape of the planet. The university geography departments aren’t divided into warring camps of flattists and spherists. There is no serious flat-earth research program in the geology literature.

So far, so obvious. But think about certain other scientific ‘controversies’ where competing arguments do get media time, such as climate change, or the safety and efficacy of vaccination. On the one side you have the overwhelming weight of expert opinion; on the other side amateur, bad-faith pseudoscience. In the substantial sense there aren’t even ‘two sides’ here after all.

Yet that’s not what we see; we just see two talking heads, offering competing views. The very fact both ‘heads’ were invited to speak suggests someone, somewhere has decided they are worth listening to. In other words, the very format implicitly drags every viewpoint to the same level and treats them as serious candidates for being true. That’s fine, you might reply: sapere aude! Smart and savvy viewers will see the bad arguments or shoddy claims for what they are, right? Except there’s some evidence that precisely the opposite happens. The message that actually sticks with viewers is not “the bad or pseudoscientific arguments are nonsense”, but rather that “there’s a real controversy here”.

There’s a name for this levelling phenomenon: false balance. The naïve view of balance versus bias contains no room for ‘true’ versus ‘false’ balance. Introducing a truth-value means we are not simply talking about neutrality anymore – which, as we’ve seen, nobody can or should achieve fully anyway. False balance occurs when we let in views that haven’t earned their place, or treat non-credible views as deserving the same seat at the table.

To avoid false balance, the media needs to make important and context-sensitive discriminations about what is a credible voice and what isn’t. They need balance as a verb, rather than a noun. To balance is an act, one that requires ongoing effort and constant readjustment. The risk, after all, is falling – perhaps right off the edge of the world.

For many people, we receive a good proportion of our news via social networks. This means that, instead of being filtered by the mainstream media (who are doing a pretty bad job), the news it’s filtered by all of us, who are extremely partisan. We share things that validate our political, economic, moral, and social beliefs, and rail against those who state the opposite.

While we can wring our hands about the free speech aspect of this, it’s important to note the point that’s being made by the xkcd cartoon that accompanies today’s article: we don’t have to listen to other people if we don’t want to.

In a great post from 2015, Audrey Watters explains how she uses some auto-blocking apps to make her continued existence on Twitter tolerable. Again, it’s worth quoting at length:

By using these automated blocking tools – particularly blocking accounts with few followers – I know that I’ve blocked a few folks in error. Teachers new to Twitter are probably the most obvious example. Of course, if someone feels as though I’ve accidentally blocked them, they can still contact me through other means. (And sometimes they do. And sometimes I unblock.)

But I’m not going to give up this little bit of safety and sanity I’ve found thanks to these collaborative blocking tools for fear of upsetting a handful of people who have mistakenly ended up being blocked by me. I’m sorry. I’m just not.

And I’m not in the least bit worried that, by blocking accounts, I’m somehow trapping myself in a “filter bubble.” I don’t need to be exposed to harassment and violence to know that harassment and violence are rampant. I don’t need to be exposed to racism and misogyny to know that racism and misogyny exist. I see that shit, I live that shit already daily, whether I block accounts on social media or not.

My blocking trolls doesn’t damage civic discourse; indeed, it helps me be able to be a part of it. Despite all the talk about the Internet and democratization of ideas and voices, the architecture of many of the technologies we use is designed to amplify certain ideas and voices and silence others, protect certain voices, expose others to violence. My blocking trolls doesn’t silence anybody. But it does help me have the stamina to maintain my voice.

People need not feel bad about blocking, worry that it’s impolitic or impolite. It’s already hard work to be online. Often, it’s emotional work. (And it’s work we do for free, I might add.) People – particularly people of color, women, marginalized groups – shouldn’t have to take on the extra work of dealing with abusers and harassers and trolls. Block. Block. Block. Save your energy for other battles, ones that you choose to engage in.

Blocking on the individual level is one thing, but what about whole instances running social networking software blocking other instances with which they’re technically interoperable?

There’s some really interesting conversations happening on the Fediverse at the moment. A ‘free speech’ social network called Gab, which was was forced to shut down as a centralised service will be soon relaunching as a fork of Mastodon.

In practice, this means that Gab can’t easily be easily shut down, and there’s many people on Mastodon, Pleroma, Misskey, and other social networks that make up the Fediverse, who are concerned about that. Those who have found a home on the Fediverse are disproportionately likely to have met with trolling, bullying, and abuse on centralised services such as Twitter.

Any service like Gab that’s technically compatible with popular Fediverse services such as Mastodon can, by default, piggyback on the latter’s existing ecosystem of apps. Some of these apps have decided to fight back. For example Tusky has taken a stand, as can be seen by this update from its main developer:

Before I go off to celebrate Midsummer by being in bed sick (Swedish woes), I want to share a small update.

We will get our next release out just in time for the 4th of July.

Don’t even try to debate us about Free Speech. This is our speech, exercising #ANTIFA views. And we will keep doing it

We will post a bigger update at a later time about what this all really means.

Some may wonder why, exactly, there’s such a problem here. After all, can’t individual users do what Audrey Watters is doing with Twitter, and block people on the individual level — either automatically, or manually?

The problem is that, due to practices such as sealioning, certain communities ‘sniff blood’ and then pile on:

Sealioning (also spelled sea-lioning and sea lioning) is a type of trolling or harassment which consists of pursuing people with persistent requests for evidence or repeated questions, while maintaining a pretense of civility. It may take the form of “incessant, bad-faith invitations to engage in debate”.

So it feels like we’re entering a time with the balkanisation of the internet because of geo-politics (the so-called Splinternet), but also a retreat into online social interactions that are more… bounded.

It’s going to be interesting to see where the next 18 months takes us, I think. I can definitely see a decline in centralised social networks, especially among certain demographics. If I’m correct, and these people end up on federated social networks, then it’s up to those of already there to set not only the technical standards, but the moral standards, too.