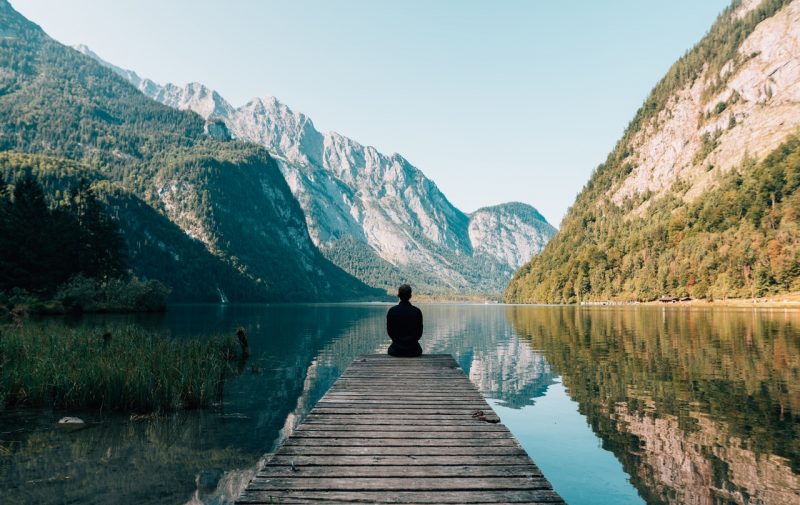 Thus each man ever flees himself

There are some days during this current pandemic when, coccooned in my little bubble, I can forget for a few hours that the world has changed. Conversely, I encounter other days when my baseline existential angst spikes to a level just below “rocking backwards-and-forwards in the corner of the room”.

There are a range of ways for obtaining help in such situations, including professional (therapy!), spiritual (religion!) and medical (drugs!) However, while I’ve dabbled with all three, perhaps my greatest solace comes from bunch of balding white dudes who lived a couple of thousand years ago.

Yes, I’m talking about the Stoics. Having re-read the Seneca’s On the Tranquility of the Mind this week, I thought there were whole sections worth sharing for anyone in a similar predicament to me.

In this dialogue, Serenus explains to Seneca his problem. The details may have changed over the years (no slaves, and we tend not to be so envious about other people’s crockery) but the gist is, at least for me, immediately recognisable:

The nature of this mental weakness which hovers between two alternatives, inclining strongly neither to the right nor to the wrong, I can better show you one part at a time than all at once; I will tell you my experience, you will find a name for my sickness. I am completely devoted, I admit, to frugality: I do not like a couch made up for show, or clothing produced from a chest or pressed by weights and a thousand mangles to make it shiny, but rather something homely and inexpensive that has not been kept specially or needs to be put on with anxious care; I like food that a household of slaves has not pr pared, watching it with envy, that has not been ordered many days in advance or served up by many hands, but is easy to fetch and in ample supply; it has nothing outlandish or expensive about it, and will be readily available everywhere, it will not put a strain on one’s purse or body, or return by the way it entered; I like for my servant a young house-bred slave without training or polish, for silverware my country-bred father’s heavy plate that bears no maker’s stamp, and for a table one that is not remarkable for the variety of its markings or known to Rome for having passed through the hands of many stylish owners, but one that is there to be used, that makes no guest stare at it in endless pleasure or burning envy. Then, after finding perfect satisfaction in all such things, I find my mind is dazzled by the splendour of some training-school for pages, by the sight of slaves decked out in gold and more scrupulously dressed than bearers in a procession, and a whole troop of brilliant attendants; by the sight of a house where even the floor one treads is precious and riches are strewn in every corner, where the roofs themselves shine out, and the citizen body waits in attendance and dutifully accompanies an inheritance whose days are numbered; need I mention the waters, transparent to the bottom and flowing round the guests even as they dine, or the banquets that in no way disgrace their setting? Emerging from a long time of dedication to thrift, luxury has enveloped me in the riches of its splendour, filling my ears with all its sounds: my vision falters a little, for it is easier for me to raise my mind to it than my eyes; and so I come back, not a worse man, but a sadder one, I no longer walk with head so high among those worthless possessions of mine, and I feel the sharpness of a secret pain as the doubt arises whether that life is not the better one. None of these things alters me, but none fails to unsettle me.

‘Serenus’ (in Seneca’s ‘On The Tranquility of the Mind’)

As a result, Serenus asks Seneca for help, as he feels stuck between two stools: asceticism and luxury:

I ask you, therefore, if you possess any cure by which you can check this fluctuation of mine, to consider me worthy of being indebted to you for tranquillity. I am aware that these mental disturbances I suffer from are not dangerous and bring no threat of a storm; to express to you in a true analogy the source of my complaint, it is not a storm I labour under but seasickness: relieve me, then, of this malady, whatever it be, and hurry to aid one who struggles with land in his sight.

‘Serenus’ (in seneca’s ‘On The Tranquility of the Mind’)

For me, Serenus’ description of his ‘mental disturbances’ as being like seasickness really resonate with me. As a friend said earlier this week, we’re both a little tired of the “constant up and down”.

Accordingly, you have no need of those harsher measures that we have already passed over, that of sometimes opposing yourself, of sometimes getting angry with yourself, of sometimes fiercely driving yourself on, but rather of the one that comes last, having confidence in yourself and believing that you are on the right path and have not been sidetracked by the footprints crossing over, left by many rushing in different directions, some of them wandering close to the path itself.

seneca, ‘On The Tranquility of the Mind’

Another useful metaphor, of being sidetracked by other people’s, and perhaps your own, footprints. Instead what Seneca explains that Serenus needs to have “confidence” in himself, and believe that he is “on the right path”.

Don’t we all need that?

Seneca continues by saying that everyone is in the same boat, which might as well be named The Human Condition. What he diagnoses as the nub of the problem, which is think is particularly insightful, is our attempts to keep changing things. Ultimately, this simply means we live in a constant state of suspense and dissatisfaction.

Everyone is in the same predicament, both those who are tormented by inconstancy and boredom and an unending change of purpose, constantly taking more pleasure in what they have just abandoned, and those who idle away their time, yawning. Add to them those who twist and turn like insomniacs, trying all manner of positions until in their weariness they find repose: by altering the condition of their life repeatedly, they end up finally in the state that they are caught, not by dislike of change, but by old age that is reluctant to embrace anything new. Add also those who through the fault, not of determination but of idleness, are too constant in their ways, and live their lives not as they wish, but as they began. The sickness has countless characteristics but only one effect, dissatisfaction with oneself. This arises from a lack of mental balance and desires that are nervous or unfulfilled, when men’s daring or attainment falls short of their desires and they depend entirely on hope; such are always lacking in stability and changeable, the inevitable consequence of living in a state of suspense.

seneca, ‘On The Tranquility of the Mind’

Next, Seneca seemingly reaches through the ages to drive his point home with sentences which, despite being aimed at his interlocutor, seem targeted at me.

All these feelings are aggravated when disgust at the effort they have spent on becoming unsuccessful drives men to leisure, to solitary studies, which are unendurable for a mind intent on a public career, eager for employment, and by nature restless, since without doubt it possesses few enough resources for consolation; for this reason, once it has been deprived of those delights that business itself affords to active participants, the mind does not tolerate home, solitude, or the walls of a room, and does not enjoy seeing that it has been left to itself. This is the source of that boredom and dissatisfaction, of the wavering of a mind that finds no rest anywhere, and the sad and spiritless endurance of one’s leisure; and particularly when one is ashamed to confess the reasons for these feelings, and diffidence drives its torments inwards, the desires, confined in a narrow space from which there is no escape, choke one-another; hence come grief and melancholy and the thousand fluctuations of an uncertain mind, held in suspense by early hopes and then reduced to sadness once they fail to materialize; this causes that feeling which makes men loathe their own leisure and complain that they themselves have nothing to keep them occupied, and also the bitterest feelings of jealousy of other men’s successes.

Seneca, ‘On The Tranquility of the Mind’

Seneca continues to give Serenus more advice in the dialogue, but, every time I read these opening few pages, I feel like he has diagnosed not only my condition, and that of all humankind.

While some people are always on the lookout for the new and the novel, I’m realising that the best way to spend the second half of my life might well be to spend a good amount of time wringing out as much value from things I’ve already discovered.

The quotations in this post are from the Oxford World’s Classics version of Seneca’s Dialogues and Essays. If you can’t find it in your local library, try here.

If you’re new to the Stoics, may I suggest starting with The Enchiridion by Epictetus? I’d follow that with Marcus Aurelius’ Meditations (buy a decent quality dead-tree version; you’ll thank me in years to come) and then dip into Seneca’s somewhat voluminous works.

Header image by Simon Migaj. Quotation-as-title from Lucretius, who Seneca quotes in ‘On the Tranquility of the Mind’.