Collaboration is our default operating system

One of the reasons I’m not active on Twitter any more is the endless, pointless arguments between progressives and traditionalists, between those on the left of politics and those on the right, and between those who think that watching reality TV is an acceptable thing to spend your life doing, and those who don’t.

Interestingly a new report which draws on data from 10,000 people, focus groups, and academic interviews suggests that half of the controversy on Twitter is generated by a small proportion of users:

[The report] states that 12% of voters accounted for 50% of all social-media and Twitter users – and are six times as active on social media as are other sections of the population. The two “tribes” most oriented towards politics, labelled “progressive activists” and “backbone Conservatives”, were least likely to agree with the need for compromise. However, two-thirds of respondents who identify with either the centre, centre-left or centre-right strongly prefer compromise over conflict, by a margin of three to one.

Interestingly, the report also shows difference between the US and UK, but also to attitudes before and after the pandemic started:

More than half (57%) reported an increased awareness of the living conditions of others, 77% feel that the pandemic has reminded us of our common humanity, and 62% feel they have the ability to change things around them – an increase of 15 points since February.

As I keep on saying, those who believe in unfettered capitalism have to perpetuate a false narrative of competition in all things to justify their position. We have more things in common than differences, and I truly believe the collaboration is our default operating system.

We’ve had some pretty bad governments in the UK during my lifetime, but has any been so underqualified, so inept, corrupt, and nepotistic as our current one? It would be bad enough in regular times, but during a pandemic it’s a tragedy.

Who knew that children go to school in September? Who guessed that hundreds of thousands of students head to universities where they – and easily shocked readers should look away – strive with every fibre of their being to mingle with each other as vigorously as they can? What clairvoyant might have predicted that, when the government offered the public cut-price restaurant meals at the taxpayers’ expense, the public would gobble them up? Or that, when the prime minister urged workers to go back to their offices and save Pret a Manger, a few brave souls would have returned to their desks and risked having “dulce et decorum est pro Pretia mori” carved on their gravestones?

Nick Cohen, The meritocracy has had its day. How else to explain the rise of Dido Harding? (The Observer) 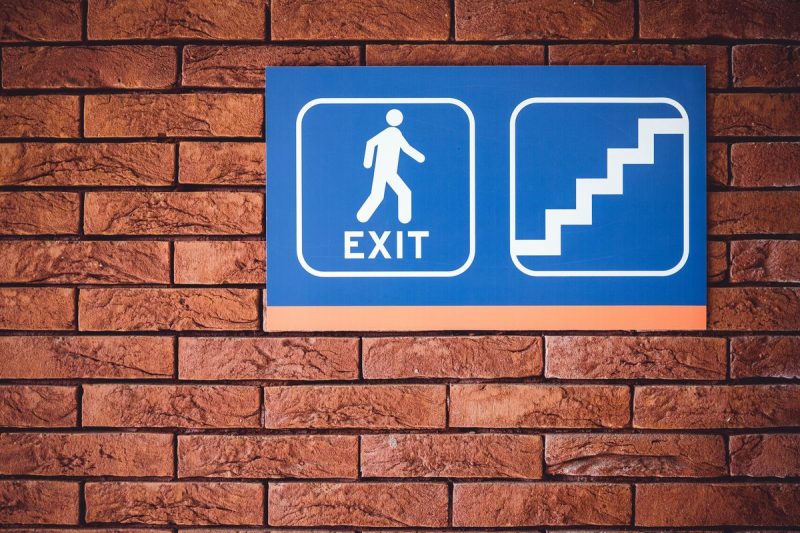 This week saw the launch of a new book by Shoshana Zuboff entitled The Age of Surveillance Capitalism: the fight for a human future at the new frontier of power. It was featured in two of my favourite newspapers, The Observer and the The New York Times, and is the kind of book I would have lapped up this time last year.

In 2019, though, I’m being a bit more pragmatic, taking heed of Stoic advice to focus on the things that you can change. Chiefly, that’s your own perceptions about the world. I can’t change the fact that, despite the Snowden revelations and everything that has come afterwards, most people don’t care one bit that they’re trading privacy for convenience..

That puts those who care about privacy in a bit of a predicament. You can use the most privacy-respecting email service in the world, but as soon as you communicate with someone using Gmail, then Google has got the entire conversation. Chances are, the organisation you work for has ‘gone Google’ too.

Then there’s Facebook shadow profiles. You don’t even have to have an account on that platform for the company behind it to know all about you. Same goes with companies knowing who’s in your friendship group if your friends upload their contacts to WhatsApp. It makes no difference if you use ridiculous third-party gadgets or not.

In short, if you want to live in modern society, your privacy depends on your family and friends. Of course you have the option to choose not to participate in certain platforms (I don’t use Facebook products) but that comes at a significant cost. It’s the digital equivalent of Thoreau taking himself off to Walden pond.

In a post from last month that I stumbled across this weekend, Nate Matias reflects on a talk he attended by Janet Vertesi at Princeton University’s Center for Information Technology Policy. Vertesi, says Matias, tried four different ways of opting out of technology companies gathering data on her:

The basic assumption of markets is that people have choices. This idea that “you can just vote with your feet” is called an “exit option democracy” in organizational sociology (Weeks, 2004). Opt-out democracy is not really much of a democracy, says Janet. She should know–she’s been opting out of tech products for years.

The option Vertesi advocates for going Google-free is a pain in the backside. I know, because I’ve tried it:

To prevent Google from accessing her data, Janet practices “data balkanization,” spreading her traces across multiple systems. She’s used DuckDuckGo, sandstorm.io, ResilioSync, and youtube-dl to access key services. She’s used other services occasionally and non-exclusively, and varied it with open source alternatives like etherpad and open street map. It’s also important to pay attention to who is talking to whom and sharing data with whom. Data balkanization relies on knowing what companies hate each other and who’s about to get in bed with whom.

The time I’ve spent doing these things was time I was not being productive, nor was it time I was spending with my wife and kids. It’s easy to roll your eyes at people “trading privacy for convenience” but it all adds up.

Talking of family, straying too far from societal norms has, for better or worse, negative consequences. Just as Linux users were targeted for surveillance, so Vertisi and her husband were suspected of fraud for browsing the web using Tor and using cash for transactions:

Trying to de-link your identity from data storage has consequences. For example, when Janet and her husband tried to use cash for their purchases, they faced risks of being reported to the authorities for fraud, even though their actions were legal.

And then, of course, there’s the tinfoil hat options:

…Janet used parts from electronics kits to make her own 2g phone. After making the phone Janet quickly realized even a privacy-protecting phone can’t connect to the network without identifying the user to companies through the network itself.

I’m rolling my eyes at this point. The farthest I’ve gone down this route is use the now-defunct Firefox OS and LineageOS for microG. Although both had their upsides, they were too annoying to use for extended periods of time.

Finally, Vertesi goes down the route of trying to own all your own data. I’ll just point out that there’s a reason those of us who had huge CD and MP3 collections switched to Spotify. Looking after any collection takes time and effort. It’s also a lot more cost effective for someone like me to ‘rent’ my music instead of own it. The same goes for Netflix.

What I do accept, though, is that Vertesi’s findings show that ‘exit democracy’ isn’t really an option here, so the world of technology isn’t really democratic. My takeaway from all this, and the reason for my pragmatic approach this year, is that it’s up to governments to do something about all this.

Western society teaches us that empowered individuals can change the world. But if you take a closer look, whether it’s surveillance capitalism or climate change, it’s legislation that’s going to make the biggest difference here. Just look at the shift that took place because of GDPR.

So whether or not I read Zuboff’s new book, I’m going to continue my pragmatic approach this year. Meanwhile, I’ll continue to mute the microphone on the smart speakers in our house when they’re not being used, block trackers on my Android smartphone, and continue my monthly donations to work of the Electronic Frontier Foundation and the Open Rights Group.