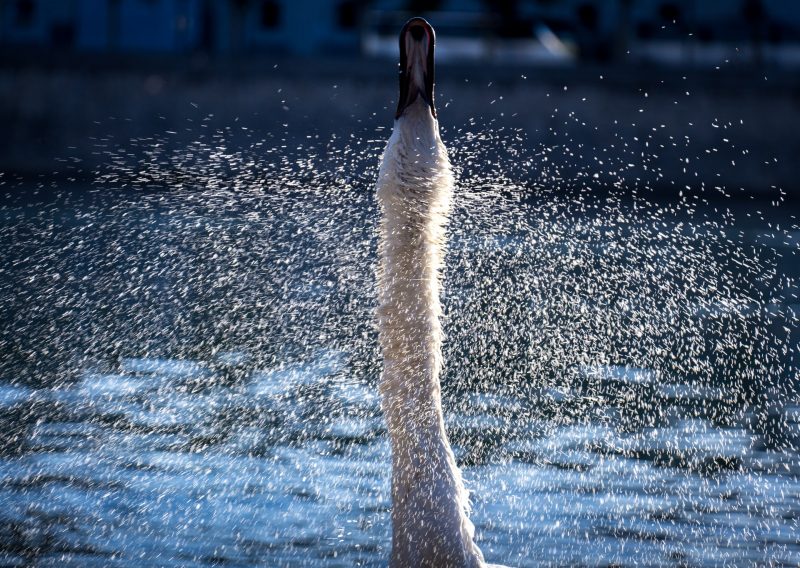 Whew, so many useful bookmarks to re-read for this week’s roundup! It took me a while, so let’s get on with it…

What is the future of distributed work?

To Bharat Mediratta, chief technology officer at Dropbox, the quarantine experience has highlighted a huge gap in the market. “What we have right now is a bunch of different productivity and collaboration tools that are stitched together. So I will do my product design in Figma, and then I will submit the code change on GitHub, I will push the product out live on AWS, and then I will communicate with my team using Gmail and Slack and Zoom,” he says. “We have all that technology now, but we don’t yet have the ‘digital knowledge worker operating system’ to bring it all together.”

OK, so this is a sponsored post by Dropbox on the WIRED website, but what it highlights is interesting. For example, Monday.com (which our co-op uses) rebranded itself a few months ago as a ‘Work OS’. There’s definitely a lot of money to be made for whoever manages to build an integrated solution, although I think we’re a long way off something which is flexible enough for every use case.

The Definition of Success Is Autonomy

Today, I don’t define success the way that I did when I was younger. I don’t measure it in copies sold or dollars earned. I measure it in what my days look like and the quality of my creative expression: Do I have time to write? Can I say what I think? Do I direct my schedule or does my schedule direct me? Is my life enjoyable or is it a chore?

Tim Ferriss has this question he asks podcast guests: “If you could have a gigantic billboard anywhere with anything on it what would it say and why?” I feel like the title of this blog post is one of the answers I would give to that question.

We are a small group of volunteers who met as members of the Higher Ed Learning Collective. We were inspired by the initial demand, and the idea of self-study, interracial groups. The initial decision to form this initiative is based on the myriad calls from people of color for white-bodied people to do internal work. To do the work, we are developing a space for all individuals to read, share, discuss, and interrogate perspectives on race, racism, anti-racism, identity in an educational setting. To ensure that the fight continues for justice, we need to participate in our own ongoing reflection of self and biases. We need to examine ourselves, ask questions, and learn to examine our own perspectives. We need to get uncomfortable in asking ourselves tough questions, with an understanding that this is a lifelong, ongoing process of learning.

This is a fantastic resource for people who, like me, are going on a learning journey at the moment. I’ve found the podcast Seeing White by Scene on Radio particularly enlightening, and at times mind-blowing. Also, the Netflix documentary 13th is excellent, and available on YouTube.

How to Make Your Tech Last Longer

If we put a small amount of time into caring for our gadgets, they can last indefinitely. We’d also be doing the world a favor. By elongating the life of our gadgets, we put more use into the energy, materials and human labor invested in creating the product.

This is a pretty surface-level article that basically suggests people take their smartphone to a repair shop instead of buying a new one. What it doesn’t mention is that aftermarket operating systems such as the Android-based LineageOS can extend the lifetime of smartphones by providing security updates long beyond those provided by vendors.

EncroChat sold customized Android handsets with GPS, camera, and microphone functionality removed. They were loaded with encrypted messaging apps as well as a secure secondary operating system (in addition to Android). The phones also came with a self-destruct feature that wiped the device if you entered a PIN.

The service had customers in 140 countries. While it was billed as a legitimate platform, anonymous sources told Motherboard that it was widely used among criminal groups, including drug trafficking organizations, cartels, and gangs, as well as hitmen and assassins.

EncroChat didn’t become aware that its devices had been breached until May after some users noticed that the wipe function wasn’t working. After trying and failing to restore the features and monitor the malware, EncroChat cut its SIM service and shut down the network, advising customers to dispose of their devices.

It goes without saying that I don’t want assassins, drug traffickers, and mafia types to be successful in life. However, I’m always a little concerned when there are attacks on encryption, as they’re compromising systems also potentially used by protesters, activists, and those who oppose the status quo.

The findings demonstrate how common it is for dialog in TV shows and other sources to produce false triggers that cause the devices to turn on, sometimes sending nearby sounds to Amazon, Apple, Google, or other manufacturers. In all, researchers uncovered more than 1,000 word sequences—including those from Game of Thrones, Modern Family, House of Cards, and news broadcasts—that incorrectly trigger the devices.

“The devices are intentionally programmed in a somewhat forgiving manner, because they are supposed to be able to understand their humans,” one of the researchers, Dorothea Kolossa, said. “Therefore, they are more likely to start up once too often rather than not at all.”

As anyone with voice assistant-enabled devices in their home will testify, the number of times they accidentally spin up, or misunderstand what you’re saying can be amusing. But we can and should be wary of what’s being listened to, and why.

Effective written communication becomes critical the more companies embrace remote work. With an aversion to ‘jumping on calls’ at a whim, and a preference for asynchronous communication… [most] communications [are] text-based, and so articulate and timely articulation becomes key.

This is from March and pretty clickbait-y, but everyone wants to know how they can improve – especially if didn’t work remotely before the pandemic. My experience is that actually most people are at Level 3 and, of course, I’d say that I and my co-op colleagues are at Level 5 given our experience…

Why Birds Can Fly Over Mount Everest

All mammals, including us, breathe in through the same opening that we breathe out. Can you imagine if our digestive system worked the same way? What if the food we put in our mouths, after digestion, came out the same way? It doesn’t bear thinking about! Luckily, for digestion, we have a separate in and out. And that’s what the birds have with their lungs: an in point and an out point. They also have air sacs and hollow spaces in their bones. When they breathe in, half of the good air (with oxygen) goes into these hollow spaces, and the other half goes into their lungs through the rear entrance. When they breathe out, the good air that has been stored in the hollow places now also goes into their lungs through that rear entrance, and the bad air (carbon dioxide and water vapor) is pushed out the front exit. So it doesn’t matter whether birds are breathing in or out: Good air is always going in one direction through their lungs, pushing all the bad air out ahead of it.

Montaigne Fled the Plague, and Found Himself

In the many essays of his life he discovered the importance of the moderate life. In his final essay, “On Experience,” Montaigne reveals that “greatness of soul is not so much pressing upward and forward as knowing how to circumscribe and set oneself in order.” What he finds, quite simply, is the importance of the moderate life. We must then, he writes, “compose our character, not compose books.” There is nothing paradoxical about this because his literary essays helped him better essay his life. The lesson he takes from this trial might be relevant for our own trial: “Our great and glorious masterpiece is to live properly.”

Every week, Bryan Alexander replies to the weekly Thought Shrapnel newsletter. Last week, he sent this article to both me and Chris Lott (who produces the excellent Notabilia).

We had a bit of a chat, with us sharing our love of How to Live: A Life of Montaigne in One Question and Twenty Attempts at An Answer by Sarah Bakewell, and well as the useful tidbits it’s possible glean from Stefan Zweig’s short biography simply entitled Montaigne.