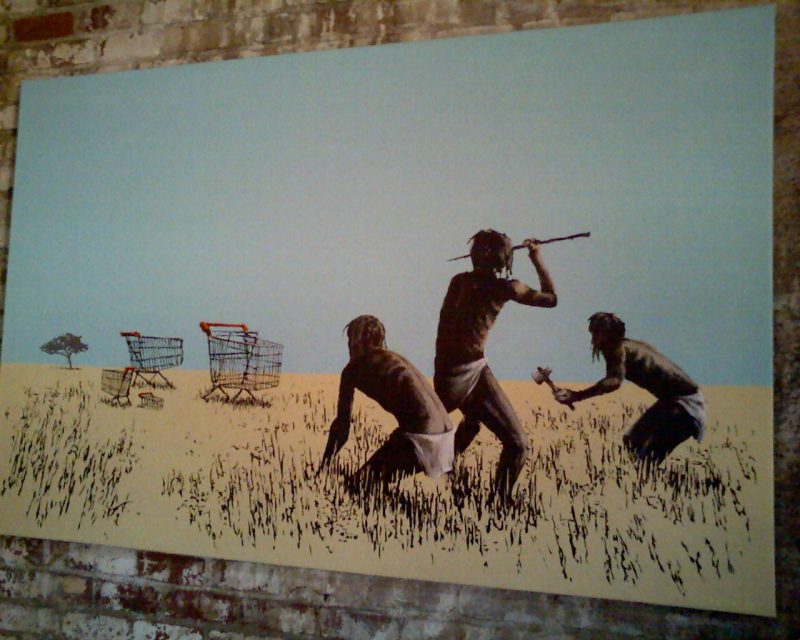 Inequality, anarchy, and the course of human history

Sometimes I’m reminded of the fact that I haven’t checked in with someone’s worth for a few weeks, months, or even years. I’m continually impressed with the work of my near-namesake Dougald Hine. I hope to meet him in person one day.

Going back through his recent work led me to a long article in Eurozine by David Graeber and David Wengrow about how we tend to frame history incorrectly.

Overwhelming evidence from archaeology, anthropology, and kindred disciplines is beginning to give us a fairly clear idea of what the last 40,000 years of human history really looked like, and in almost no way does it resemble the conventional narrative. Our species did not, in fact, spend most of its history in tiny bands; agriculture did not mark an irreversible threshold in social evolution; the first cities were often robustly egalitarian. Still, even as researchers have gradually come to a consensus on such questions, they remain strangely reluctant to announce their findings to the public­ – or even scholars in other disciplines – let alone reflect on the larger political implications. As a result, those writers who are reflecting on the ‘big questions’ of human history – Jared Diamond, Francis Fukuyama, Ian Morris, and others – still take Rousseau’s question (‘what is the origin of social inequality?’) as their starting point, and assume the larger story will begin with some kind of fall from primordial innocence.

Graeber and Wengrow essentially argue that most people start from the assumption that we have a choice between a life that is ‘nasty, brutish, and short’ (i.e. most of human history) or one that is more civilised (i.e. today). If we want the latter, we have to put up with inequality.

‘Inequality’ is a way of framing social problems appropriate to technocratic reformers, the kind of people who assume from the outset that any real vision of social transformation has long since been taken off the political table. It allows one to tinker with the numbers, argue about Gini coefficients and thresholds of dysfunction, readjust tax regimes or social welfare mechanisms, even shock the public with figures showing just how bad things have become (‘can you imagine? 0.1% of the world’s population controls over 50% of the wealth!’), all without addressing any of the factors that people actually object to about such ‘unequal’ social arrangements: for instance, that some manage to turn their wealth into power over others; or that other people end up being told their needs are not important, and their lives have no intrinsic worth. The latter, we are supposed to believe, is just the inevitable effect of inequality, and inequality, the inevitable result of living in any large, complex, urban, technologically sophisticated society.

But inequality is not the inevitable result of living in a civilised society, as they point out with some in-depth examples. I haven’t got space to go through them here, but suffice to say that it seems a classic case of historians cherry-picking their evidence.

As Claude Lévi-Strauss often pointed out, early Homo sapiens were not just physically the same as modern humans, they were our intellectual peers as well. In fact, most were probably more conscious of society’s potential than people generally are today, switching back and forth between different forms of organization every year. Rather than idling in some primordial innocence, until the genie of inequality was somehow uncorked, our prehistoric ancestors seem to have successfully opened and shut the bottle on a regular basis, confining inequality to ritual costume dramas, constructing gods and kingdoms as they did their monuments, then cheerfully disassembling them once again.

If so, then the real question is not ‘what are the origins of social inequality?’, but, having lived so much of our history moving back and forth between different political systems, ‘how did we get so stuck?’

Definitely worth a read, particularly if you think that ‘anarchy’ is the opposite of ‘civilisation’.