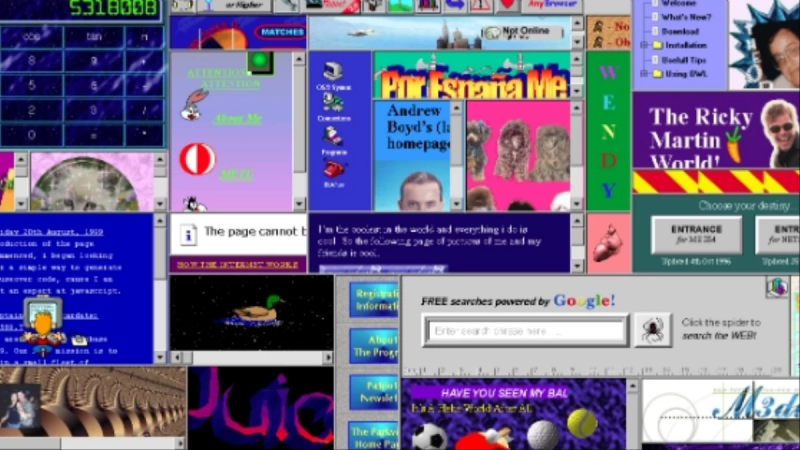 One of the things it’s easy to forget when you’ve been online for the last 20-plus years is that not everyone is in the same boat. Not only are there adults who never experienced the last millennium, but varying internet adoption rates mean that, for some people, centralised services like YouTube, Facebook and Twitter are synonymous with the web.

Stories are important. That’s why I appreciated this Hacker News thread with the perfect title and sub-title:

There’s lots to unpack here: corporate takeover of online spaces, veracity of information provided, and what the ‘purest form’ of the internet actually is/was.

Inevitably, given the readership of Hacker News, the top-voted post is technical (and slightly boastful):

1990. Not very many people had even heard of it. Some of us who’d gotten tired of wardialing and Telenet/Tymnet might have had friends in local universities who clued us in with our first hacked accounts, usually accessed by first dialing into university DECServers or X.25 networks. Overseas links from NSFNet could be as slow as 128kbit and you were encouraged to curtail your anonymous FTP use accordingly. Yes you could chat and play MUDs, but you could also hack so many different things. And admins were often relatively cool as long as you didn’t use their machines as staging points to hack more things. If you got your hands on an outdial modem or x.25 gateway, you were sitting pretty sweet (until someone examined the bill and kicked you out). It really helped to be conversant in not just Unix, but also VMS, IBM VM/CMS, and maybe even Primenet. When Phrack came out, you immediately read it and removed it from your mail spool, not just because it was enormous, but because admins would see it and label you a troublemaker.

We knew what the future was, but it was largely a secret. We learned Unix from library books and honed skills on hacked accounts, without any ethical issue because we honestly felt we were preparing ourselves and others for a future where this kind of thing should be available to everyone.

We just didn’t foresee it being wirelessly available at McDonalds, for free. That part still surprises me.

I’ve already detailed my early computing history (up to 2009) for a project that asked for my input. I’ll not rehash it here, but the summary is that I got my first PC when I was 15 for Christmas 1995, and (because my parents wouldn’t let me) secretly started going online soon after.

My memory of this from an information-sharing point of view was that you had to be very careful about what you read. Because the web was smaller, and it was only the people who were really interested in getting their stuff out there who had websites, there was a lot of crazy conspiracy theories. I’m kind of glad that I went on as a reasonably-mature teenager rather than a tween.

Although I’ve very happy to be able to make my living primarily online, I suppose I feel a bit like this commenter:

This will probably come across as Get Of My Lawn type of comment.
What I remember most about internet pre Facebook in particular and maybe Pre-smart phones. It was mostly a place for geeks. Geeks wrote blogs or had personal websites. Non geek stuff was more limited. It felt like a place where the geeks that were semi socially outcast kind of ran the place.

I’m not saying that’s bad. I think it’s awesome that my non tech friends and family can connect and or share their lives and thoughts easily where as before there was a barrier to entry. I’m only pointing out that, at least for me, it changed. It was a place I liked or felt connected to or something, maybe like I was “in the know” or I can’t put my finger on it. To now where I have no such feelings.

Maybe it’s the same feeling as liking something before it’s popular and it loses that feeling of specialness once everyone else is into it. (which is probably a bad feeling to begin with)

Another commenter pointed to a short blog post he wrote on the subject, where he talks about how things were better when everyone was anonymous:

When it was anonymous, your name wasn’t attached to everything you did online. Everyone went by a handle. This means you could start a Geocities site and carve out your own niche space online, people could befriend and follow you who normally wouldn’t, and even the strangest of us found a home. All sorts of whacky, impossible things were possible because we weren’t bound by societal norms that plague our daily existence.

I get that, but I think that things that make sense and are sustainable for the few, aren’t necessarily so for the many. There’s nothing wrong with nostalgia and telling stories about how things used to be, but as someone who used to teach the American West, there is (for better or worse) a parallel there with the evolution of the web.

The closest place to how the web was that I currently experience is Mastodon. It’s fully of geeks, marginalised groups, and weird/wacky ideas. You’d love it.