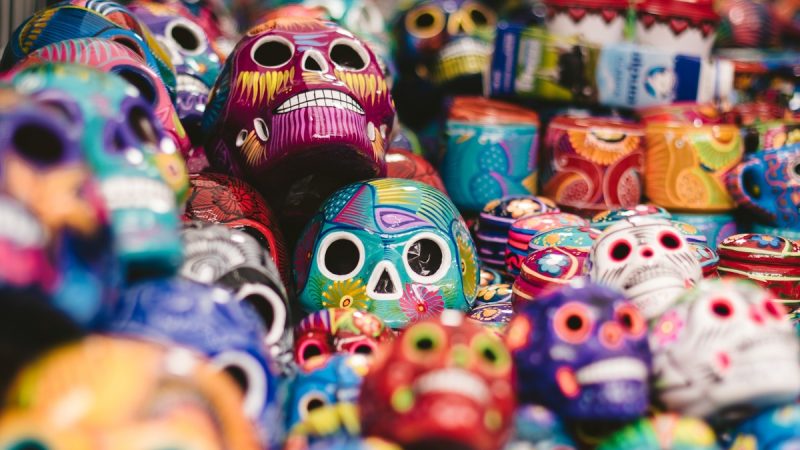 It is the child within us that trembles before death

So said Plato in his Phaedo. I’ve just returned from a holiday, much of which was dominated by finding out that a good friend of mine had passed away. It was a huge shock.

A few days later, author Austin Kleon sent out a newsletter noting that a few people he particularly admired had also died, and linked to a post about checking in with death. In it, he quotes advice from a pediatrician who works with patients in palliative care:

Be kind. Read more books. Spend time with your family. Crack jokes. Go to the beach. Hug your dog. Tell that special person you love them.

These are the things these kids wished they could’ve done more. The rest is details.

Despite my grandmother dying last year, I was utterly unprepared for the death of my friend. I had thought that by reading Stoic philosophy every day, and having a memento mori next to my bed, that I was somehow in tune with death. I really wasn’t.

I shed many tears for the first couple of days after hearing the news. While I was devastated by the loss of a good friend, I was also affected by the questions it raised about my own mortality.

I’m thankful for the strong support network of family and friends that have helped me with the grieving process. One friend in particular has a much healthier relationship with death than me. They said that they’ve come to see such times in their life as a useful opportunity to re-assess whether they’re on the right course.

That makes sense. I don’t want to waste the rest of the time I have left.

Some have no aims at all for their life’s course, but death takes them unawares as they yawn languidly – so much so that I cannot doubt the truth of that oracular remark of the greatest of poets: ‘It is a small part of life we really live.’ Indeed, all the rest is not life but merely time.

Some people seem to pack several lifetimes into their short time on earth. Others, not so much.

When I studied Philosophy as an undergraduate, I was always puzzled by Aristotle’s mention of Solon in the Nichomachean Ethics. He thought events and actions after a person’s death could affect their ‘happiness’.

On reflection, I think it’s a way of saying that the effect that someone has during their time on earth ⁠— for example, as a teacher — outlasts them. Their lives can be viewed in a ‘happy’ or ‘unhappy’ light based on how things turn out.

When someone close to you dies before they reach old age, we also mentally factor-in the happiness they could have experienced after they passed away. However, after the initial shock of them no longer being present comes the realisation that they (and you) wouldn’t have been around forever anyway.

Back in 2017, Zan Boag, editor of New Philosopher magazine, interviewed Hilde Lindemann, Professor of Philosophy at Michigan State University. In a wide-ranging interview, she commented:

Premature death is a tragedy, but I don’t think death at the end of a normal human life span should be met with anger and indignation. We humans can only take in so much, and in due season it will be time for us all to leave

As a husband and father, perhaps the hardest teaching from the Stoic philosophers around death comes from Epictetus in his Enchiridion. He expresses a similar thought in several different ways, but here is one formulation:

If you wish your children, and your wife, and your friends to live for ever, you are stupid; for you wish to be in control of things which you cannot, you wish for things that belong to others to be your own… Exercise, therefore, what is in your control.

Marcus Aurelius, whose Meditations we should remember were designed as a form of practical philosophical journal, also mentioned death a lot.

Do not act as if you had ten thousand years to throw away. Death stands at your elbow. Be good for something while you live and it is in your power.

I think the best thing to take from the experience of losing someone close to us other is to begin a life worth living right now. Not putting off for the future right action and virtuous living, but practising them immediately.

It’s certainly been a wake-up call for me. I’ll be reading even more books, giving my family more hugs, and standing up for the things in which I believe. Starting now. 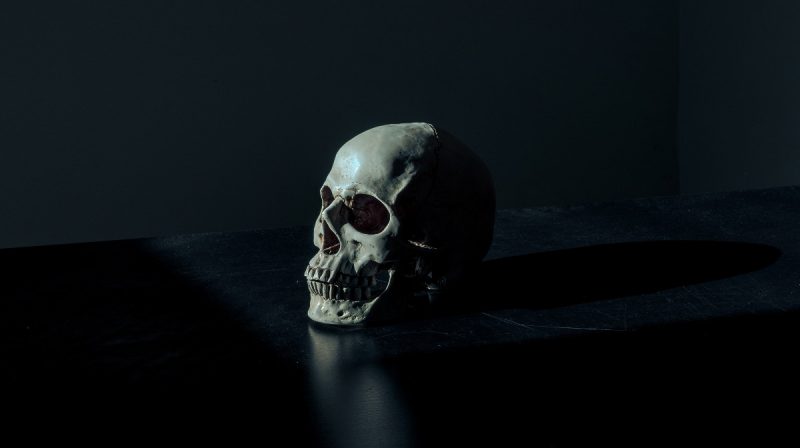 As I’ve mentioned before on Thought Shrapnel, next to my bed I have a memento mori, an object that reminds me that one day I will die.

My friend Ian O’Byrne had some sad news last week: his grandmother died. However, in an absolutely fantastic and very well-written post he wrote in the aftermath, he mentioned how meditating regularly on death, and having a memento mori has really helped him to live his life to the fullest.

I believe that it is reminders like this one that we desperately need in our own lives. It seems like a normal practice that may of us would rather ignore death, or do everything to avoid and pretend is not true. It may be the root of ego that causes us to run away from anything that reminds us of this reality. As a safety mechanism, we build this comfortable narrative that avoids this tough subject.

We also at times simply refuse to look at life as it is. We’re scared to meditate and reflect on the fact that we are all going to die. Just the fact that I wrote this post, and you’re reading it may strike you as a bit dark and macabre.

With all of our technological, surgical, and pharmaceutical inventions and devices, we expect, almost demand, to live a long life, live it in good health and look good doing it. We live in denial that we will die. But, previous civilizations were acutely aware of their own mortality. Memento mori was the philosophy of reflecting on your own death as a form of spiritual improvement, and rejecting earthly vanities.

So having a memento mori isn’t morbid, it’s actually a symbol that you’re looking to maximise your time here on earth. When I used a Mac, I had a skull icon at the top of the dock on the left-hand side of my screen.

There are multiple ways to include this process of memento mori in your life. For some, it is as simple as including artwork and symbols in your home and daily interactions. These may be symbols of mortality which encourage reflection on the meaning and fleetingness of life. In my home we have skulls in various pieces of art and sculptures that help serve as a reminder.

I had opportunity last week to revisit Buster Benson’s 2013 influential post Live Like a Hydra. In it, he references an experiment he called If I Lived 100 Times whereby he modelled life expectancy data for someone his age. It’s interesting reading and certainly makes you think. How many books will you read before you die? How many new countries will you travel to? It makes you think.

Back to Ian’s article and he turns to the Stoic philosopher Epictetus for some advice:

Memento mori is an opportunity, should you take it, to reflect on the invigorating and humbling aspects of life. By no means am I an expert on this. I still struggle daily with understanding my role and mission in life. In these struggles, I also need to remember that I may not wake up tomorrow. As stated by Epictetus, “Keep death and exile before your eyes each day, along with everything that seems terrible— by doing so, you’ll never have a base thought nor will you have excessive desire.” These opportunities to reflect and meditate provide an opportunity to create and enjoy the life you want.