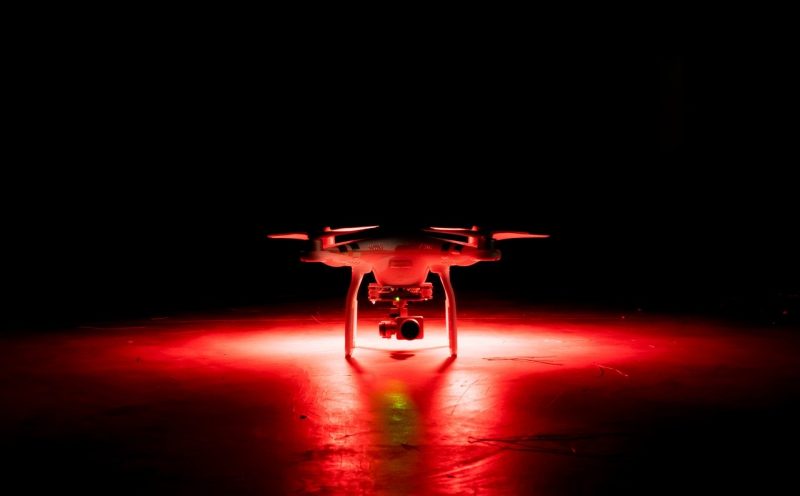 Today’s title comes from Edward Snowden, and is a pithy overview of the ‘nothing to hide’ argument that I guess I’ve struggled to answer over the years. I’m usually so shocked that an intelligent person would say something to that effect, that I’m not sure how to reply.

This, then, is the fifth article in my ongoing blogchain about post-pandemic society, which already includes:

It does not surprise me that those with either a loose grip on how the world works, or those who need to believe that someone, somewhere has ‘a plan’, believe in conspiracy theories around the pandemic.

What is true, and what can easily be mistaken for ‘planning’ is the preparedness of those with a strong ideology to double-down on it during a crisis. People and organisations reveal their true colours under stress. What was previously a long game now becomes a short-term priority.

For example, this week, the US Senate “voted to give law enforcement agencies access to web browsing data without a warrant”, reports VICE. What’s interesting, and concerning to me, is that Big Tech and governments are acting like they’ve already won the war on harvesting our online life, and now they’re after our offline life, too.

I have huge reservations about the speed in which Covid-19 apps for contact tracing are being launched when, ultimately, they’re likely to be largely ineffective.

We already know how to do contact tracing well and to train people how to do it. But, of course, it costs money and is an investment in people instead of technology, and privacy instead of surveillance.

TL;DR: there is no way that kind of app is going on my phone. I can’t imagine anyone who I know who understands tech even a little bit installing it either.

Whatever the mechanics of how it goes about doing it happen to be, the whole point of a contact tracing app is to alert you and the authorities when you have been in contact with someone with the virus. Depending on the wider context, that may or may not be useful to you and society.

However, such apps are more widely applicable. One of the things about technology is to think about the effects it could have. What else could an app like this have, especially if it’s baked into the operating systems of devices used by 99% of smartphone users worldwide?

The above diagram is Marshall McLuhan’s tetrad of media effects, which is a useful frame for thinking about the impact of technology on society.

The general reaction to this seemed to be one of eye-rolling and expressing some kind of Chinese exceptionalism when this was reported back in January.

Today, this Boston Dynamics robot is trotting around parks in Singapore reminding everyone about social distancing. What are these robots doing in five years’ time?

Drones in different countries are disinfecting the streets. What’s their role by 2030?

I think it’s drones that concern me most of all. Places like Baltimore were already planning overhead surveillance pre-pandemic, and our current situation has only accelerated and exacerbated that trend.

In that case, it’s US Predator drones that have previously been used to monitor and bomb places in the Middle East that are being deployed on the civilian population. These drones operate from a great height, unlike the kind of consumer drones that anyone can buy.

However, as was reported last year, we’re on the cusp of photovoltaic drones that can fly for days at a time:

This breakthrough has big implications for technologies that currently rely on heavy batteries for power. Thermophotovoltaics are an ultralight alternative power source that could allow drones and other unmanned aerial vehicles to operate continuously for days. It could also be used to power deep space probes for centuries and eventually an entire house with a generator the size of an envelope.

Not only will the government be able to fly thousands of low-cost drones to monitor the population, but they can buy technology, like this example from DefendTex, to take down other drones.

That is, of course, if civilian drones continue to be allowed, especially given the ‘security risk’ of Chinese-made drones flying around.

It’s interesting times for those who keep a watchful eye on their civil liberties and government invasion of privacy. Bear that in mind when tech bros tell you not to fear robots because they’re dumb. The people behind them aren’t, and they have an agenda. 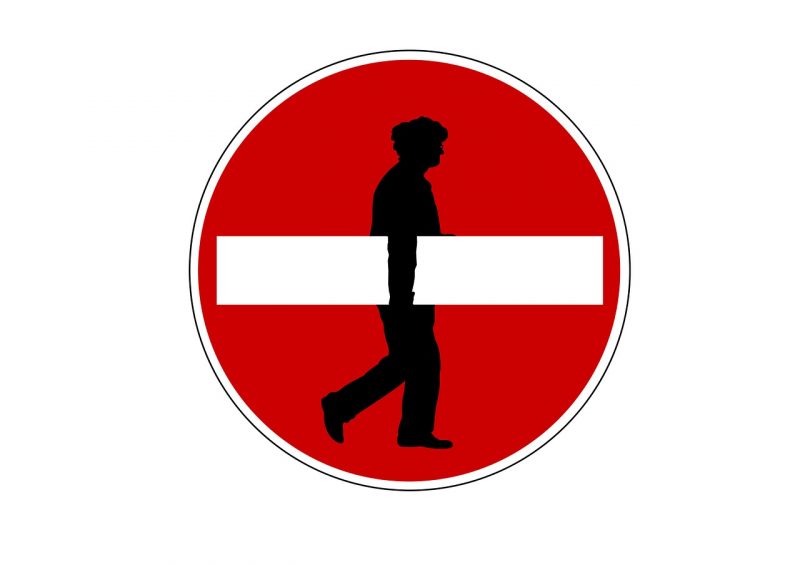 There is no exercise of the intellect which is not, in the final analysis, useless

A quotation from a short story from Jorge Luis Borges’ Labyrinths provides the title for today’s article. I want to dig into the work of danah boyd and the transcript of a talk she gave recently, entitled Agnotology and Epistemological Fragmentation. It helps us understand what’s going on behind the seemingly-benign fascias of social networks and news media outlets.

She explains the title of her talk:

Epistemology is the term that describes how we know what we know. Most people who think about knowledge think about the processes of obtaining it. Ignorance is often assumed to be not-yet-knowledgeable. But what if ignorance is strategically manufactured? What if the tools of knowledge production are perverted to enable ignorance? In 1995, Robert Proctor and Iain Boal coined the term “agnotology” to describe the strategic and purposeful production of ignorance. In an edited volume called Agnotology, Proctor and Londa Schiebinger collect essays detailing how agnotology is achieved. Whether we’re talking about the erasure of history or the undoing of scientific knowledge, agnotology is a tool of oppression by the powerful.

Having already questioned ‘media literacy’ the way it’s currently taught through educational institutions and libraries, boyd explains how the alt-right are streets ahead of educators when it comes to pushing their agenda:

One of the best ways to seed agnotology is to make sure that doubtful and conspiratorial content is easier to reach than scientific material. And then to make sure that what scientific information is available, is undermined. One tactic is to exploit “data voids.” These are areas within a search ecosystem where there’s no relevant data; those who want to manipulate media purposefully exploit these. Breaking news is one example of this.

Today’s drumbeat happens online. The goal is no longer just to go straight to the news media. It’s to first create a world of content and then to push the term through to the news media at the right time so that people search for that term and receive specific content. Terms like caravan, incel, crisis actor. By exploiting the data void, or the lack of viable information, media manipulators can help fragment knowledge and seed doubt.

Harold Jarche uses McLuhan’s tetrads to understand this visually, commenting: “This is an information war. Understanding this is the first step in fighting for democracy.”

We can teach children sitting in classrooms all day about checking URLs and the provenance of the source, but how relevant is that when they’re using YouTube as their primary search engine? Returning to danah boyd:

YouTube has great scientific videos about the value of vaccination, but countless anti-vaxxers have systematically trained YouTube to make sure that people who watch the Center for Disease Control and Prevention’s videos also watch videos asking questions about vaccinations or videos of parents who are talking emotionally about what they believe to be the result of vaccination. They comment on both of these videos, they watch them together, they link them together. This is the structural manipulation of media.

It’s not just the new and the novel. Even things that are relatively obvious to those of us who have grown up as adults online are confusing to older generations. As this article by BuzzFeed News reporter Craig Silverman points out, conspiracy-believing retirees have disproportionate influence on our democratic processes:

Older people are also more likely to vote and to be politically active in other ways, such as making political contributions. They are wealthier and therefore wield tremendous economic power and all of the influence that comes with it. With more and more older people going online, and future 65-plus generations already there, the online behavior of older people, as well as their rising power, is incredibly important — yet often ignored.

So when David Buckingham asks ‘Who needs digital literacy?’ I think the answer is everyone. Having been a fan of his earlier work, it saddens me to realise that he hasn’t kept up with the networked era:

These days, I find the notion of digital literacy much less useful – and to some extent, positively misleading. The fundamental problem is that the idea is defined by technology itself. It makes little sense to distinguish between texts (or media) on the grounds of whether they are analogue or digital: almost all media (including print media) involve the use of digital technology at some stage or other. Fake news and disinformation operate as much in old, analogue media (like newspapers) as they do online. Meanwhile, news organisations based in old media make extensive and increasing use of online platforms. The boundaries between digital and analogue may still be significant in some situations, but they are becoming ever more blurred.

Actually, as Howard Rheingold pointed out a number of years ago in Net Smart, and as boyd has done in her own work, networks change everything. You can’t seriously compare pre-networked and post-networked cultures in any way other than in contrast.

Buckingham suggests that, seeing as the (UK) National Literacy Trust are on the case, we “don’t need to reinvent the wheel”. The trouble is that the wheel has already been reinvented, and lots of people either didn’t notice, or are acting as though it hasn’t been.

There’s a related article by Anna Mckie in the THE entitled Teaching intelligence: digital literacy in the ‘alternative facts’ era which, unfortunately, is now behind a paywall. It reports on a special issue of the journal Teaching in Higher Education where the editors have brought together papers on the contribution made by Higher Education to expertise and knowledge in the age of ‘alternative facts’:

[S]ocial media has changed the dynamic of information in our society, [editor] Professor Harrison added. “We’ve moved away from the idea of experts who assess information to one where the validity of a statement is based on the likes, retweets and shares it gets, rather than whether the information is valid.”

The first task of universities is to go back to basics and “help students to understand the difference between knowledge and information, and how knowledge is created, which is separate to how information is created”, Professor Harrison said. “Within [each] discipline, what are the skills needed to assess that?”

Many assume that schools or colleges are teaching this, but that is not the case, he added. “Academics should also be wary of the extent to which they themselves understand the new paradigms of knowledge creation,” Professor Harrison warned.

One of the reasons I decided not to go into academia is that, certain notable exceptions aside, the focus is on explaining rather than changing. Or, to finish with another quotation, this time from Karl Marx, “Philosophers have hitherto only interpreted the world in various ways; the point is to change it.”