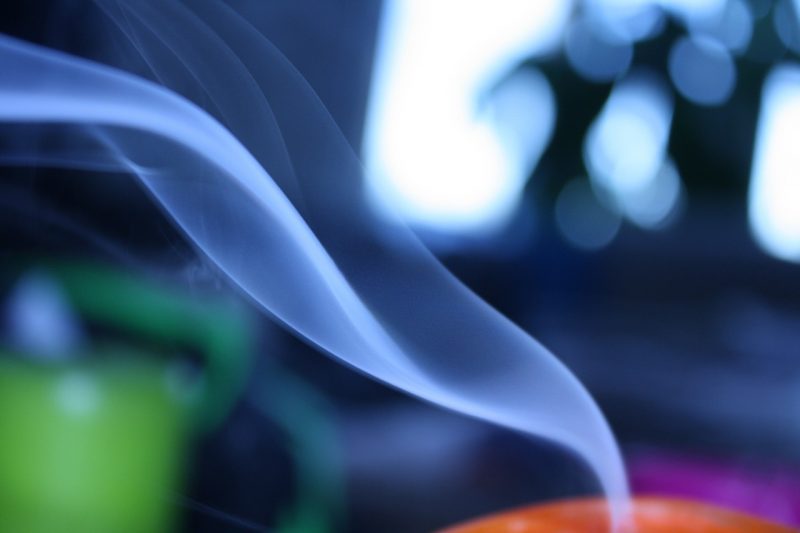 My bet is that you’ve spent most of this week reading news about the global pandemic. Me too. That’s why I decided to ensure it’s not mentioned at all in this week’s link roundup!

Let me know what resonates with you… 😷

Finding comfort in the chaos: How Cory Doctorow learned to write from literally anywhere

My writing epiphany — which arrived decades into my writing career — was that even though there were days when the writing felt unbearably awful, and some when it felt like I was mainlining some kind of powdered genius and sweating it out through my fingertips, there was no relation between the way I felt about the words I was writing and their objective quality, assessed in the cold light of day at a safe distance from the day I wrote them. The biggest predictor of how I felt about my writing was how I felt about me. If I was stressed, underslept, insecure, sad, hungry or hungover, my writing felt terrible. If I was brimming over with joy, the writing felt brilliant.

Such great advice in here from the prolific Cory Doctorow. Not only is he a great writer, he’s a great speaker, too. I think both come from practice and clarity of thought.

This is a site that specialises in important and interesting news that is updated regularly, but not on an hour-by-hour (or even daily) basis. A wonderful antidote to staring at your social media feed for updates!

SCARF: The 5 key ingredients for psychological safety in your team

There’s actually a mountain of compelling evidence that the single most important ingredient for healthy, high-performing teams is simple: it’s trust. When Google famously crunched the data on hundreds of high-performing teams, they were surprised to find that one variable mattered more than any other: “emotional safety.” Also known as: “psychological security.” Also known as: trust.

I used to work with Matt at Mozilla, and he’s a pretty great person to work alongside. He’s got a book coming out this year, and Laura (another former Mozilla colleague, but also a current co-op colleague!) drew my attention to this.

I’m an illustrator and I have always had a personal goal to draw all 62 US National Parks, but I wanted to find a unique twist for the project. When I found that there are one-star reviews for every single park, the idea for Subpar Parks was born. For each park, I hand-letter a line from the one-star reviews alongside my illustration of each park as my way of putting a fun and beautiful twist on the negativity.

I love this, especially as the illustrations are so beautiful and the comments so banal.

What Does a Screen Do?

We know, for instance, that smartphone use is associated with depression in teens. Smartphone use certainly could be the culprit, but it’s also possible the story is more complicated; perhaps the causal relationship works the other way around, and depression drives teenagers to spend more time on their devices. Or, perhaps other details about their life—say, their family background or level of physical activity—affect both their mental health and their screen time. In short: Human behavior is messy, and measuring that behavior is even messier.

This, via Ian O’Byrne, is a useful read for anyone who deals with kids, especially teenagers.

13 reads to save for later: An open organization roundup

For months, writers have been showering us with multiple, ongoing series of articles, all focused on different dimensions of open organizational theory and practice. That’s led to to a real embarrassment of riches—so many great pieces, so little time to catch them all.

So let’s take moment to reflect. If you missed one (or several) now’s your chance to catch up.

I’ve already shared some of the articles in this roundup, but I encourage you to check out the rest, and subscribe to opensource.com. It’s a great source of information and guidance.

It Doesn’t Matter If Anyone Exists or Not

Capitalism has always transformed people into latent resources, whether as labor to exploit for making products or as consumers to devour those products. But now, online services make ordinary people enact both roles: Twitter or Instagram followers for conversion into scrap income for an influencer side hustle; Facebook likes transformed into News Feed-delivery refinements; Tinder swipes that avoid the nuisance of the casual encounters that previously fueled urban delight. Every profile pic becomes a passerby—no need for an encounter, even.

An amazing piece of writing, in which Ian Bogost not only surveys previous experiences with ‘strangers’ but applies it to the internet. As he points out, there is a huge convenience factor in not knowing who made your sandwich. I’ve pointed out before that capitalism is all about scale, and at the end of the day, caring doesn’t scale, and scaling doesn’t care.

We desire quality moments and to make quality memories. It’s tempting to think that we can create quality time just by designating it so, such as via a vacation. That generally ends up backfiring due to our raised expectations being let down by reality. If we expect that our vacation is going to be perfect, any single mistake ruins the experience

In contrast, you are likely to get a positive surprise when you have low expectations, which is likely the case during a “normal day”. It’s hard to match perfection, and easy to beat normal. Because of this, it’s more likely quality moments come out of chance

There’s a lot of other interesting-but-irrelevant things in this newsletter, so scroll to the bottom for the juicy bit. I’ve quoted the most pertinent point, which I definitely agree with. There’s wisdom in Gramsci’s quotation about having “pessimism of the intellect, optimism of the will”.

The prodigal tech bro doesn’t want structural change. He is reassurance, not revolution. He’s invested in the status quo, if we can only restore the founders’ purity of intent. Sure, we got some things wrong, he says, but that’s because we were over-optimistic / moved too fast / have a growth mindset. Just put the engineers back in charge / refocus on the original mission / get marketing out of the c-suite. Government “needs to step up”, but just enough to level the playing field / tweak the incentives. Because the prodigal techbro is a moderate, centrist, regular guy. Dammit, he’s a Democrat. Those others who said years ago what he’s telling you right now? They’re troublemakers, disgruntled outsiders obsessed with scandal and grievance. He gets why you ignored them. Hey, he did, too. He knows you want to fix this stuff. But it’s complicated. It needs nuance. He knows you’ll listen to him. Dude, he’s just like you…

Now that we’re experiencing something of a ‘techlash’ it’s unsurprising that those who created surveillance capitalism have had a ‘road to Damascus’ experience. That doesn’t mean, as Maria Farrell points out, that we should all of a sudden consider them to be moral authorities.