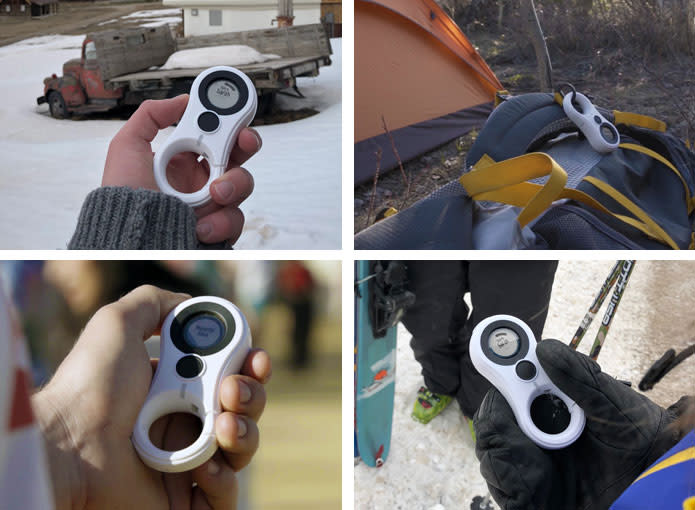 Finding friends and family without smartphones, maps, or GPS

When I was four years old we moved to the North East of England. Soon after, my parents took my grandmother, younger sister (still in a pushchair) and me to the Quayside market in Newcastle-upon-Tyne.

There’s still some disagreement as to how exactly it happened, but after buying a toy monkey that wrapped around my neck using velcro, I got lost. It’s a long time ago, but I can vaguely remember my decision that, if I couldn’t find my parents or grandmother, I’d probably better head back to the car. So I did.

45 minutes later, and after the police had been called, my parents found me and my monkey sitting on the bonnet of our family car. I can still remember the registration number of that orange Ford Escort: MAT 474 V.

That’s why I thought this Lynq tracker, currently being crowdfunded via Indiegogo was such a great idea. You can get the gist by watching the promo video:

Our family is off for two weeks around Europe this summer. While we’ve been a couple of times before, both involved taking our car and camping. This time, we’re interrailing and Airbnbing our way around, which increases the risk that one of our children gets lost.

Lync looks really simple and effective to use, but isn’t going to be shipping until November, — otherwise I would have backed this in an instant.