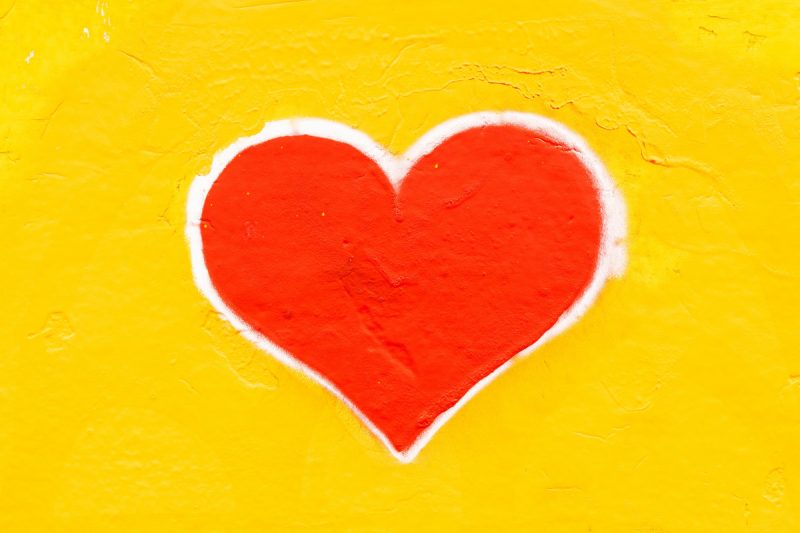 It’s Friday again, so I’m here trawling through not only the most interesting stuff that I’ve read this week, but also verbs that begin with the letter ‘f’.

Happy Valentine’s Day! Especially to my wonderful wife Hannah. We’ll have been together 20 years this coming May 😍

The problem – and the solution – to the issues of environment and poverty and the rest lie in the hands of those people who have the power to change what we’re doing as a society, the one percent who hold most of the world’s power and wealth. They benefit from environmental degradation and we pay the price, just as they benefit from oppressive labour laws, the corruption of government officials, and ownership of real and intellectual property.

This is a fantastic post and one that’s made me feel a bit better about the travel I do for work. Downes deconstructs various arguments, and shows the systemic problems around sustainability. Highly recommended.

Why innovation can’t happen without standardization

Perceptions play a role in the conflict between standardization and innovation. People who only want to focus on standardization must remember that even the tools and processes that they want to promote as “the standard” were once new and represented change. Likewise, people who only want to focus on innovation have to remember that in order for a tool or process to provide value to an organization, it has to be stable enough for that organization to use it over time.

Opensource.com is celebrating its 10-year anniversary, and it’s also a decade since I seem to have written for the first time about innovation being predicated on standardisation. I then expanded upon that a year later in this post. As DiMaggio says, innovation and standardisation are two halves of one solution.

How to reduce digital distractions: advice from medieval monks

Distraction is an old problem, and so is the fantasy that it can be dodged once and for all. There were just as many exciting things to think about 1,600 years ago as there are now. Sometimes it boggled the mind.

This, via Kottke, has a title rendolent of clickbait, and is an amusing diversion. It’s conclusion, however, is important, that distraction isn’t due to our smartphones, but due to the ways our brains are wired, and our lack of practice concentrating on things that are of importance and value.

The greater availability of paper in the 15th century meant more people could make books, with medical texts being some of the most popular. A guide to diagnosing diseases based on the colors of urine — a common approach in the era — has two pages illustrating several flasks, so the reader could readily compare this organized knowledge. A revolving “volvelle” diagram on another manuscript allowed readers to make their own astronomical calculations for the moon and time of night. Scraps of medieval songs on loose pages and herbals further demonstrate how practical usage was important in medieval design.

I think I came across this via Hacker News, which is always a great place to find interesting stuff, technical and otherwise. The photographs and illustrations are just beautiful.

As I have written elsewhere, PISA has the bad habit of looking for things that would work universally to improve education or at least test scores and ignoring contextual factors that may actually play a more important role in the quality of education. In so doing, PISA does not (or cannot) have a coherent conceptual framework for understanding education as a contextual and situated phenomenon. As a result, it just throws various variables into the equation and wishes that some would turn out to be the magical policy or practice that improves education, without thinking how the variables act and interact with each other in specific contexts.

Via Stephen Downes, I really appreciate this analysis of PISA test results, which compare students from different countries. To my mind, capitalism perpetuates the myth that we’re all in competition with each other, inculcating it at school. Nothing could be further from the truth; we humans are communicators and co-operators.

The 100 True Fans concept isn’t for everyone, nor is 1,000 True Fans. Creators that have larger, more diffuse audiences with weaker allegiance or engagement are likely better off monetizing through sponsorships or branded products. For many, that path will be more lucrative—and require less heavy lifting—than designing the sort of high-value, personalized program 100 True Fans demand.

An interesting read. There are currently 53 patrons of Thought Shrapnel, a number that I had hoped would be much higher by this point. Perhaps I need to pivot into exclusive content, or perhaps just return to sponsorship?

Regulator Ofcom to have more powers over UK social media

The government has now announced it is “minded” to grant new powers to Ofcom – which currently only regulates the media and the telecoms industry, not internet safety.

Ofcom will have the power to make tech firms responsible for protecting people from harmful content such as violence, terrorism, cyber-bullying and child abuse – and platforms will need to ensure that content is removed quickly.

They will also be expected to “minimise the risks” of it appearing at all.

While I’m all for reducing the amount of distressing, radicalising, and harmful content accessed by vulnerable people, I do wonder exactly how this will work. A slide in a recent ‘macro trends’ deck by Benedict Evans shows the difficulties faced by platforms, and society more generally.

Why People Get the ‘Sunday Scaries’

When I asked Anne Helen Petersen what would cure the Sunday scaries, she laughed and gave a two-word answer: “Fix capitalism.” “You have to get rid of the conditions that are creating precarity,” she says. “People wouldn’t think that universal health care has anything to do with the Sunday scaries, but it absolutely does … Creating a slightly different Sunday routine isn’t going to change the massive structural problems.”

One potential system-wide change she has researched—smaller than implementing universal health care, but still big—is a switch to a four-day workweek. “When people had that one more day of leisure, it opened up so many different possibilities to do the things you actually want to do and to actually feel restored,” she says.

As one t-shirt I saw put it: “You don’t hate Mondays. You hate Capitalism.”

A 2020 Retrospective on the History of Work

The future of work is Open. Open work practices allow for unhindered access to the right context, the bigger picture, and important information when it’s needed most. All teams can do amazing things when they work Open.

Via Kottke, this is an interesting summary of changes in the workplace since the 1950s. And of course, given I’m part of a co-op that “works to spread the culture, processes and benefits of open” the conclusion is spot-on.