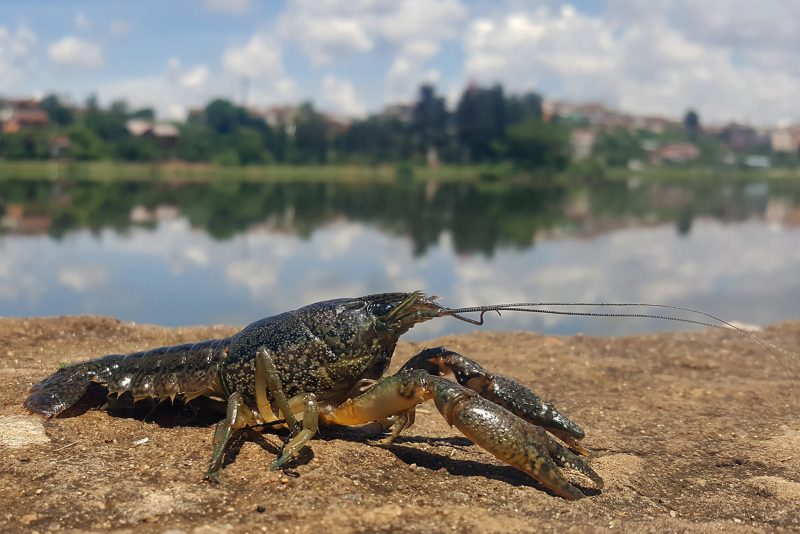 Europe is being taken over by crayfish that can clone themselves

I was a teenager when Dolly the sheep was cloned. It made me wonder why evolution seemed to favour species producing offspring from two parents. Why don’t creatures just clone themselves?

Well, it turns out that a new species of crayfish is doing exactly that:

Before about 25 years ago, the species simply did not exist. A single drastic mutation in a single crayfish produced the marbled crayfish in an instant.

The mutation made it possible for the creature to clone itself, and now it has spread across much of Europe and gained a toehold on other continents. In Madagascar, where it arrived about 2007, it now numbers in the millions and threatens native crayfish.

It looks like the mutation may have occurred in a German aquarium, and owners just haven’t known what to do with them:

For nearly two decades, marbled crayfish have been multiplying like Tribbles on the legendary “Star Trek” episode. “People would start out with a single animal, and a year later they would have a couple hundred,” said Dr. Lyko.

Many owners apparently drove to nearby lakes and dumped their marmorkrebs. And it turned out that the marbled crayfish didn’t need to be pampered to thrive. Marmorkrebs established growing populations in the wild, sometimes walking hundreds of yards to reach new lakes and streams. Feral populations started turning up in the Czech Republic, Hungary, Croatia and Ukraine in Europe, and later in Japan and Madagascar.

They’re not likely to completely take over the earth, however. Having the same DNA, they have the same susceptibility to disease and changing environmental conditions:

There are a lot of clear advantages to being a clone. Marbled crayfish produce nothing but fertile offspring, allowing their populations to explode. “Asexuality is a fantastic short-term strategy,” said Dr. Tucker.

In the long term, however, there are benefits to sex. Sexually reproducing animals may be better at fighting off diseases, for example.

If a pathogen evolves a way to attack one clone, its strategy will succeed on every clone. Sexually reproducing species mix their genes together into new combinations, increasing their odds of developing a defense.

I’m not eating meat at the moment, but I am eating (shell)fish. So I’m imagining a sustainabile source of tasty, tasty crayfish…