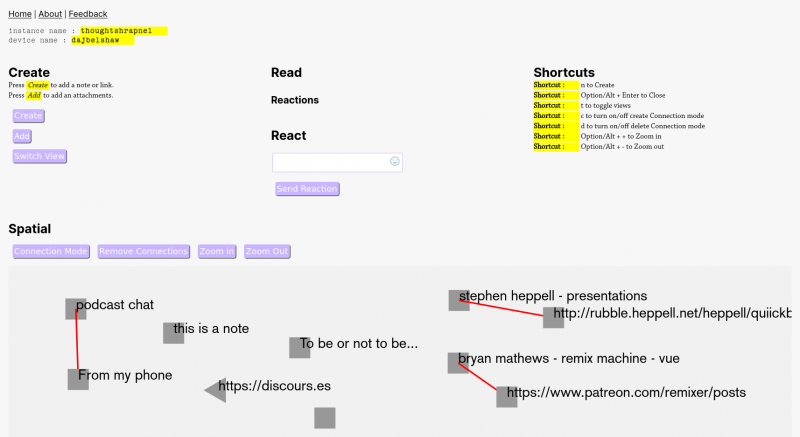 This week, I’ve been delighted to be able to catch up with Adam Procter, academic, games designer, open advocate, and long-time supporter of Thought Shrapnel.

We discussed everything from the IndieWeb to his PhD project, with relevant links below! 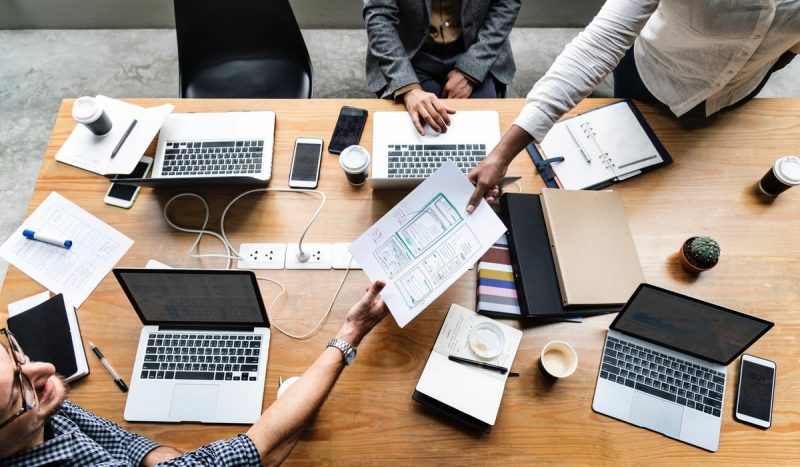 I work, for the most part, in my home office. Physically-speaking it’s a solitary existence as my office is separate to my house. However, I’m constantly talking to people via Telegram, Slack, and Mastodon. It doesn’t feel lonely at all.

So this article about collaboration, which I discovered via Stowe Boyd, is an interesting one:

If you’re looking to be brave and do something entirely new, involving more people at the wrong time could kill your idea.

Work at MIT found that collaboration—where a bunch of people put their heads together to try to come up with innovative solutions—generally “reduced creativity due to the tendency to incrementally modify known successful designs rather than explore radically different and potentially superior ones.”

I’m leading a project at the moment which is scheduled to launch in January 2019. It’s potentially going to be used by hundreds of people in the MVP, and then thousands (and maybe hundreds of thousands) after that.

Yet, when I was asked recently whether I’d like more resources, I said “after the summer”. Why? Because every time you add someone new, it temporarily slows down your project. The same can be true when you’re coming up with ideas. You can go faster alone, but further together.

Many people are at their most creative during solitary activities like walking, relaxing or bathing, not when stuck in a room with people shouting at them from a whiteboard.

Indeed a study found that “solitude can facilitate creativity–first, by stimulating imaginative involvement in multiple realities and, second, by ‘trying on’ alternative identities, leading, perhaps, to self-transformation.”

Essentially just being around other people can keep creative people from thinking new thoughts.

I think this article goes a little too far in discounting the value of collaboration. For example, here’s three types of facilitated thinking that I have experience with that work well for both introverts and extroverts:

That being said, I do agree with the author when he says:

Once you’ve unearthed radical ideas from people, they need nurturing. They need protecting from group-think meetings and committees who largely express speculated unevidenced opinions based on current preferences from past experiences.

Design thinking has a bias towards action: it resists talking yourself out of trying something radical. Creating prototypes helps you to think about your idea in a concrete manner, and get it to test before it gets dumbed down.

Chances are, that crazy idea you had will get toned down if you let too many people look at it. Protect the radical and push it hard! 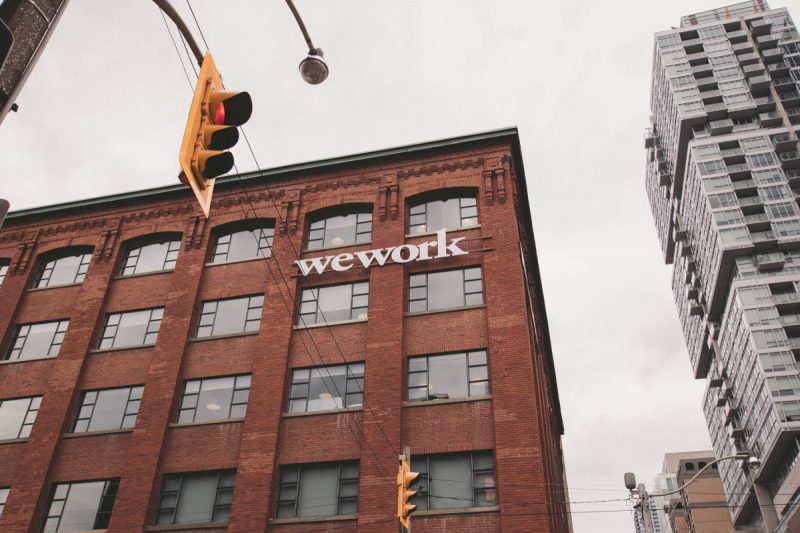 Space as a service

This isn’t the most well-written post I’ve read this year, but it does point to a shift that I’ve noticed — perhaps because I work remotely.

Increasingly we are moving to an almost post consumer world where we are less bothered about accumulating more stuff and much more interested in being provided with services, experiences and ephemeral pleasures.

So Uber instead of Cars, Spotify instead of CD’s, Netflix instead of DVD’s: on-demand this, on-demand that. Why bother to own something you seldom use, that becomes out of date rapidly, or that you really cannot afford. Rent it when you need it.

Some might think that these are things ‘Millennials’ do, but if that generation is defined as those born from 1980 onwards then some of those are almost 40 years old. It’s not a trend that’s going away.

When you’re used to paying monthly for software, streaming music and films instead of buying them, and renting accommodation (because you’re priced out of the housing market), then you start thinking differently about the world.

Just as it is now easy to buy almost any Software as a Service, so it will become with real estate. Space, as a Service, is the future of real estate. On demand and where you buy exactly the features, and services, you need, whenever and wherever you are.

Key though is that this extends beyond spaces rented on-demand; regardless of tenure it will become important to be able to also rent or purchase on-demand all the services one might need to make the most of your space, or to enable the most productive use of that space.

So for businesses who employ people who can do most of what they do from anywhere, the problem becomes co-ordination rather than office space. Former Mozilla colleague John O’Duinn makes this point in his upcoming book.

So companies like WeWork are already huge, and continue to grow rapidly.

So how will all this change supply?

Well you have people who:

The answer, to me, has to be #Space As a Service – space that takes account of these four trends. Space that is specifically designed to allow humans to do what they are good at.

I think this is a hugely exciting time. I’m just hoping that we see a similar revolution around equity, both in terms of diversity within organisations and shared ownership of them. 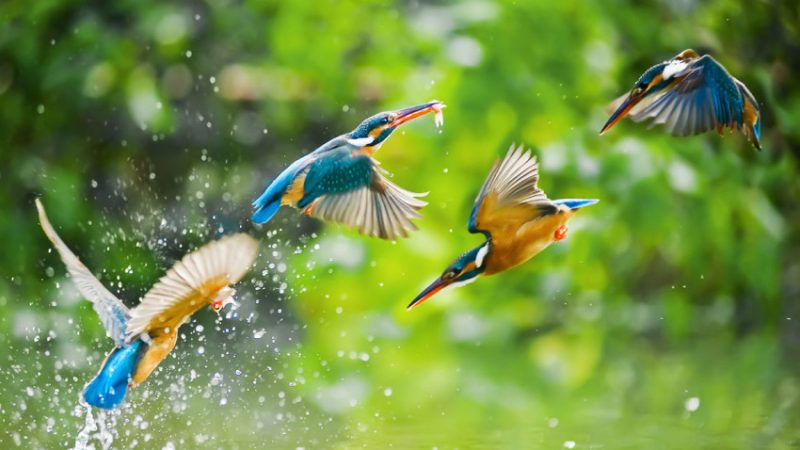 How to be super-productive

Not a huge sample size, but this article has studied what makes ‘super-productive’ people tick:

We collected data on over 7,000 people who were rated by their manager on their level of their productivity and 48 specific behaviors. Each person was also rated by an average of 11 other people, including peers, subordinates, and others. We identified the specific behaviors that were correlated with high levels of productivity — the top 10% in our sample — and then performed a factor analysis.

Here’s the list of seven things that came out of the study:

In my experience, you could actually just focus on helping people with three things:

That’s certainly been my experience of high-performers over my career so far! 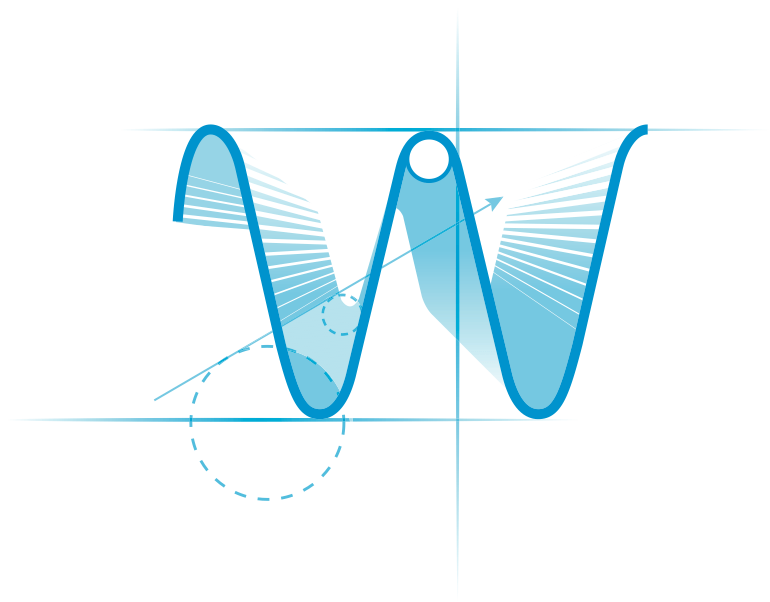 This article is entitled ‘How not to replace email’ and details both the demise of Google Wave and it’s open source continuation, Apache Wave:

As of a month ago, the Apache Wave project is “retired”. Few people noticed; in the seven years that Wave was an Apache Incubator open source project, it never had an official release, and was stuck at version 0.4-rc10 for the last three years.

Yes, I know! There’s been a couple of times over the last few years when I’ve thought that Wave would have been perfect for a project I was working on. But the open source version never seemed to be ‘ready’.

The world want ready for it in 2010, but now would seem to be the perfect time for something like Wave:

2017 was a year of rapidly growing interest in federated communications tools such as Mastodon, which is an alternative to Twitter that doesn’t rely on a single central corporation. So this seems like a good time to revisit an early federated attempt to reinvent how we use the internet to communicate with each other.

As the author notes, the problem was the overblown hype around it, causing Google to pull it after just three months. He quoted a friend of his who at one time was an active user:

We’d start sending messages with lots of diagrams, sketches, and stuff cribbed from Google Images, and then be able to turn those sort of longer-than-IM-shorter-than-email messages into actual design documents gradually.

In fact, I’d argue that even having a system that’s a messaging system designed for “a paragraph or two” was on its own worthwhile: even Slack isn’t quite geared toward that, and contrariwise, email […] felt more heavyweight than that. Wave felt like it encouraged the right amount of information per message.

I feel this too, and it’s actually something we’ve been talking about for internal communications at Moodle. Telegram, (which we use kind of like Slack) is good for short, sharp communication, but there’s a gulf between that and, say, an email conversation or threaded forum discussion.

Perhaps this is the sweet spot for the ‘social networking’ aspect of Project MoodleNet?

Wave’s failure didn’t have anything to do with the ideas that went into it.

Those ideas and goals are sound, and this failure even provided good evidence that there’s a real need for something kind of like Wave: fifty thousand people signed a petition to “Save Google Wave” after Google announced they were shutting Wave down. Like so many petitions, it didn’t help (obviously), but if a mediocre implementation got tens of thousands of passionate fans, what could a good implementation do?

Helpfully, the author outlines some projects he’s been part of, after stating (my emphasis):

I’d say the single most important lesson to take away here, for a technology project at least, is that interoperability is key.

It’s a really useful article with many practical applications (well, for me at least…) 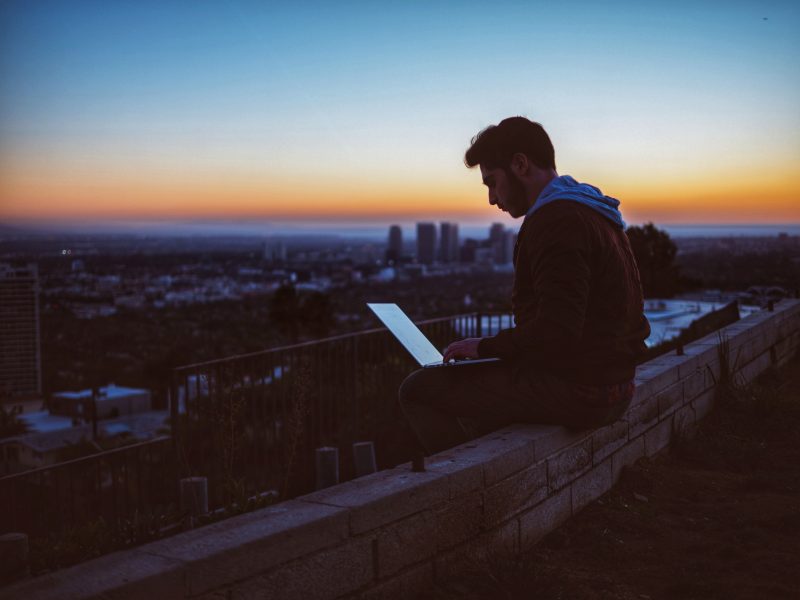 Technology to connect and communicate

People going to work in factories and offices is a relatively recent invention. For most of human history, people have worked from, or very near to, their home.

But working from home these days is qualitatively different, because we have the internet, as Sarah Jaffe points out in a recent newsletter:

Freelancing is a strange way to work, not because self-supervised labor in the home doesn’t have a long history that well predates leaving your house to go to a workplace, but because it relies so much on communication with the outside. I’m waiting on emails from editors and so I am writing to you, my virtual water-cooler companions.

The internet, then, serves to make work less isolated. I have chats going a lot of the day, unless I’m in super drill-down writing mode, which is less of my job than many people probably expect. My friends have helped me figure out thorny issues in a piece I’m writing and helped me figure out what to write in an email to an editor who’s dropped off the face of the earth and advised me on how much money to ask for. It’s funny, there are so many stories about the way the internet is making us lonely and isolated, and it is sometimes my only human contact. My voice creaked when I answered the phone this morning because I hadn’t yet used it today.

The problem is that capitalism forces us into a situation where we’re competing with others rather than collaborating with them:

How do we use technology to connect and communicate rather than compete? How do we have conversations that further our understandings of things?

I don’t actually think it’s solely a technology problem, although every technology has inbuilt biases. It’s also a problem to be solved at the societal ‘operating system’ level through, for example, co-owning the organisation for which you work.