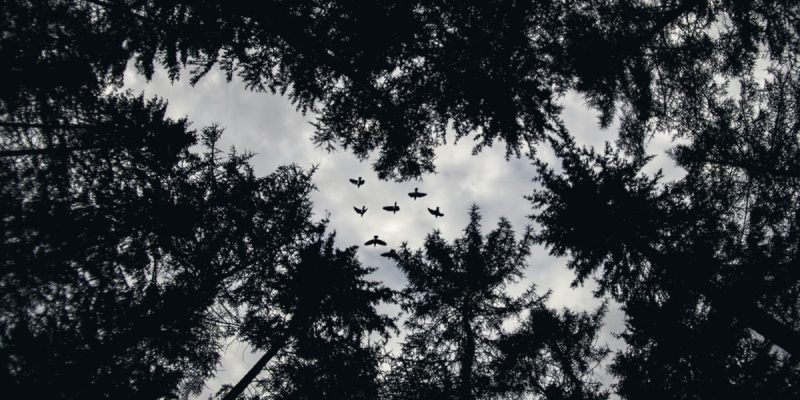 I think it’s alright to say that this was a week when my spirits dropped a little. Apologies if that’s not what you wanted to hear right now, and if it’s reflected in what follows.

We’re Finding Out How Small Our Lives Really Are

But there’s no reason to put too sunny a spin on what’s happening. Research has shown that anticipation can be a linchpin of well-being and that looking ahead produces more intense emotions than retrospection. In a 2012 New York Times article on why people thirst for new experiences, one psychologist told the paper, “Novelty-seeking is one of the traits that keeps you healthy and happy and fosters personality growth as you age,” and another referred to human beings as a “neophilic species.” Of course, the current blankness in the place of what comes next is supposed to be temporary. Even so, lacking an ability to confidently say “see you later” is going to have its effects. Have you noticed the way in which conversations in this era can quickly become recursive? You talk about the virus. Or you talk about what you did together long ago. The interactions don’t always spark and generate as easily as they once did.

Part of the problem with all of this is that we don’t know how long it’s going to last, so we can’t really make plans. It’s like an extended limbo where you’re supposed to just get on with it, whatever ‘it’ is…

Career Moats in a Recession

If you’re going after a career moat now, remember that the best skills to go after are the ones that the market will value after the recession ends. You can’t necessarily predict this — the world is complex and the future is uncertain, but you should certainly keep the general idea in mind.

A simpler version of this is to go after complementary skills to your current role. If you’ve been working for a bit, it’s likely that you’ll have a better understanding of your industry than most. So ask yourself: what complementary skills would make you more valuable to the employers in your job market?

I’m fortunate to have switched from education to edtech at the right time. Elsewhere, James says that “job security is the ability to get your next job, not keep your current one” and that this depends on your network, luck, and having “rare and valuable skills”. Indeed.

Everything Is Innovative When You Ignore the Past

This is hard stuff, and acknowledging it comes with a corollary: We, as a society, are not particularly special. Vinsel, the historian at Virginia Tech, cautioned against “digital exceptionalism,” or the idea that everything is different now that the silicon chip has been harnessed for the controlled movement of electrons.

It’s a difficult thing for people to accept, especially those who have spent their lives building those chips or the software they run. “Just on a psychological level,” Vinsel said, “people want to live in an exciting moment. Students want to believe they’re part of a generation that’s going to change the world through digital technology or whatever.”

Everyone thinks they live in ‘unprecedented’ times, especially if they work in tech.

‘We can’t go back to normal’: how will coronavirus change the world?

But disasters and emergencies do not just throw light on the world as it is. They also rip open the fabric of normality. Through the hole that opens up, we glimpse possibilities of other worlds. Some thinkers who study disasters focus more on all that might go wrong. Others are more optimistic, framing crises not just in terms of what is lost but also what might be gained. Every disaster is different, of course, and it’s never just one or the other: loss and gain always coexist. Only in hindsight will the contours of the new world we’re entering become clear.

An interesting read, outlining the optimistic and pessimistic scenarios. The coronavirus pandemic is a crisis, but of course what comes next (CLIMATE CHANGE) is even bigger.

The Terrible Impulse To Rally Around Bad Leaders In A Crisis

This tendency to rally around even incompetent leaders makes one despair for humanity. The correct response in all cases is contempt and an attempt, if possible, at removal of the corrupt and venal people in charge. Certainly no one should be approving of the terrible jobs they [Cuomo, Trump, Johnson] have done.

All three have or will use their increased power to do horrible things. The Coronavirus bailout bill passed by Congress and approved by Trump is a huge bailout of the rich, with crumbs for the poor and middle class. So little, in fact, that there may be widespread hunger soon. Cuomo is pushing forward with his cuts, and I’m sure Johnson will live down to expectations.

I’m genuinely shocked that the current UK government’s approval ratings are so high. Yes, they’re covering 80% of the salary of those laid-off, but the TUC was pushing for an even higher figure. It’s like we’re congratulating neoliberal idiots for destroying our collectively ability to be able to respond to this crisis effectively.

Yet ratcheting up surveillance to combat the pandemic now could permanently open the doors to more invasive forms of snooping later. It is a lesson Americans learned after the terrorist attacks of Sept. 11, 2001, civil liberties experts say.

Nearly two decades later, law enforcement agencies have access to higher-powered surveillance systems, like fine-grained location tracking and facial recognition — technologies that may be repurposed to further political agendas like anti-immigration policies. Civil liberties experts warn that the public has little recourse to challenge these digital exercises of state power.

I’ve seen a lot of suggestions around smarpthone tracking to help with the pandemic response. How, exactly, when it’s trivial to spoof your location? It’s just more surveillance by the back door.

How to Resolve Any Conflict in Your Team

Have you ever noticed that when you argue with someone smart, if you manage to debunk their initial reasoning, they just shift to a new, logical-sounding reason?

Reasons are like a salamander’s legs — if you cut one off, another grows in its place.

When you’re dealing with a salamander, you need to get to the heart. Forget about reasoning and focus on what’s causing the emotions. According to [non-violent communication], every negative emotion is the result of an unmet, universal need.

Great advice here, especially for those who work in organisations (or who have clients) who lack emotional intelligence.

When the current crisis is over in terms of infection, the social and economic impact will be felt for a long time. One such hangover is likely to be the shift to online for so much of work and interaction. As the cartoon goes “these meetings could’ve been emails all along”. So let’s jump forward then a few years when online is the norm.

Some of the examples given in this post gave me a much-needed chuckle.

However, now that many of us are finding we have time on our hands, it could be the opportunity we need to attempt some of the more chronologically demanding narrative video game masterpieces of the last decade.

Well, yes, but what we probably need even more is multiplayer mode. Red Dead Redemption II is on this list, and it’s one of the best games ever made. However, it’s tinged with huge sadness for me as it’s a game I greatly enjoyed playing with the late, great, Dai Barnes.