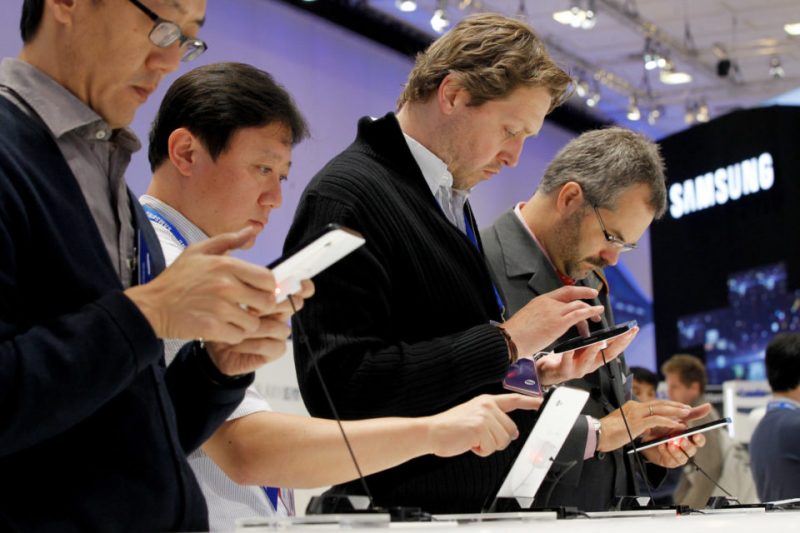 BERLIN - SEPTEMBER 02: Visitors try out the new Samsung Galaxy Tab, a product that has features and looks similar to the Apple iPad, at the Samsung stand at the 2010 IFA technology and consumer electronics trade fair at Messe Berlin on September 2, 2010 in Berlin, Germany. The 2010 IFA will be open to the public from September 3-8. (Photo by Sean Gallup/Getty Images)