I read recently that some tarantulas keep tiny frogs as ‘pets’. Of course, I had to do some more digging and found out that’s not quite true, and if it were, it would be more like the other way around (as some tarantulas are so docile!) 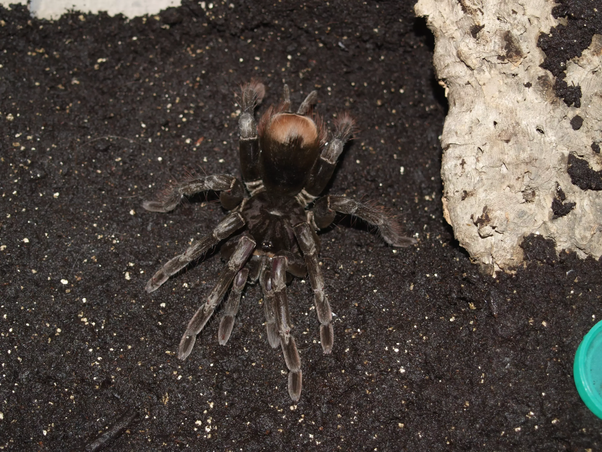 I’ve seen some “sources” (and I really do use the word source here in it’s least possible capacity) try to say that the frogs eat potential nuisances to the spider like ants, mites and other nasties which is why the spider keeps it around. This is silly for a few reasons. 1. Tarantulas line the entire length of their burrow (which can be several feet deep) with thick sticky web. This prevents things like small insects from burrowing into or walking into their homes. Anything large enough to do so is too big to be eaten by the frog. 2. These frogs don’t even eat stuff like mites or springtails. The prey items are far too small for them to bother with. 3. If there are enough ants to bother a tarantula of this size the frog is going to die if it sticks around anyway.

Source: Is it true that some tarantulas keep tiny frogs as pets? – Quora

Next Briar now does pictures

Previous More US electoral chaos to come in 2024?