The farmer uses his plough as his form of work

Someone mentioned this in passing and I looked it up and thought it was neat. 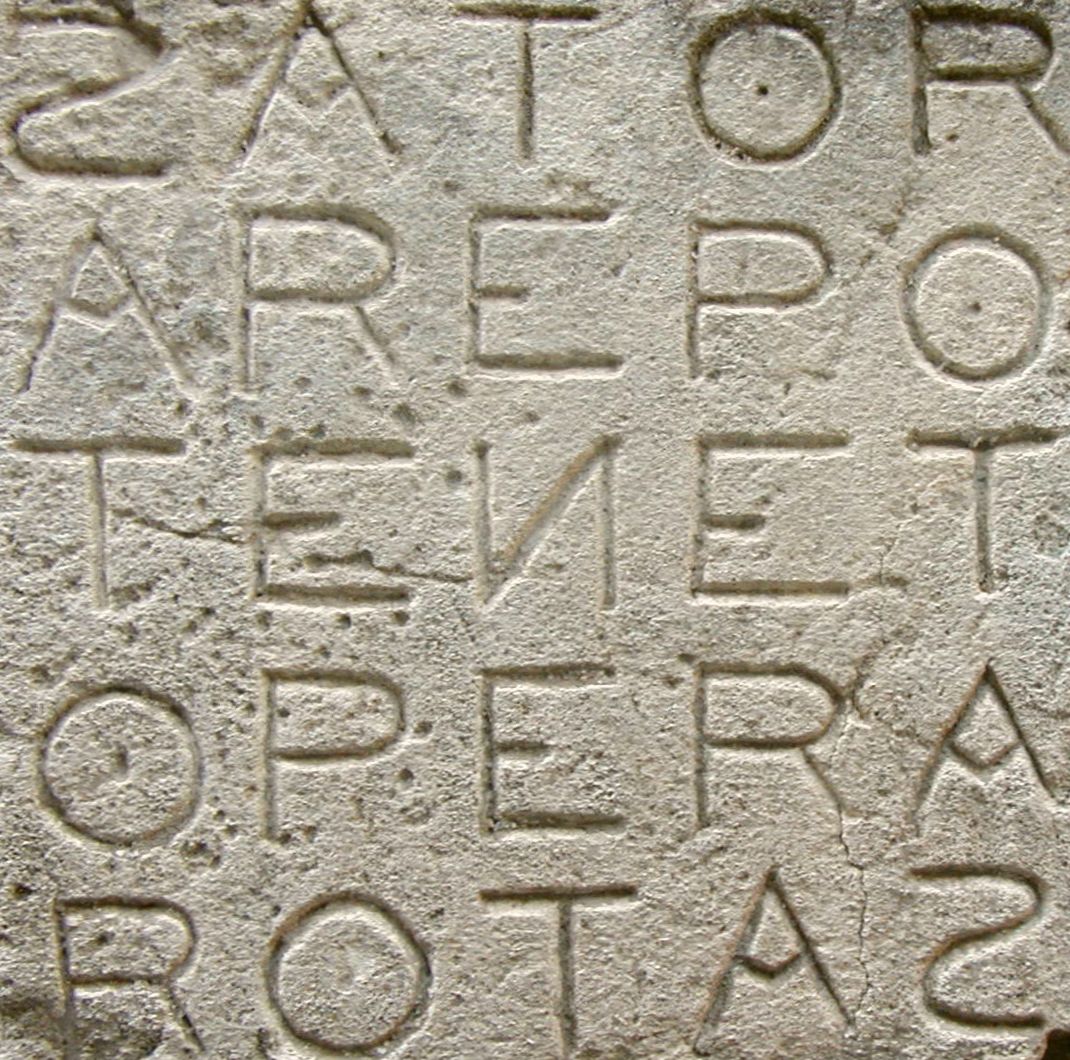 The Sator Square (or Rotas Square) is a two-dimensional word square containing a five-word Latin palindrome. It features in early Christian as well as in magical contexts. The earliest example of the square dates from the ruins of Pompeii, which some scholars attribute to pre-Christian origins, such as Jewish or Mithraic.

Next Taking breaks to be more human

Previous Invisible sculptures are the logical conclusion of NFTs