I can’t even imagine how difficult this must have been to type on! 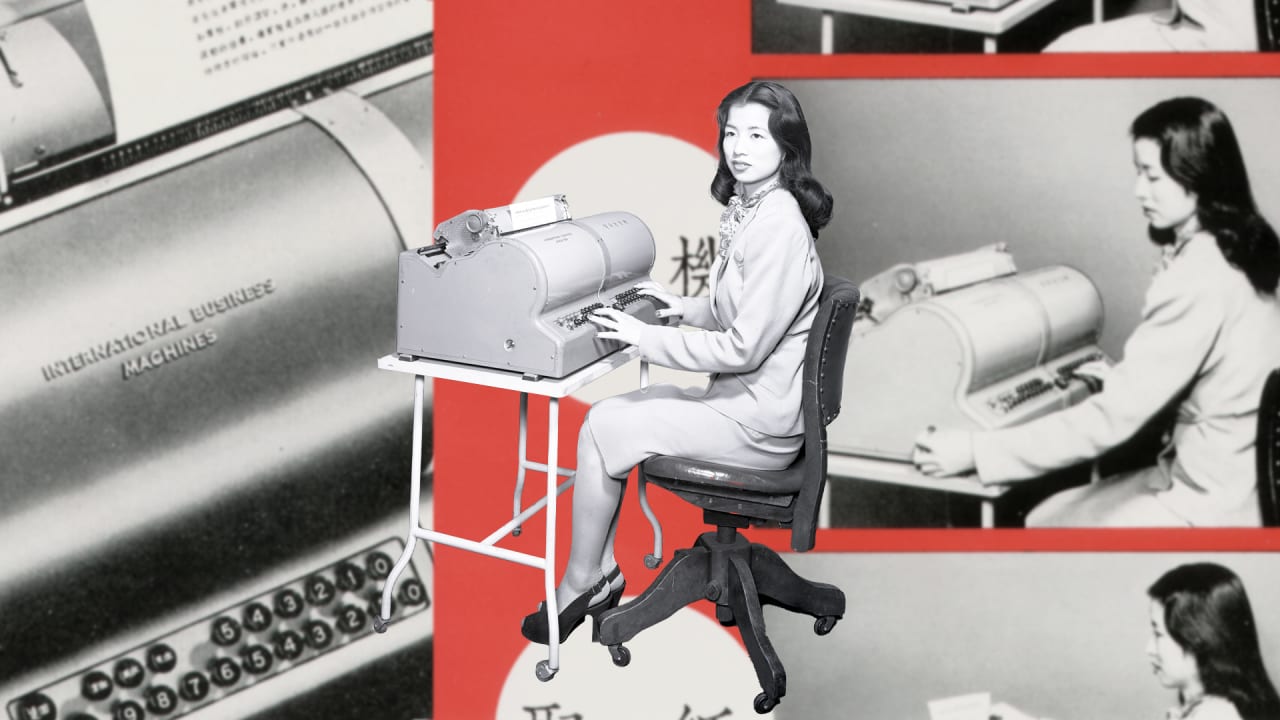 The IBM Chinese typewriter was a formidable machine—not something just anyone could handle with the aplomb of the young typist in the film. On the keyboard affixed to the hulking, gunmetal gray chassis, 36 keys were divided into four banks: 0 through 5; 0 through 9; 0 through 9; and 0 through 9. With just these 36 keys, the machine was capable of producing up to 5,400 Chinese characters in all, wielding a language that was infinitely more difficult to mechanize than English or other Western writing systems.

To type a Chinese character, one depressed a total of 4 keys—one from each bank—more or less simultaneously, compared by one observer to playing a chord on the piano. Just as the film explained, “if you want to type word number 4862 you would press 4-8-6-2 and the machine would type the right character.⁠”

Each four-digit code corresponded with a character etched on a revolving drum inside the typewriter. Spinning continuously at a speed of 60 revolutions per minute, or once per second, the drum measured 7 inches in diameter, and 11 inches in length. Its surface was etched with 5,400 Chinese characters,⁠ letters of the English alphabet, punctuation marks, numerals, and a handful of other symbols.

Next A web-based commonplace book

Previous Working from near home