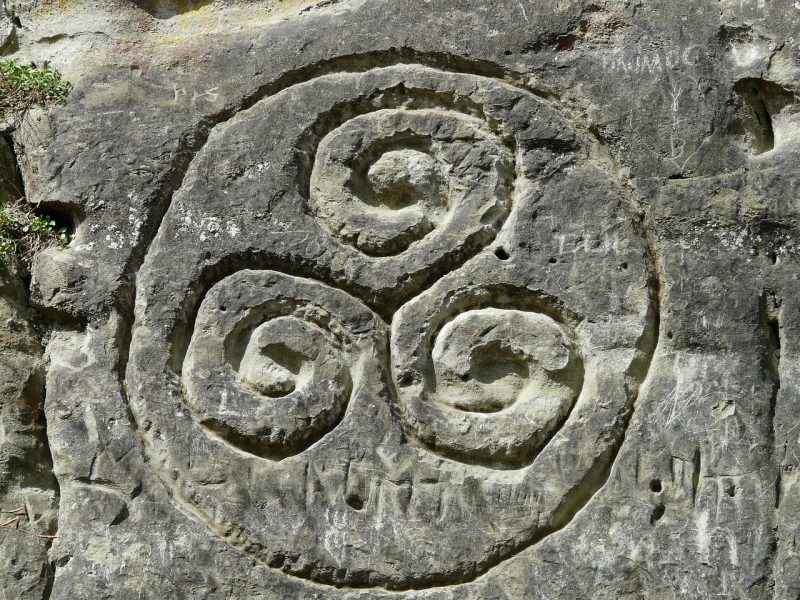 Every week, I go back through the links I’ve saved, pick out the best ones, and share them here. This week is perhaps even more eclectic than usual. Enjoy!

Marcus was the first to start gardening in the park, though he was quickly joined by friends and strangers. This isn’t the work of a casual amateur; Henderson has an Energy Resources Engineering degree from Stanford University, a Master’s degree in Sustainability in the Urban Environment, and years of experience working in sustainable agriculture. His Instagram shows him hard at work on various construction and gardening projects, and he’s done community development at organic farms around the world.

I love this short article about Marcus Henderson, the first person to start planting in Seattle’s Capitol Hill Autonomous Zone.

The Rich Are ‘Defunding’ Our Democracy

“Apparently,” comments [journalist David] Sirota, “we’re expected to be horrified by proposals to reduce funding for the militarized police forces that are violently attacking peaceful protesters — but we’re supposed to obediently accept the defunding of the police forces responsible for protecting the population from the wealthy and powerful.”

A lot of people have been shocked by the calls to ‘defund the police’ on the back of the Black Lives Matter protests. The situation is undoubtedly worse in the US, but I particularly liked this explainer image, that I came across via Mastodon:

Yet perhaps the most surprising feature of the revolt is that in-spite of the modern title, Peasants’ Revolt didn’t gain usage until the late nineteenth century, the people who animated the movement weren’t peasants at all. They were in many respects the village elite. True, they weren’t noble magnates, but they were constables, stewards and jurors. In short, people who were on the up and saw an opportunity to press their agenda.

I love reading about things I used to teach, especially when they’re written by interesting people about which I want to know more. This blog post is by Robert Winter, “philosopher and historian by training, Operations Director by pay cheque”. I discovered is as part of the #100DaysToOffload challenge, largely happening on the Fediverse, and to which I’m contributing.

Two people with beta thalassaemia and one with sickle cell disease no longer require blood transfusions, which are normally used to treat severe forms of these inherited diseases, after their bone marrow stem cells were gene-edited with CRISPR.

CRISPR is a way of doing gene editing within organisms. sAs far as I’m aware, this is one of the first times it’s been used to treat conditions in humans. I’m sure it won’t be the last.

Choose Your Own Fake News

Choose Your Own Fake News is an interactive “choose your own adventure” game. Play the game as Flora, Jo or Aida from East Africa, and navigate the world of disinformation and misinformation through the choices you make. Scrutinize news and information about job opportunities, vaccines and upcoming elections to make the right choices!

This is the kind of thing that the Mozilla Foundation does particularly well: either producing in-house, or funding very specific web-based tools to teach people things. In this case, it’s fake news. And it’s really good.

Why are Google and Apple dictating how European democracies fight coronavirus?

The immediate goal for governments and tech companies is to strike the right balance between privacy and the effectiveness of an application to limit the spread of Covid-19. This requires continuous collaboration between the two with the private sector, learning from the experience of national health authorities and adjusting accordingly. Latvia, together with the rest of Europe, stands firm in defending privacy, and is committed to respecting both the individual’s right to privacy and health while applying its own solutions to combat Covid-19.

This is an article written by an an adviser to the president of Latvia on information and digital policy. They explain some of the nuance behind the centralised vs decentralised contact tracing app models which I hadn’t really thought about.

Random Search Wired Into Animals May Help Them Hunt

Lévy walks are now seen as a movement pattern that a nervous system can produce in the absence of useful sensory or mnemonic information, when it is an animal’s most advantageous search strategy. Of course, many animals may never employ a Lévy walk: If a polar bear can smell a seal, or a cheetah can see a gazelle, the animals are unlikely to engage in a random search strategy. “We expect the adaptation for Lévy walks to have appeared only where they confer practical advantages,” Viswanathan said.

If you’ve watched wildlife documentaries, you probably know about Lévy walks (or ‘flights’). This longish article gives a fascinating insight into the origin of the theory and how it can be useful in protecting different species.

A plan to turn the atmosphere into one, enormous sensor

One of AtmoSense’s first goals will be to locate and study phenomena at or close to Earth’s surface—storms, earthquakes, volcanic eruptions, mining operations and “mountain waves”, which are winds associated with mountain ranges. The aim is to see if atmospheric sensing can outperform existing methods: seismographs for earthquakes, Doppler weather radar for storms and so on.

This sounds potentially game-changing. I can see the positives, but I wonder what the negatives will be?

Paths of desire: lockdown has lent a new twist to the trails we leave behind

Desire paths aren’t anything new – the term has been traced back to the French philosopher Gaston Bachelard, who wrote of “lignes de désir” in his 1958 book The Poetics of Space. Nature author Robert Macfarlane has written more recently about the inherent poetry of the paths. In his 2012 book The Old Ways: A Journey on Foot, Macfarlane calls them “elective easements” and says: “Paths are human; they are traces of our relationships.” Desire paths have been created by enthusiastic dogs in back gardens, by superstitious humans avoiding scaffolding and by students seeking shortcuts to class. Yet while illicit trails may have marked the easier (ie shorter) route for centuries, the pandemic has turned them into physical markers of our distance. Desire paths are no longer about making life easier for ourselves, but about preserving life for everyone.

I’ve used desire paths as a metaphor many times in presentations and workshops over the last decade. This is an article that specifically talks about how they’ve sprung up during the pandemic.

Previous Everyone has a mob self and an individual self, in varying proportions