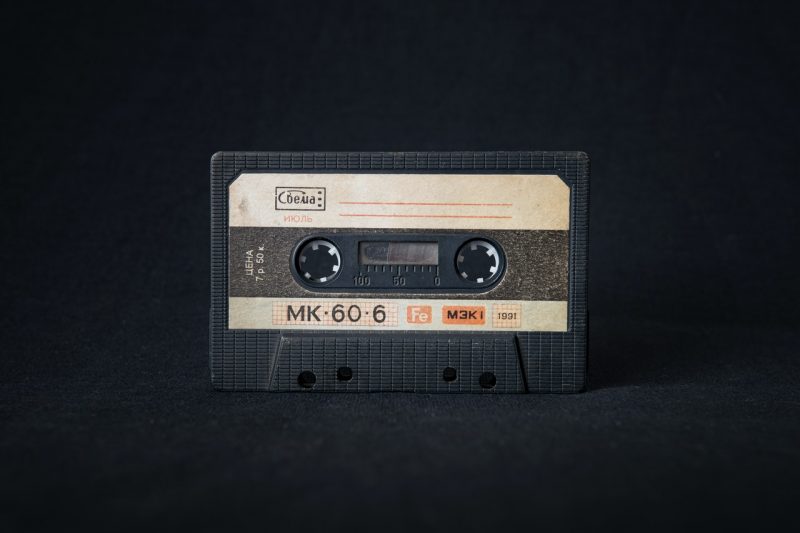 A 2019 study conducted by the Massachusetts Institute of Technology found that none of the facial recognition tools from Microsoft, Amazon and IBM were 100% accurate when it came to recognising men and women with dark skin.

And a study from the US National Institute of Standards and Technology suggested facial recognition algorithms were far less accurate at identifying African-American and Asian faces compared with Caucasian ones.

Amazon, whose Rekognition software is used by police departments in the US, is one of the biggest players in the field, but there are also a host of smaller players such as Facewatch, which operates in the UK. Clearview AI, which has been told to stop using images from Facebook, Twitter and YouTube, also sells its software to US police forces.

Like many newer technologies, facial recognition is already a battleground for people of colour. This is a welcome, if potential cynical move, by IBM who let’s not forget literally provided technology to the Nazis.

How Wikipedia Became a Battleground for Racial Justice

If there is one reason to be optimistic about Wikipedia’s coverage of racial justice, it’s this: The project is by nature open-ended and, well, editable. The spike in volunteer Wikipedia contributions stemming from the George Floyd protests is certainly not neutral, at least to the extent that word means being passive in this moment. Still, Koerner cautioned that any long-term change of focus to knowledge equity was unlikely to be easy for the Wikipedia editing community. “I hope that instead of struggling against it they instead lean into their discomfort,” she said. “When we’re uncomfortable, change happens.”

This is a fascinating glimpse into Wikipedia and how the commitment to ‘neutrality’ affects coverage of different types of people and event feeds.

Recent events have revealed, again, that the systems we inhabit and use as educators are perfectly designed to get the results they get. The stated desire is there to change the systems we use. Let’s be able to look back to this point in two years and say that we have made a genuine difference.

Some great questions here from Nick, some of which are specific to education, whereas others are applicable everywhere.

Since the protests began, demonstrators in multiple cities have reported spotting LRADs, or Long-Range Acoustic Devices, sonic weapons that blast sound waves at crowds over large distances and can cause permanent hearing loss. In response, two audio engineers from New York City have designed and built a shield which they say can block and even partially reflect these harmful sonic blasts back at the police.

For those not familiar with the increasing militarisation of police in the US, this is an interesting read.

CMA to look into Facebook’s purchase of gif search engine

The Competition and Markets Authority (CMA) is inviting comments about Facebook’s purchase of a company that currently provides gif search across many of the social network’s competitors, including Twitter and the messaging service Signal.

[F]or Facebook, the more compelling reason for the purchase may be the data that Giphy has about communication across the web. Since many services that integrate with the platform not only use it to find gifs, but also leave the original clip hosted on Giphy’s servers, the company receives information such as when a message is sent and received, the IP address of both parties, and details about the platforms they are using.

In my 2012 TEDx Talk I discussed the memetic power of gifs. Others might find this news surprising, but I don’t think I would have been surprised even back then that it would be such a hot topic in 2020.

Also by the Hern this week is an article on Twitter’s experiments around getting people to actually read things before they tweet/retweet them. What times we live in.

To Peter Turchin, who studies population dynamics at the University of Connecticut in Storrs, the appearance of three peaks of political instability at roughly 50-year intervals is not a coincidence. For the past 15 years, Turchin has been taking the mathematical techniques that once allowed him to track predator–prey cycles in forest ecosystems, and applying them to human history. He has analysed historical records on economic activity, demographic trends and outbursts of violence in the United States, and has come to the conclusion that a new wave of internal strife is already on its way1. The peak should occur in about 2020, he says, and will probably be at least as high as the one in around 1970. “I hope it won’t be as bad as 1870,” he adds.

I’m not sure about this at all, because if you go looking for examples of something to fit your theory, you’ll find it. Especially when your theory is as generic as this one. It seems like a kind of reverse fortune-telling?

Much of our economies in the west have been built on the idea of unique ideas, or inventions, which are then protected and monetised. It’s a centuries old way of looking at ideas, but today we also recognise that this method of creating and growing markets around IP protected products has created an unsustainable use of the world’s natural resources and generated too much carbon emission and waste.

Open source and creative commons moves us significantly in the right direction. From open sharing of ideas we can start to think of ideas, services, systems, products and activities which might be essential or basic for sustaining life within the ecological ceiling, whilst also re-inforcing social foundations.

I’m proud to be part of a co-op that focuses on openness of all forms. This article is a great introduction to anyone who wants a new way of looking at our post-COVID future.

Lockdowns are slowing harvests, while millions of seasonal labourers are unable to work. Food waste has reached damaging levels, with farmers forced to dump perishable produce as the result of supply chain problems, and in the meat industry plants have been forced to close in some countries.

Even before the lockdowns, the global food system was failing in many areas, according to the UN. The report pointed to conflict, natural disasters, the climate crisis, and the arrival of pests and plant and animal plagues as existing problems. East Africa, for instance, is facing the worst swarms of locusts for decades, while heavy rain is hampering relief efforts.

The additional impact of the coronavirus crisis and lockdowns, and the resulting recession, would compound the damage and tip millions into dire hunger, experts warned.

The knock-on effects of COVID-19 are going to be with us for a long time yet. And these second-order effects will themselves have effects which, with climate change also being in the mix, could lead to mass migrations and conflict by 2025.

What exactly a mouse sees when she’s tripping on DOI—whether the plexiglass walls of her cage begin to melt, or whether the wood chips begin to crawl around like caterpillars—is tied up in the private mysteries of what it’s like to be a mouse. We can’t ask her directly, and, even if we did, her answer probably wouldn’t be of much help.

The bit about ‘ego disillusion’ in this article, which is ostensibly about how to get legal hallucinogens to market, is really interesting.

Next Everyone has a mob self and an individual self, in varying proportions