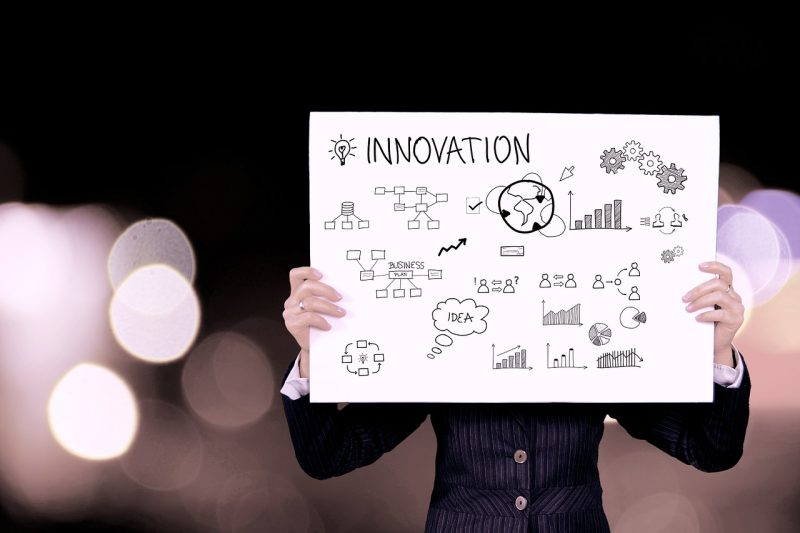 We don’t receive wisdom; we must discover it for ourselves after a journey that no one can take us on or spare us

So said Marcel Proust, that famous connoisseur of les petites madeleines. While I don’t share his effete view of the world, I do like French cakes and definitely agree with his sentiments on wisdom.

Earlier this week, Eylan Ezekiel shared this Nesta Landscape of innovation approaches with our Slack channel. It’s what I would call ‘slidebait’ — carefully crafted to fit onto slide decks in keynotes around the world. It’s a smart move because it gets people talking about your organisation.

In my opinion, how these things are made is more interesting than the end result. There are inevitably value judgements when creating anything like this, and, because Nesta have set it out as overlapping ‘spaces’, the most obvious takeaway from the above diagram is that those innovation approaches sitting within three overlapping spaces are the ‘most valuable’ or ‘most impactful’. Is that true?

A previous post on this topic from the Nesta blog explains:

Although this map is neither exhaustive nor definitive – and at some points it may seem perhaps a little arbitrary, personal choice and preference – we have tried to provide an overview of both commonly used and emerging innovation approaches.

When you’re working for a well-respected organisation, you have to be really careful, because people can take what you produce as some sort of Gospel Truth. No matter how many caveats you add, people confuse the map with the territory.

I have some experience with creating a ‘map’ for a given area, as I was Mozilla’s Web Literacy Lead from 2013 to 2015. During that time, I worked with the community to take the Web Literacy Standard Map from v0.1 to v1.5.

Digital literacies of various types are something I’ve been paying attention to for around 15 years now. And, let me tell, you, I’ve seen some pretty bad ‘maps’ and ‘frameworks’.

For example, here’s a slide deck for a presentation I did for a European Commission Summer School last year, in which I attempted to take the audience on a journey to decide whether a particular example I showed them was any good:

If you have a look at Slide 14 onwards, you’ll see that the point I was trying to make is that you have no way of knowing whether or not a shiny, good-looking map is any good. The organisation who produced it didn’t ‘show their work’, so you have zero insight into its creation and the decisions taken in its creation. Did their intern knock it up on a short deadline? We’ll never know.

The problem with many think tanks and ‘innovation’ organisations is that they move on too quickly to the next thing. Instead of sitting with something and let it mature and flourish, as soon as the next bit of funding comes in, they’re off like a dog chasing a shiny car. I’m not sure that’s how innovation works.

Before Mozilla, I worked at Jisc, which at the time funded innovation programmes on behalf of the UK government and disseminated the outcomes. I remember a very simple overview from Jisc’s Sustaining and Embedding Innovations project that focused on three stages of innovation:

Invention
This is about the generation of new ideas e.g. new ways of teaching and learning or new ICT solutions.

Early Innovation
This is all about the early practical application of new inventions, often focused in specific areas e.g. a subject discipline or speciality such as distance learning or work-based learning.

Systemic Innovation
This is where an institution, for example, will aim to embed an innovation institutionally.

The problem with many maps and frameworks, especially around digital skills and innovation, is that they remove any room for ambiguity. So, in an attempt not to come across as vague, they instead become ‘dead metaphors’.

I don’t think I’ve ever seen an example where, without any contextualisation, an individual or organisation has taken something ‘off the shelf’ and applied it to achieve uniformly fantastic results. That’s not how these things work.

Humans are complex organisms; we’re not machines. For a given input you can’t expect the same output. We’re not lossless replicators.

So although it takes time, effort, and resources, you’ve got to put in the hard yards to see an innovation through all three of those stages outlined by Jisc. Although the temptation is to nail things down initially, the opposite is actually the best way forward. Take people on a journey and get them to invest in what’s at stake. Embrace the ambiguity.

I’ve written more about this in a post I wrote about a 5-step process for creating a sustainable digital literacies curriculum. It’s something I’ll be thinking about more as I reboot my consultancy work (through our co-op) for 2020!

For now, though, remember this wonderful African proverb: