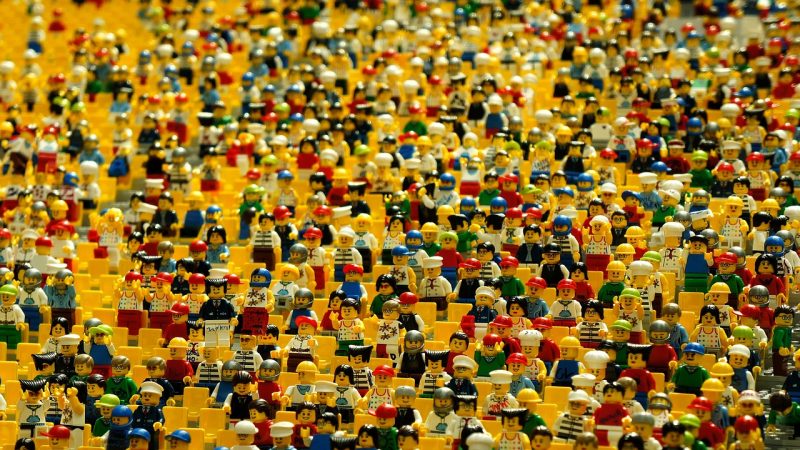 Do not impose one’s own standard on the work of others. Mutual moderation and cooperation will proffer better results.

I think I must have come across the above saying from Hsing Yun via Mayel de Borniol. It captures some of what I want to discuss in this article which centres around decision-making within organisations.

Let’s start with a great article from Roman Imankulov from Doist. He looks to the Internet Engineering Task Force (IETF)’s approach, as enshrined in a document from 2014, explaining their ‘rough consensus’ approach:

Rough consensus isn’t majority rule. It’s okay to go ahead with a solution that may not look like the best choice for everyone or even the majority. “Not the best choice” means that you believe there is a better way to solve the problem, but you accept that this one will work too. That type of feedback should be welcomed, but it shouldn’t be allowed to slow down a decision.

If they try hard enough, everyone can come up with a reason why an idea or approach won’t work. My experience is that many middle-aged white men see it as their sworn duty to come up with as many of those reasons as possible 🙄

What the IETF calls ‘rough consensus’ I think I’d probably call ‘alignment’. You don’t all have to agree that a proposal is without problems, but those problems should be surmountable. Within CoTech, a network of co-operatives to which We Are Open belongs, we use Loomio. It has a number of decision tools, including the ‘proposal’:

As you can see, there’s the ability for anyone to ‘Block’ a proposal, meaning that it can’t be passed in its current form. People can ‘Abstain’ if there’s a conflict of interest, or if they don’t feel like they’ve got enough experience or expertise. Note that it’s entirely possible for someone to ‘Disagree’ and the motion to still go ahead.

What I like about Loomio is a tool is that it focuses on decision-making. It’s not about endless discussion and debate, but about having a bias towards action. You can separate the planning process from the implementation stage:

Rough consensus doesn’t mean that we don’t aim for perfection in the actual implementation of the solution. When implementing, we should always aim for technical excellence. Commitment to the implementation is often what makes a solution the right one. (This is similar to Amazon’s “disagree and commitment” philosophy.)

I can’t, by my nature, stand hierarchy. Unfortunately, it’s the default operating system of most organisations, and despite our best efforts, we haven’t got a one-size-fits-all alternative to it. I think this is partly because nobody has to teach you how hierarchy works.

Over the weekend, while we were walking in the Lake District, Tom Broughton and I were discussing sociocracy:

Sociocracy, also known as dynamic governance, is a system of governance which seeks to achieve solutions that create harmonious social environments as well as productive organizations and businesses. It is distinguished by the use of consent rather than majority voting in decision-making, and decision-making after discussion by people who know each other.

Tom’s a Quaker and so used to consent-based decision-making. I explained that we’d asked Outlandish (a CoTech member) to run a sociocratic design sprint to kick off our work around MoodleNet. It was based on the Google design sprint approach, but — as Kayleigh from Outlandish points out — featured an important twist:

We decided to remove the ‘decider’ role that a Google Sprint employs. We weren’t comfortable with the responsibility and authority of decisions sitting with one person, and having spent a few years practising sociocracy already, it just wouldn’t have felt right.

Martin, Moodle’s CEO and founder joined us for the duration of the sprint. While Martin naturally had the most expertise in the domain, the most ‘skin in the game’ and the had done the most background thinking sociocracy meant that he still needed to convince the rest of the sprint team as to why his ideas were best, and take on board other suggestions and compromises. We feel that it led to better outputs at each stage of the design sprint.

It was the first time I’d seen a CEO give up their hierarchical power in the interests of ensuring that we designed something that could be the best it could possibly be. In fact, that week last May is probably one of the highlights of my career to date.

That was one week into which was poured a lot of time, attention, and money. But what if you want to practise something like sociocracy on a day-to-day basis? You have to think about structure of organisations, as there’s no such thing as ‘structureless’ group:

Any group of people of whatever nature that comes together for any length of time for any purpose will inevitably structure itself in some fashion. The structure may be flexible; it may vary over time; it may evenly or unevenly distribute tasks, power and resources over the members of the group. But it will be formed regardless of the abilities, personalities, or intentions of the people involved. The very fact that we are individuals, with different talents, predispositions, and backgrounds makes this inevitable. Only if we refused to relate or interact on any basis whatsoever could we approximate structurelessness — and that is not the nature of a human group.

It’s only within the last year that I’ve discovered left-libertarianism as a coherent political and social philosophy that helps me reconcile two things that I’ve previously found difficult. On the one hand, I believe in a small state. On the other, I believe we have a duty to one another and should help out wherever possible.

While maintaining full respect for personal property, left-libertarians are skeptical of or fully against private ownership of natural resources, arguing in contrast to right-libertarians that neither claiming nor mixing one’s labor with natural resources is enough to generate full private property rights and maintain that natural resources (raw land, oil, gold, the electromagnetic spectrum, air-space and so on) should be held in an egalitarian manner, either unowned or owned collectively. Those left-libertarians who support private property do so under occupation and use property norms or under the condition that recompense is offered to the local or even global community.

In other words, you don’t have to be a Marxist, communist, or anarchist to be a left-libertarian. It means you can start from a basis of personal autonomy, but end with an egalitarian approach to the world where resources (especially natural resources) are collectively owned.

The usual criticisms of sociocracy and other consent-based decision-making systems is that they are too slow, that they don’t work in practice. In my experience, by participating in the Outlandish/Moodle design sprint, witnessing a Mozilla Festival session in which participants quickly got up-to-speed on sociocracy, and through CoTech gatherings (both online and offline), I’d say sociocracy is a viable solution.

As I get older, I’m realising that the best way we can improve the world is to improve its governance. It’s not that we haven’t got extremely talented people in the world, it’s that we don’t always know how to make good decision. I’d like to change that.