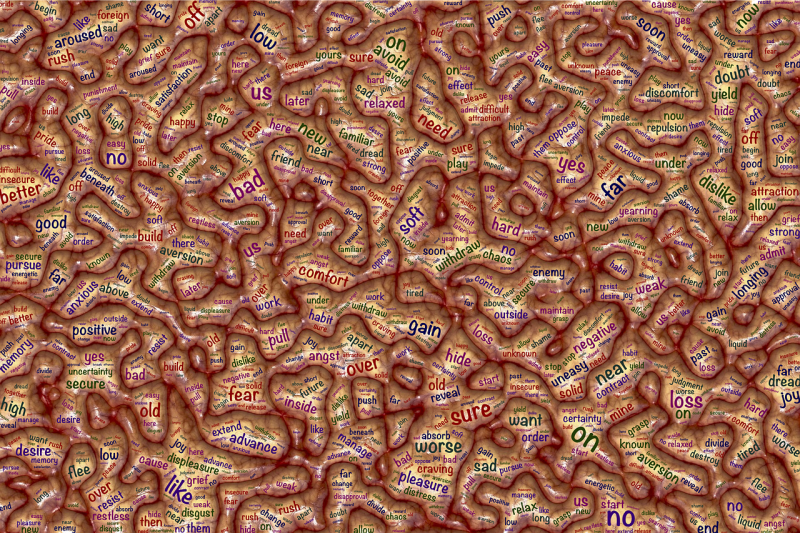 Today’s title is quotation from Carl Jung, via a recent issue of New Philosopher magazine. I thought it was a useful frame for a discussion around a few things I’ve been reading recently, including an untranslatable Finnish word, music and teen internet culture, as well as whether life does indeed get better once you turn forty.

Let’s start with that Finnish word, discussed in Quartzy by Olivia Goldhill:

At some point in life, all of us get that unexpected call on a Tuesday afternoon that distorts our world and makes everything else irrelevant: There’s been an accident. Or, you need surgery. Or, come home now, he’s dying. We get through that time, somehow, drawing on energy reserves we never knew we had and persevering, despite the exhaustion. There’s no word in English for the specific strength it takes to pull through, but there is a word in Finnish: sisu.

I’m guessing Goldhill is American, as we English have a term for that: Blitz spirit. It’s even been invoked as a way of getting us through the vagaries of Brexit! 🙄

Despite my flippancy, there are, of course, words that are pretty untranslatable between languages. But one thing that unites us no matter what language we speak is music. Interestingly, Alexis Petridis in The Guardian notes that there’s teenage musicians making music in their bedrooms that really resonates across language barriers:

For want of a better name, you might call it underground bedroom pop, an alternate musical universe that feels like a manifestation of a generation gap: big with teenagers – particularly girls – and invisible to anyone over the age of 20, because it exists largely in an online world that tweens and teens find easy to navigate, but anyone older finds baffling or risible. It doesn’t need Radio 1 or what is left of the music press to become popular because it exists in a self-contained community of YouTube videos and influencers; some bedroom pop artists found their music spread thanks to its use in the background of makeup tutorials or “aesthetic” videos, the latter a phenomenon whereby vloggers post atmospheric videos of, well, aesthetically pleasing things.

Some people find this scary. I find it completely awesome, but may be over-compensating now that I’ve passed 35 years of age. Who wants to listen to and like the same music as everyone else?

Talking of getting older, there’s a saying that “life begins at forty”. Well, an article in The Economist would suggest that, on average, the happiness of males in Western Europe doesn’t vary that much.

I’d love to know what causes that decline in the former USSR states, and the uptick in the United States? The article isn’t particularly forthcoming, which is a shame.

Perhaps as you get to middle-age there’s a realisation that this is pretty much going to be it for the rest of your life. In some places, if you have the respect of your family, friends, and culture, and are reasonably well-off, that’s no bad thing. In other cultures, that might be a sobering thought.

One of the great things about studying Philosophy since my teenage years is that I feel very prepared for getting old. Perhaps that’s what’s needed here? More philosophical thinking and training? I don’t think it would go amiss.

Next Life is like riding a bicycle. To keep your balance, you must keep moving