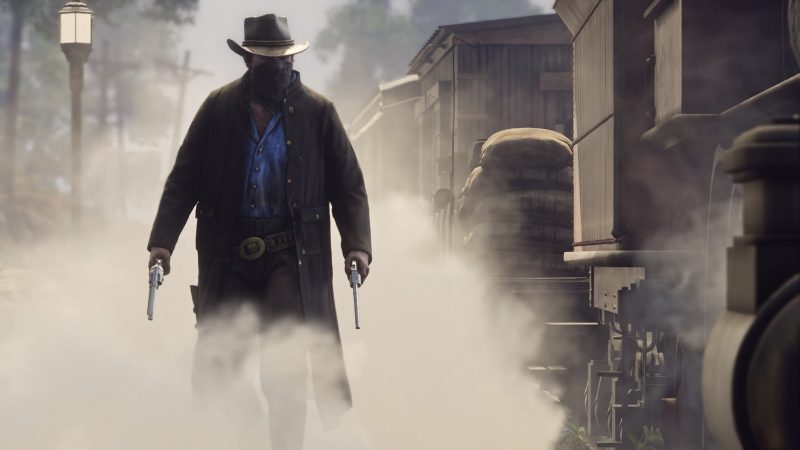 The average age of those who play video games? Early thirties, and rising. So, I’m happy to say that purchasing Red Dead Redemption 2 is one of the best decisions I’ve made so far in 2019.

It’s an incredible, immersive game within which you could easily lose a few hours at a time. And, just like games like Fortnite, it’s being tweaked and updated after release to improve the playing experience. Particularly the online aspect.

What interests me in particular as an educator and a technologist is the way that the designers are thinking carefully about the in-game mechanics based on what players actually do. It’s easy to theorise what people might do, but what they actually do is a constant surprise to anyone who’s ever designed something they’ve asked another person to use.

Engadget mentions one update to Red Dead that particularly jumped out at me:

The update also brings a new system that highlights especially aggressive players. The more hostile you are, the more visible you will become to other players on the map with an increasingly darkening dot. Your visibility will increase in line with bad deeds such as attacking players and their horses outside of a structured mode, free roam mission or event. But, start behaving, and your visibility will fade over time. Rockstar is also introducing the ability to parlay with an entire posse, rather than individual players, which should also help to reduce how often players are killed by trolls.

In other words, anti-social behaviour is being dealt with by games mechanics that make it harder for people to act inappropriately.

But my favourite update?

The update will also see the arrival of bounties. Any player that’s overly aggressive and consistently breaks the law with have a bounty placed on their head, and once it’s high enough NPC [Non-Playing Characters] bounty hunters will get on your tail. Another mechanism to dissuade griefing but perhaps a missed opportunity to allow players to become temporary bounty hunters and enact some sweet vengeance on the players that keep ruining their gameplay.

We have a tendency in education to simply ban things we don’t like. That might be excluding people from courses, or ultimately from institutions. However, when it’s customers at stake, games designers have a wide range of options to influence the outcomes for the positive.

I think we’ve got a lot still to learn in education from games design.

Image by BagoGames used under a CC BY license

Previous Is edtech even a thing any more?