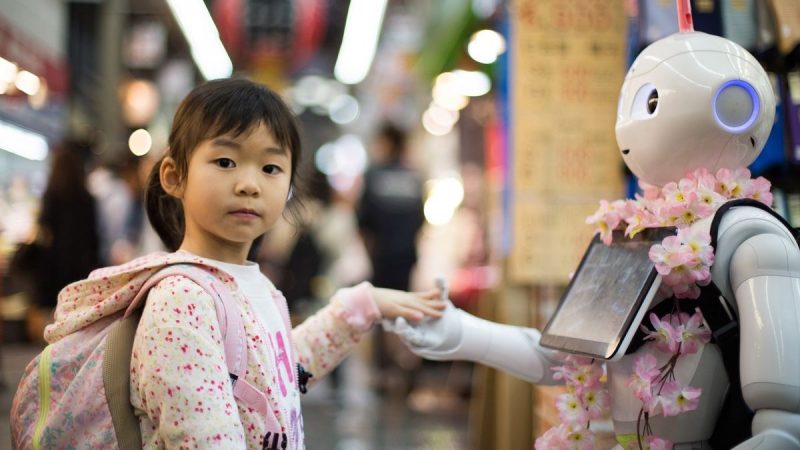 The robot economy and social-emotional skills

The steady shift of the knowledge economy into a robot economy, characterized by machine learning, artificial intelligence, automation and data analytics, is now bringing about changes in the ways that many influential organizations conceptualize education moving towards the 2020s. Although this is not an epochal or decisive shift in economic conditions, but rather a slow metamorphosis involving machine intelligence in the production of capital, it is bringing about fresh concerns with rethinking the purposes and aims of education as global competition is increasingly linked to robot capital rather than human capital alone.

A plethora of reports and pronouncements by ‘thought-leaders’ and think tanks warn us about a medium-term future where jobs are ‘under threat’. This has a concomitant impact on education:

The first is that education needs to de-emphasize rote skills of the kind that are easy for computers to replace and stress instead more digital upskilling, coding and computer science. The second is that humans must be educated to do things that computerization cannot replace, particularly by upgrading their ‘social-emotional skills’.

A few years ago, I remember asking someone who ran different types of coding bootcamps which would be best approach for me. Somewhat conspiratorially, he told me that I didn’t need to learn to code, I just needed to learn how to manage those who do the coding. As robots and AI become more sophisticated and can write their own programs, I suspect this ‘management’ will include non-human actors.

Of all of the things I’ve had to learn for and during my (so-called) career, the hardest has been gaining the social-emotional skills to work remotely. This isn’t an easy thing to unpack, especially when we’re all encouraged to have a ‘mission’ in life and to be emotionally invested in our work.

The OECD’s Andreas Schleicher is especially explicit about the perceived strategic importance of cultivating social-emotional skills to work with artificial intelligence, writing that ‘the kinds of things that are easy to teach have become easy to digitise and automate. The future is about pairing the artificial intelligence of computers with the cognitive, social and emotional skills, and values of human beings’.

The keywords of the knowledge economy have been replaced by the keywords of the robot economy. Even if robotization does not pose an immediate threat to the future jobs and labour market prospects of students today, education systems are being pressured to change in anticipation of this economic transformation.

I’m less bothered about Schleicher’s link between social-emotional skills and the robot economy. I reckon that, no matter what time period you live in, there are knowledge and skills you need to be successful when interacting with other human beings.

That being said, there are ways of interacting with machines that are important to learn to get ahead. I stand by what I said in 2013 about the importance of including computational thinking in school curricula. To me, education is about producing healthy, engaged citizens. They need to understand the world around them, be (digitally) confident in it, and have the conceptual tools to be able to problem-solve.

Next Let’s (not) let children get bored again

Previous At the end of the day, everything in life is a ‘group project’