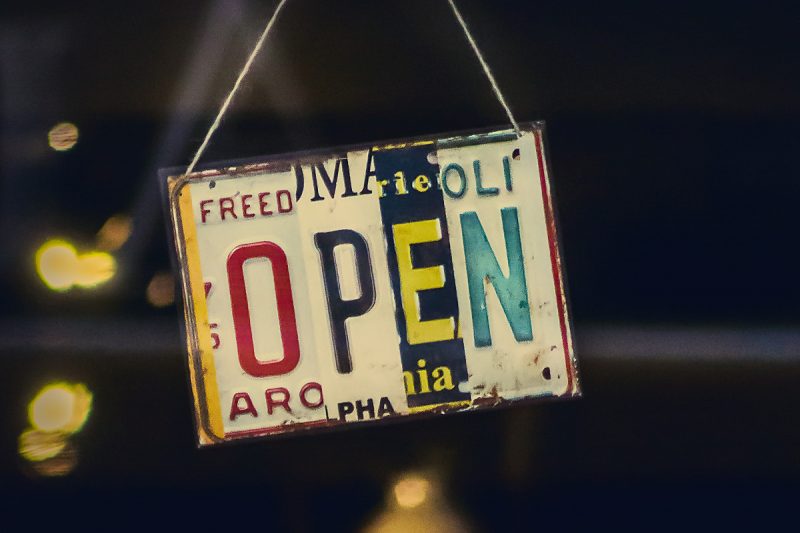 The talented Abby Cabunoc Mayes, who I worked with when I was at the Mozilla Foundation (and who I caught up with briefly at MozFest), was interviewed recently by TechRepublic. I like the way she frames the Open Source movement:

I like to think the movement really came together with The Cathedral and the Bazaar, an essay by Eric Raymond. And he compared the two ideas. There’s the cathedral, or free software, where a small group of people are putting together a big cathedral that anyone can come to, and attend a service or whatever. He compared that to a bazaar, where everyone is co-creating. There’s no real structure, you can set up a table wherever you want. You can haggle with other people. So open source, he really compared that to the Linux foundation at the time, where he was seeing so much delegation, so many people taking on tasks that would have been closed, in the cathedral model. So that idea that anyone can get involved, and anyone can participate, is really that key. Rather than just giving away something for free.

If you do an image search for Eric Raymond, you’ll find some of him holding guns, as he’s an enthusiast. I don’t like guns, nor do many people, but I’d like to think we can separate someone’s ideas about organising from their thoughts in a different area. I know some would beg to differ.

The interviewer goes on to ask Abby what the advantages of working openly are:

There’s a lot more buy-in from people. And having this distributed model, where anyone can take a part of this, and anyone can be involved in running the project, really helps keep the power not centralized, but really distributed. And so, you can see what’s happening to your data. So there’s a lot of advantages that way, and a lot more trust with the population. And I think this is where innovation happens. When everyone can be a part of something, and where everyone can submit the best ideas. And I think we saw that in the scientific revolution, when the academic journals started. And people were publishing their research, and then letting other people use that and build upon that and discover more things. We saw the same thing happen with open source. Where you can really take this and use and do whatever you want with it.

I think it’s important to keep linking and talking about this kind of stuff. Unfortunately, I feel like our cultural default is to try and take all the credit and work in silos.

Next The many uses of autonomous vehicles

Previous What are ‘internet-era ways of working’?