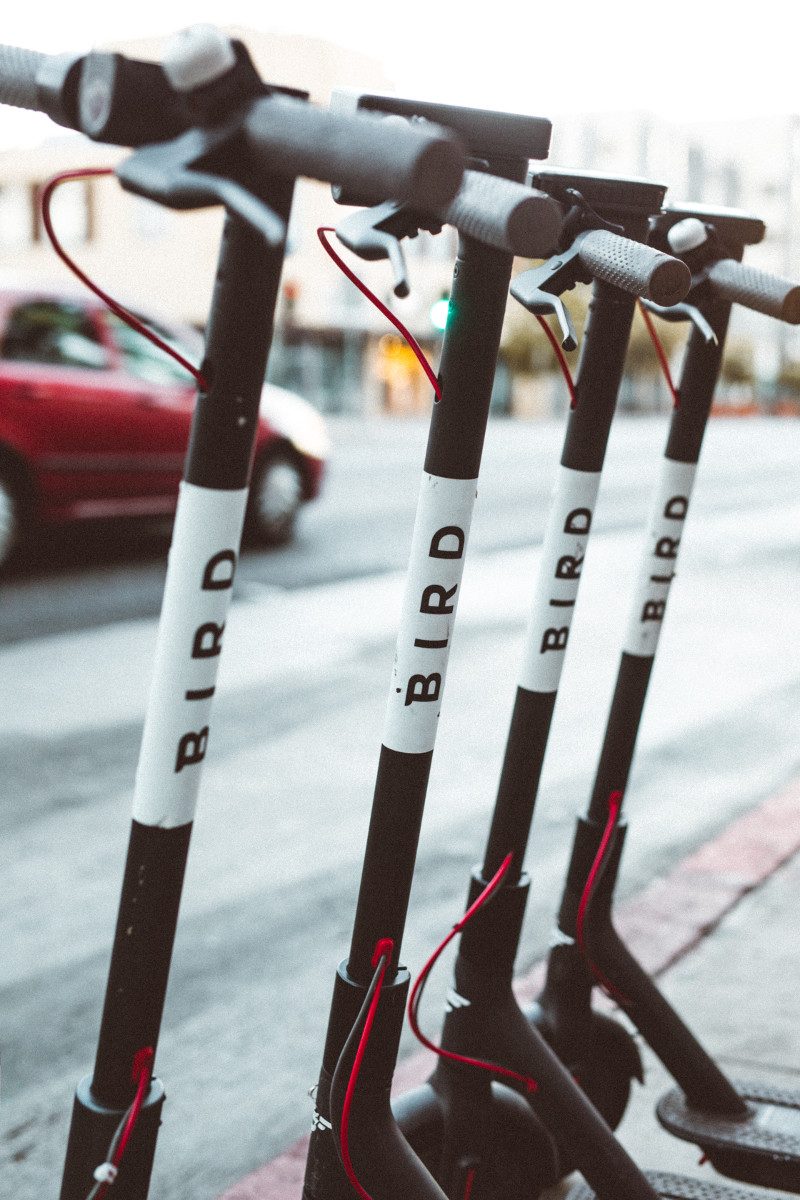 Reappropriating the artifacts of late-stage capitalism

During our inter-railing adventure this summer, we visited Zurich in Switzerland. In one of the parks there, we came across a dockless scooter, which we promptly unlocked and had a great time zooming around.

As you’d expect, the greatest density of dockless bikes and scooters — devices that don’t have to be picked up or returned in any specific place — is in San Francisco. It seems that, in their attempts to flood the city and gain some kind of competitive advantage, VC-backed dockless bike and scooter startups are having an unintended effect. They’re helping homeless people move around the city more easily:

Hoarding and vandalism aren’t the only problems for electric scooter companies. There’s also theft. While the vehicles have GPS tracking, once the battery fully dies they go off the app’s map.

“Every homeless person has like three scooters now,” [Michael Ghadieh, who owns electric bicycle shop, SF Wheels] said. “They take the brains out, the logos off and they literally hotwire it.”

I’ve seen scooters stashed at tent cities around San Francisco. Photos of people extracting the batteries have been posted on Twitter and Reddit. Rumor has it the batteries have a resale price of about $50 on the street, but there doesn’t appear to be a huge market for them on eBay or Craigslist, according to my quick survey.

Next How do people learn?

Previous Venture beyond the expected (quote)