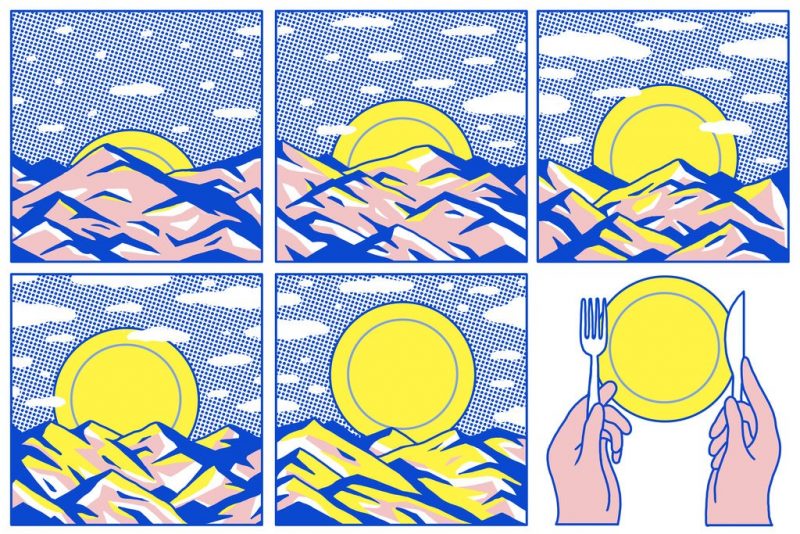 When we eat matters

As I get older, I’m more aware that some things I do are very affected by the world around me. For example, since finding out that the intensity of light you experience during the day is correlated with the amount of sleep you get, I don’t feel so bad about ‘sleeping in’ during the summer months.

So it shouldn’t be surprising that this article in The New York Times suggests that there’s a good and a bad time to eat:

A growing body of research suggests that our bodies function optimally when we align our eating patterns with our circadian rhythms, the innate 24-hour cycles that tell our bodies when to wake up, when to eat and when to fall asleep. Studies show that chronically disrupting this rhythm — by eating late meals or nibbling on midnight snacks, for example — could be a recipe for weight gain and metabolic trouble.

A more promising approach is what some call ‘intermittent fasting’ where you restrict your calorific intake to eight hours of the day, and don’t consume anything other than water for the other 16 hours.

This approach, known as early time-restricted feeding, stems from the idea that human metabolism follows a daily rhythm, with our hormones, enzymes and digestive systems primed for food intake in the morning and afternoon. Many people, however, snack and graze from roughly the time they wake up until shortly before they go to bed. Dr. Panda has found in his research that the average person eats over a 15-hour or longer period each day, starting with something like milk and coffee shortly after rising and ending with a glass of wine, a late night meal or a handful of chips, nuts or some other snack shortly before bed.

That pattern of eating, he says, conflicts with our biological rhythms.

So when should we eat? As early as possible in the day, it would seem:

Most of the evidence in humans suggests that consuming the bulk of your food earlier in the day is better for your health, said Dr. Courtney Peterson, an assistant professor in the department of nutrition sciences at the University of Alabama at Birmingham. Dozens of studies demonstrate that blood sugar control is best in the morning and at its worst in the evening. We burn more calories and digest food more efficiently in the morning as well.

That’s not great news for me. After a protein smoothie in the morning and eggs for lunch, I end up eating most of my calories in the evening. I’m going to have to rethink my regime…

Next Not my circus (quote)