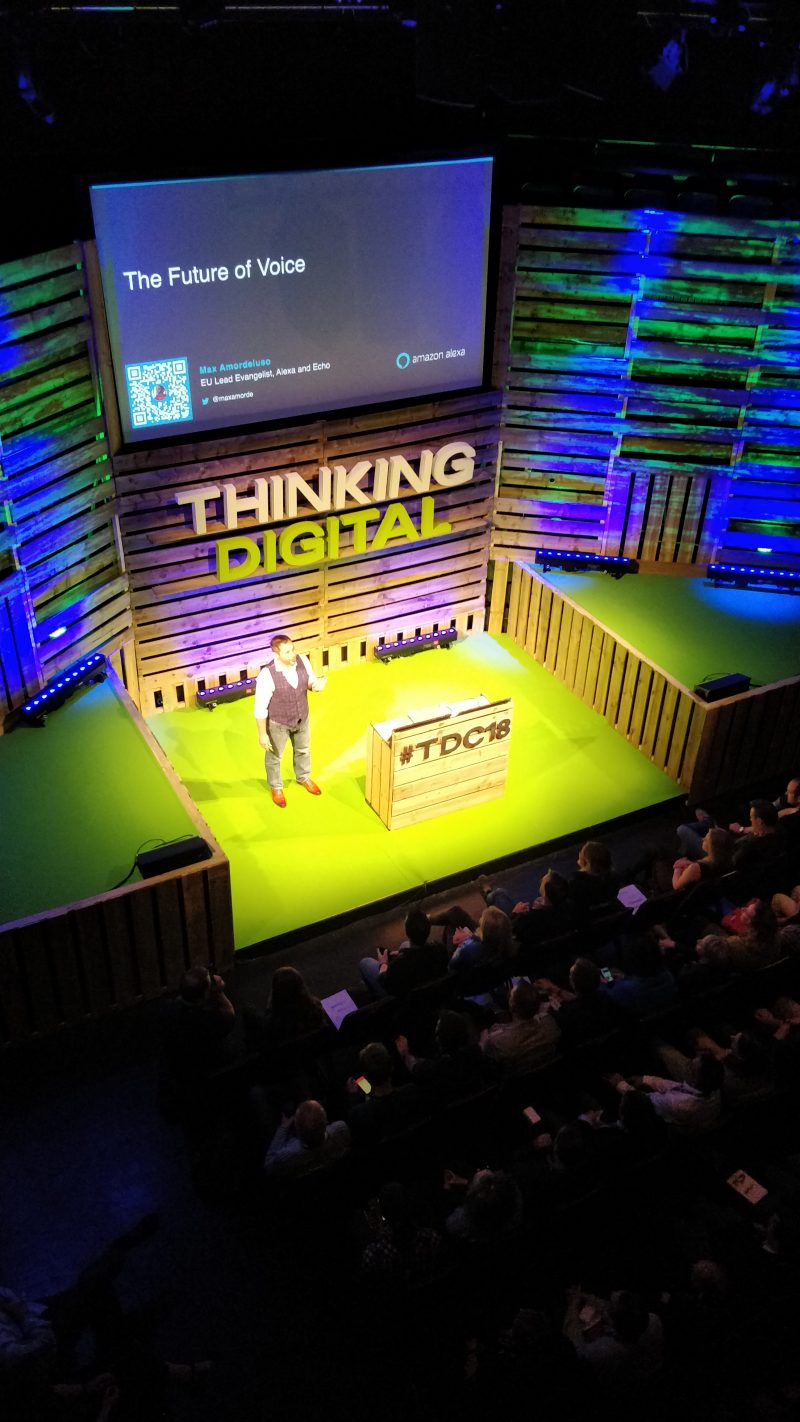 The disappearing computer and the future of AI

I was at the Thinking Digital conference yesterday, which is always an inspiring event. It kicked off with a presentation from a representative of Amazon’s Alexa programme, who cited an article by Walt Mossberg from this time last year. I’m pretty sure I read about it, but didn’t necessarily write about it, at the time.

Mossberg talks about how computing will increasingly become invisible:

Let me start by revising the oft-quoted first line of my first Personal Technology column in the Journal on October 17th, 1991: “Personal computers are just too hard to use, and it’s not your fault.” It was true then, and for many, many years thereafter. Not only were the interfaces confusing, but most tech products demanded frequent tweaking and fixing of a type that required more technical skill than most people had, or cared to acquire. The whole field was new, and engineers weren’t designing products for normal people who had other talents and interests.

Things are different now, of course. We expect even small children to be able to use things like iPads with minimal help.

When the internet first arrived, it was a discrete activity you performed on a discrete hunk of metal and plastic called a PC, using a discrete software program called a browser. Even now, though the net is like the electrical grid, powering many things, you still use a discrete device — a smartphone, say — to access it. Sure, you can summon some internet smarts through an Echo, but there’s still a device there, and you still have to know the magic words to say. We are a long way from the invisible, omnipresent computer in Starship Enterprise.

The Amazon representative on-stage at the conference obviously believes that voice is the next frontier in computing. That’s his job. Nevertheless, he marshalled some pretty compelling, if anecdotal, evidence for that. A couple of videos showed older people, who had been completely bypassed by the smartphone revolution, interacting naturally with Alexa.

I expect that one end result of all this work will be that the technology, the computer inside all these things, will fade into the background. In some cases, it may entirely disappear, waiting to be activated by a voice command, a person entering the room, a change in blood chemistry, a shift in temperature, a motion. Maybe even just a thought.

In the same way that the front end of a website like Facebook, the user interface, is the tip of the iceberg, so voice assistants are the front end for artificial intelligence. Who gets to the process data harvested by these devices, and for what purposes, is an important issue — both now and in the future.

And, if ambient technology is to become as integrated into our lives as previous technological revolutions like wood joists, steel beams, and engine blocks, we need to subject it to the digital equivalent of enforceable building codes and auto safety standards. Nothing less will do. And health? The current medical device standards will have to be even tougher, while still allowing for innovation.

This was the last article Mossberg wrote anywhere, having been a tech journalist since 1991. In signing off, he became a little wistful about the age of gadgetry we’re leaving behind, but it’s hopefully for the wider good.

We’ve all had a hell of a ride for the last few decades, no matter when you got on the roller coaster. It’s been exciting, enriching, and transformative. But it’s also been about objects and processes. Soon, after a brief slowdown, the roller coaster will be accelerating faster than ever, only this time it’ll be about actual experiences, with much less emphasis on the way those experiences get made.

This is an important touchstone article, and one I’ll be returning to in future, no doubt.

Next Peace of mind

Previous Trust and the cult of your PLN