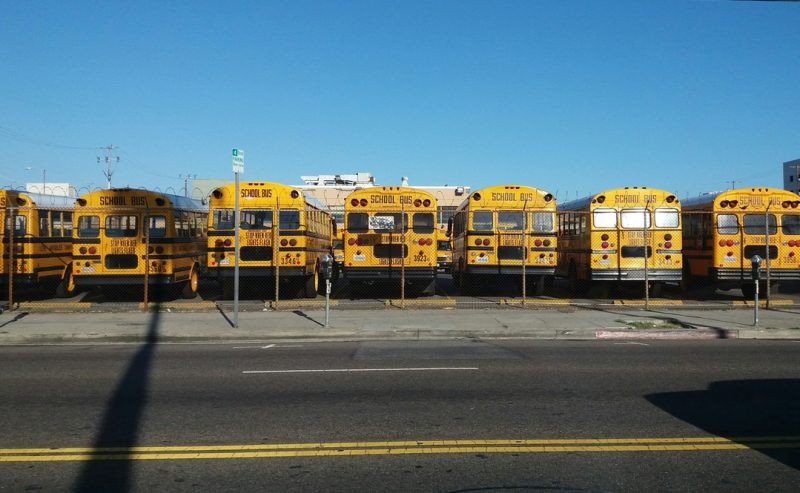 Getting on the edtech bus

As many people will be aware, the Open University (OU) is going through a pretty turbulent time in its history. As befitting the nature of the institution, a lot of conversations about its future are happening in public spaces.

Martin Weller, a professor at the university, has been vocal. In this post, a response to a keynote from Tony Bates, he offers a way forward.

I would like to… propose a new role: Sensible Ed Tech Advisor. Job role is as follows:

(Lest that sound like I’m creating a job description for myself, I didn’t add “interest in ice hockey” at the end, so you can tell that it isn’t)

Weller notes that Bates mentioned in his his post-keynote write-up that the OU has a “fixation on print as the ‘core’ medium/technology”. He doesn’t think that’s correct.

I’m interested in this, because the view of an institution is formed not only by the people inside it, but by the press and those who have an opinion and an audience. Weller accuses Bates of being woefully out of date. I think he’s correct to call him out on it, as I’ve witnessed recently a whole host of middle-aged white guys lazily referencing things in presentations they haven’t bothered to research very well.

It is certainly true that some disciplines do have a print preference, and Tony is correct to say that often a print mentality is transferred to online. But what this outdated view (it was probably true 10-15 years ago) suggests is a ‘get digital or else’ mentality. Rather, I would argue, we need to acknowledge the very good digital foundation we have, but find ways to innovate on top of this.

If you are fighting an imaginary analogue beast, then this becomes difficult. For instance, Tony does rightly highlight how we don’t make enough use of social media to support students, but then ignores that there are pockets of very good practice, for example the OU PG Education account and the use of social media in the Cisco courses. Rolling these out across the university is not simple, but it is the type of project that we know how to realise. But by framing the problem as one of wholesale structural, cultural change starting from a zero base, it makes achieving practical, implementable projects difficult. You can’t do that small(ish) thing until we’ve done these twenty big things.

We seem to be living at a time when those who were massive, uncritical boosters of technology in education (and society in general) are realising the errors of their ways. I actually wouldn’t count Weller as an uncritical booster, but I welcome the fact that he is self-deprecating enough to include himself in that crowd.

I would also suggest that the sort of “get on the ed tech bus or else” argument that Tony puts forward is outdated, and ineffective (I’ve been guilty of it myself in the past). And as Audrey Watters highlights tirelessly, an unsceptical approach to ed tech is problematic for many reasons. Far more useful is to focus on specific problems staff have, or things they want to realise, than suggest they just ‘don’t get it’. Having an appreciation for this intersection between ed tech (coming from outside the institution and discipline often) and the internal values and culture is also an essential ingredient in implementing any technology successfully.

This is a particularly interesting time in the history of technology in education and society. I’m glad that conversations like this are happening in the open.

Next Alexa for Kids as babysitter?