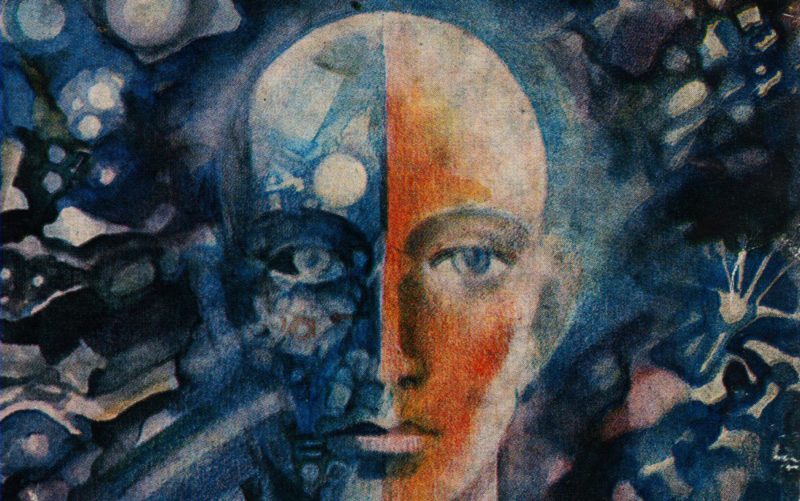 What can dreams of a communist robot utopia teach us about human nature?

This article in Aeon by Victor Petrov posits that, in the post-industrial age, we no longer see human beings as primarily manual workers, but as thinkers using digital screens to get stuff done. What does that do to our self-image?

The communist parties of eastern Europe grappled with this new question, too. The utopian social order they were promising from Berlin to Vladivostok rested on the claim that proletarian societies would use technology to its full potential, in the service of all working people. Bourgeois information society would alienate workers even more from their own labour, turning them into playthings of the ruling classes; but a socialist information society would free Man from drudgery, unleash his creative powers, and enable him to ‘hunt in the morning … and criticise after dinner’, as Karl Marx put it in 1845. However, socialist society and its intellectuals foresaw many of the anxieties that are still with us today. What would a man do in a world of no labour, and where thinking was done by machines?

Bulgaria was a communist country that, after the Second World War, went from producing cigarettes to being one of the world’s largest producers of computers. This had a knock-on effect on what people wrote about in the country.

The Bulgarian reader was increasingly treated to debates about what humanity would be in this new age. Some, such as the philosopher Mityu Yankov, argued that what set Man apart from the animals was his ability to change and shape nature. For thousands of years, he had done this through physical means and his own brawn. But the Industrial Revolution had started a change of Man’s own nature, which was culminating with the Information Revolution – humanity now was becoming not a worker but a ‘governor’, a master of nature, and the means of production were not machines or muscles, but the human brain.

Lyuben Dilov, a popular sci-fi author, focused on “the boundaries between man and machine, brain and computer”. His books were full of societies obsessed with technology.

Added to this, there is technological anxiety, too – what is it to be a man when there are so many machines? Thus, Dilov invents a Fourth Law of Robotics, to supplement Asimov’s famous three, which states that ‘the robot must, in all circumstances, legitimate itself as a robot’. This was a reaction by science to the roboticists’ wish to give their creations ever more human qualities and appearance, making them subordinate to their function – often copying animal or insect forms. Zenon muses on human interactions with robots that start from a young age, giving the child power over the machine from the outset. This undermines our trust in the very machines on which we depend. Humans need a distinction from the robots, they need to know that they are always in power and couldn’t be lied to. For Dilov, the anxiety was about the limits of humanity, at least in its current stage – fearful, humans could not yet treat anything else, including their machines, as equals.

This all seems very pertinent at a time when deepfakes make us question what is real online. We’re perhaps less worried about a Blade Runner-style dystopia and more concerned about digital ‘reality’ but, nevertheless, questions about what it means to be human persist.

Bulgarian robots were both to be feared and they were the future. Socialism promised to end meaningless labour but reproduced many of the anxieties that are still with us today in our ever-automating world. What can Man do that a machine cannot do is something we still haven’t solved. But, like Kesarovski, perhaps we need not fear this new world so much, nor give up our reservations for the promise of a better, easier world.

Previous Escaping from the crush of circumstances