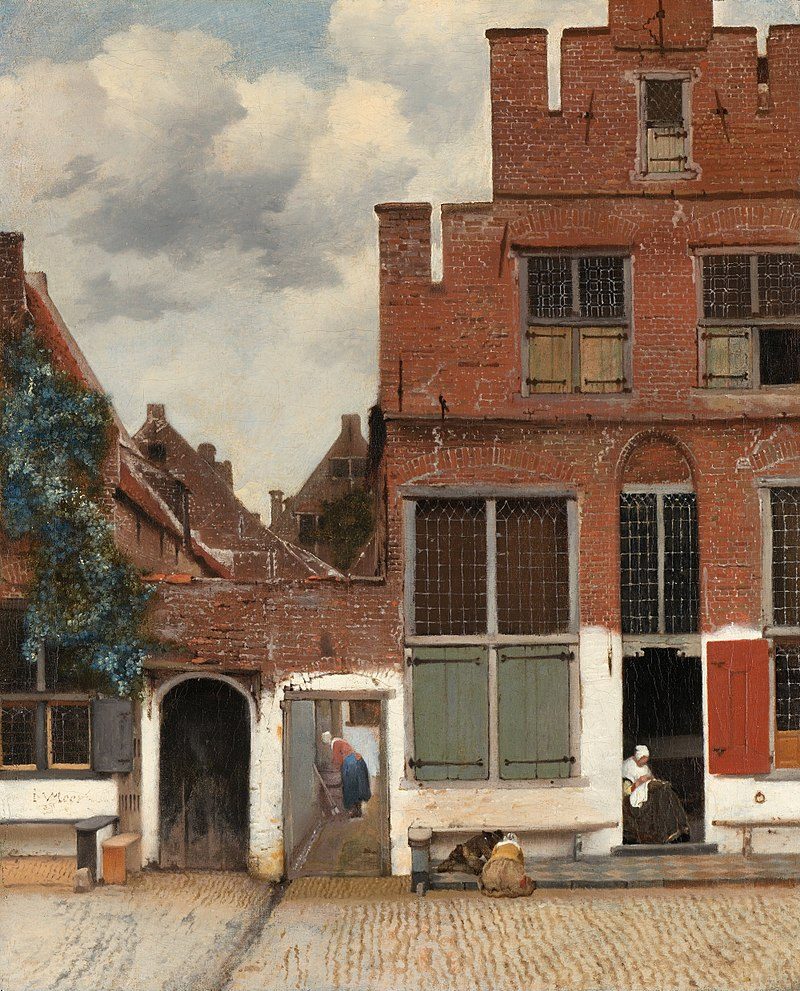 In praise of ordinary lives

This richly-illustrated post uses as a touchstone the revolution in art that took place in the 17th century with Johannes Vermeer’s The Little Street. The painting (which can be seen above) moves away from epic and religious symbolism, and towards the everyday.

Unfortunately, and particularly with celebrity lifestyles on display everywhere, we seem to be moving back to pre-17th century approaches:

Today – in modern versions of epic, aristocratic, or divine art – adverts and movies continually explain to us the appeal of things like sports cars, tropical island holidays, fame, first-class air travel and expansive limestone kitchens. The attractions are often perfectly real. But the cumulative effect is to instill in us the idea that a good life is built around elements that almost no one can afford. The conclusion we too easily draw is that our lives are close to worthless.

A good life isn’t one where you get everything you want; that would, in fact, that would be form of torture. Just ask King Midas. Instead, it’s made up of lots of little things, as this post outlines:

There is immense skill and true nobility involved in bringing up a child to be reasonably independent and balanced; maintaining a good-enough relationship with a partner over many years despite areas of extreme difficulty; keeping a home in reasonable order; getting an early night; doing a not very exciting or well-paid job responsibly and cheerfully; listening properly to another person and, in general, not succumbing to madness or rage at the paradox and compromises involved in being alive.

As ever, a treasure trove of wisdom and I encourage you to explore further the work of the School of Life.