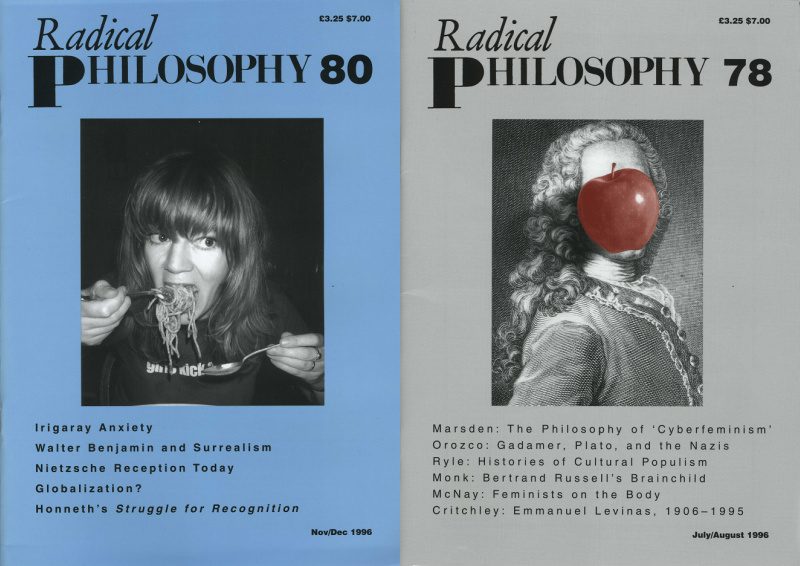 A quick one to note that the entire archive (1972-2018) of Radical Philosophy is now online. It describes itself as a “UK-based journal of socialist and feminist philosophy” and there’s articles in there from Pierre Bourdieu, Judith Butler, and Richard Rorty.

If nothing else, these essays and many others should upend facile notions of leftist academic philosophy as dominated by “postmodern” denials of truth, morality, freedom, and Enlightenment thought, as doctrinaire Stalinism, or little more than thought policing through dogmatic political correctness. For every argument in the pages of Radical Philosophy that might confirm certain readers’ biases, there are dozens more that will challenge their assumptions, bearing out Foucault’s observation that “philosophy cannot be an endless scrutiny of its own propositions.”

That’s my bedtime reading sorted for the foreseeable, then…

Previous Do the tools you use matter?