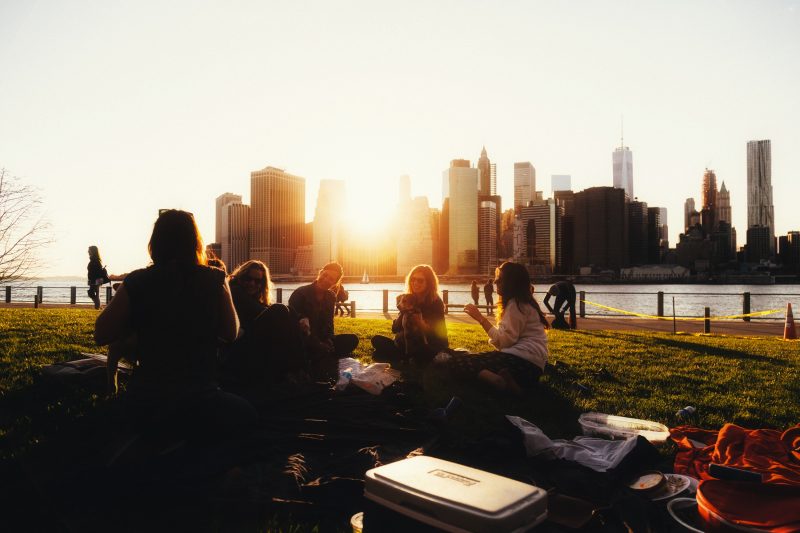 This article from 2012 was referenced in something I was reading last week:

As external conditions change, it becomes tougher to meet the three conditions that sociologists since the 1950s have considered crucial to making close friends: proximity; repeated, unplanned interactions; and a setting that encourages people to let their guard down and confide in each other, said Rebecca G. Adams, a professor of sociology and gerontology at the University of North Carolina at Greensboro. This is why so many people meet their lifelong friends in college, she added.

I’ve never particularly had wide group of friends, even a child. Acquaintances, absolutely. I was on the football team and reasonably popular, it’s just that I can be what some people would term ’emotionally distant’.

But making friends in your thirties seems to be something that’s difficult for many people. Not that I’m overly-concerned about it, to be honest. A good Stoic should be self-contained.

The article makes a good point about differences that don’t seem to matter when people are younger. For example, coming from a wealthy family (or having a job that pays well) seems to somehow play a bigger role.

Adding children to the mix muddles things further. Suddenly, you are surrounded by a new circle of parent friends — but the emotional ties can be tenuous at best, as the comedian Louis C. K. related in one stand-up routine: “I spend whole days with people, I’m like, I never would have hung out with you, I didn’t choose you. Our children chose each other. Based on no criteria, by the way. They’re the same size.”

Indeed, although there’s some really interesting people I’ve met through my children. I wouldn’t particularly call those people friends, though. Perhaps I set the bar too high?

Ultimately, though, there’s more at work here than just life changes happening to us.

External factors are not the only hurdle. After 30, people often experience internal shifts in how they approach friendship. Self-discovery gives way to self-knowledge, so you become pickier about whom you surround yourself with, said Marla Paul, the author of the 2004 book The Friendship Crisis: Finding, Making, and Keeping Friends When You’re Not a Kid Anymore. “The bar is higher than when we were younger and were willing to meet almost anyone for a margarita,” she said.

Manipulators, drama queens, egomaniacs: a lot of them just no longer make the cut.

Well, exactly. And I think things are different for men and women (as well as, I guess, those who don’t strongly identify as either).

Next Building a bridge