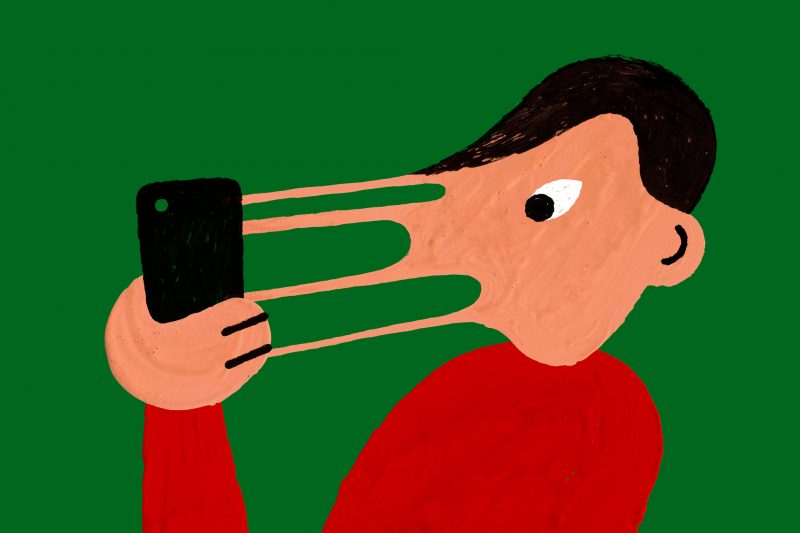 On your deathbed, you’re not going to wish that you’d spent more time on Facebook

As many readers of my work will know, I don’t have a Facebook account. This article uses Facebook as a proxy for something that, whether you’ve got an account on the world’s largest social network or not, will be familiar:

An increasing number of us are coming to realize that our relationships with our phones are not exactly what a couples therapist would describe as “healthy.” According to data from Moment, a time-tracking app with nearly five million users, the average person spends four hours a day interacting with his or her phone.

The trick, like anything to which you’re psychologically addicted, is to reframe what you’re doing:

Many people equate spending less time on their phones with denying themselves pleasure — and who likes to do that? Instead, think of it this way: The time you spend on your phone is time you’re not spending doing other pleasurable things, like hanging out with a friend or pursuing a hobby. Instead of thinking of it as “spending less time on your phone,” think of it as “spending more time on your life.”

The thing I find hardest is to leave my phone in a different room, or not take it with me when I go out. There’s always a reason for this (usually ‘being contactable’) but not having it constantly alongside you is probably a good idea:

Leave your phone at home while you go for a walk. Stare out of a window during your commute instead of checking your email. At first, you may be surprised by how powerfully you crave your phone. Pay attention to your craving. What does it feel like in your body? What’s happening in your mind? Keep observing it, and eventually, you may find that it fades away on its own.

There’s a great re-adjustment happening with our attitude towards devices and the services we use on them. In a separate BBC News article, Amol Rajan outlines some reasons why Facebook usage may have actually peaked:

Next Anonymity vs accountability