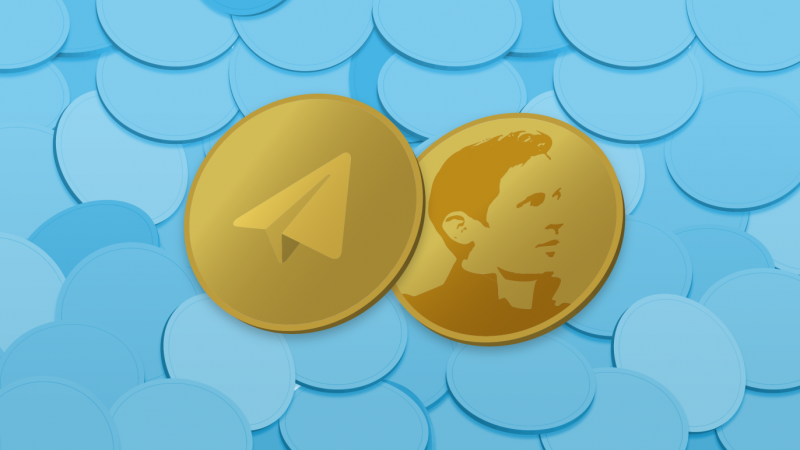 I come across so many interesting links every day that I can only post a handful of them. Right now, and only a couple of months after starting this approach to Thought Shrapnel, I’ve got around 50 draft posts! This was one of them, from early January.

Telegram is great. I’ve been using it for the past couple of years with my wife, for the past year with my son and parents, and the past three months or so with Moodle. It’s an extremely useful platform, as it’s so quick to send messages. Reliable too, which my wife and I found Signal to struggle with sometimes.

The brothers behind Telegram made their billions from creating VKontakte (usually shortened to ‘VK’ and known as the ‘Russian Facebook’). They’ve announced that Telegram will raise millions of dollars through an ‘ICO’ or Initial Coin Offering. This uses similar terminology to an Initial Public Offering, or IPO, which comes through a company becoming publicly listed on a stock exchange. An ICO, on the other hand, is actually more like equity crowdfunding using cryptocurrency:

Encrypted messaging startup Telegram plans to launch its own blockchain platform and native cryptocurrency, powering payments on its chat app and beyond. According to multiple sources which have spoken to TechCrunch, the “Telegram Open Network” (TON) will be a new, ‘third generation’ blockchain with superior capabilities, after Bitcoin and, later, Ethereum paved the way.

It could lead to some quite exciting features:

With cryptocurrency powered payments inside Telegram, users could bypass remittance fees when sending funds across international borders, move sums of money privately thanks to the app’s encryption, deliver micropayments that would incur too high of credit card fees, and more. Telegram is already the de facto communication channel for the global cryptocurrency community, making a natural home to its own coin and Blockchain.

Whereas the major social networks kowtow to governmental demands around censorship, that doesn’t seem to be the gameplan for Telegram:

Moving to a decentralized blockchain platform could kill two birds with one stone for Telegram. As well as creating a full-blown cryptocurrency economy inside the app, it would also insulate it against the attacks and accusations of nation-states such as Iran, where it now accounts for 40% of Iran’s internet traffic but was temporarily blocked amongst nationwide protests against the government.

I don’t pretend to understand the white paper they’ve published, but:

The claim is that it will be capable of a vastly superior number of transactions, around 1 million per second. In other words, similar to the ambitions of the Polkadot project out of Berlin — but with an installed base of 180 million people. This makes it an ‘interchain’ with so-called ‘dynamic sharding’.

Exciting times. As I was explaining to someone recently, Telegram are taking a very interesting route into user adoption. They couldn’t go with the standard ‘social network’ approach as Facebook, Instagram, and Twitter mean that market is effectively saturated. Instead, they started with a messaging app, and are building out from there.