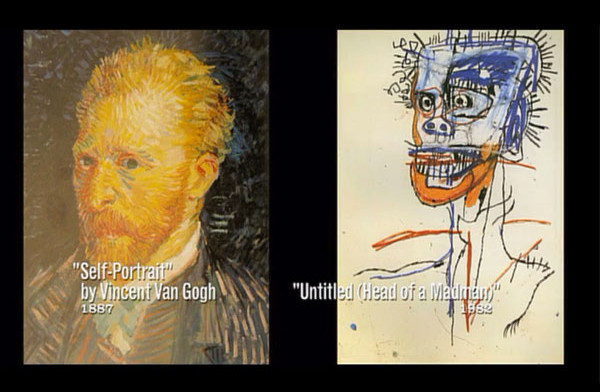 How we get influence backwards

Austin Kleon reflects on the following quotation from Jean-Michel Basquiat:

You’ve got to realize that influence is not influence. It’s simply someone’s idea going through my new mind.

When we say, “Basquiat was influenced by Van Gogh,” that isn’t really correct, because it implies that Van Gogh is doing something to Basquiat, when actually the opposite is true.

Our understanding of literary ‘influence’ is obstructed by the grammar of our language, which puts things back to front in obliging us to speak in passive terms of the one who is the active partner in the relationship: to say that Keats influenced Wilde is not only to credit Keats with an activity of which he was innocent, but also to misrepresent Wilde by suggesting he merely submitted to something he obviously went out of his way to acquire. In matters of influence, it is the receptor who takes the initiative, not the emitter. When we say that Keats had a strong influence on Wilde, what we really mean is that Wilde was an assiduous reader of Keats, an inquisitive reader in the service of an acquisitive writer.

I like things that make me think differently about things I take for granted, especially ones that have been encoded into language.

Next Are cows less valuable than wolves?