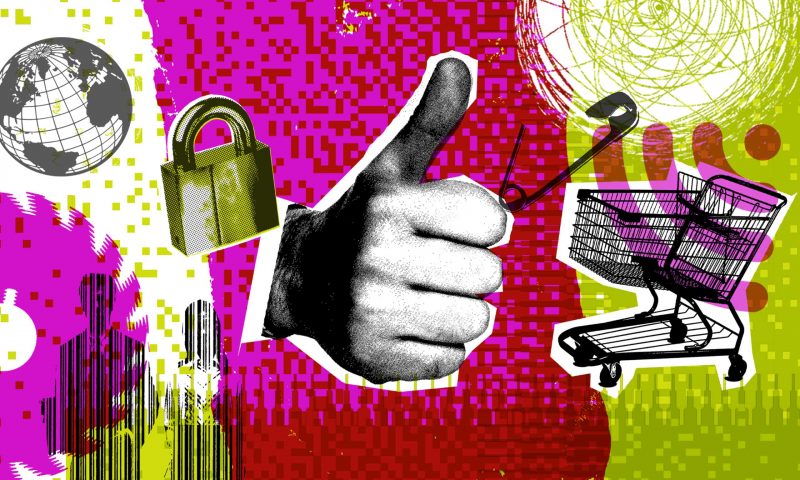 This kind of article is useful in that it shows to a mainstream audience the benefits of a redecentralised web and resistance to Big Tech.

Balkan and Kalbag form one small part of a fragmented rebellion whose prime movers tend to be located a long way from Silicon Valley. These people often talk in withering terms about Big Tech titans such as Mark Zuckerberg, and pay glowing tribute to Edward Snowden. Their politics vary, but they all have a deep dislike of large concentrations of power and a belief in the kind of egalitarian, pluralistic ideas they say the internet initially embodied.

What they are doing could be seen as the online world’s equivalent of punk rock: a scattered revolt against an industry that many now think has grown greedy, intrusive and arrogant – as well as governments whose surveillance programmes have fuelled the same anxieties. As concerns grow about an online realm dominated by a few huge corporations, everyone involved shares one common goal: a comprehensively decentralised internet.

However, these kind of articles are very personality-driven, and the little asides made the article’s author paint those featured as a bit crazy and the whole idea as a bit far-fetched.

For example, here’s the section on a project which is doing some pretty advanced tech while avoiding venture capitalist money:

In the Scottish coastal town of Ayr, where a company called MaidSafe works out of a silver-grey office on an industrial estate tucked behind a branch of Topps Tiles, another version of this dream seems more advanced. MaidSafe’s first HQ, in nearby Troon, was an ocean-going boat. The company moved to an office above a bridal shop, and then to an unheated boatshed, where the staff sometimes spent the working day wearing woolly hats. It has been in its new home for three months: 10 people work here, with three in a newly opened office in Chennai, India, and others working remotely in Australia, Slovakia, Spain and China.

I get the need to bring technology alive for the reader, but what difference does it make that their office is behind Topps Tiles? So what if the staff sometimes wear woolly hats? It just makes the whole thing out to be farcical. Which of course, it’s not.

Previous The origin of the term ‘open source’