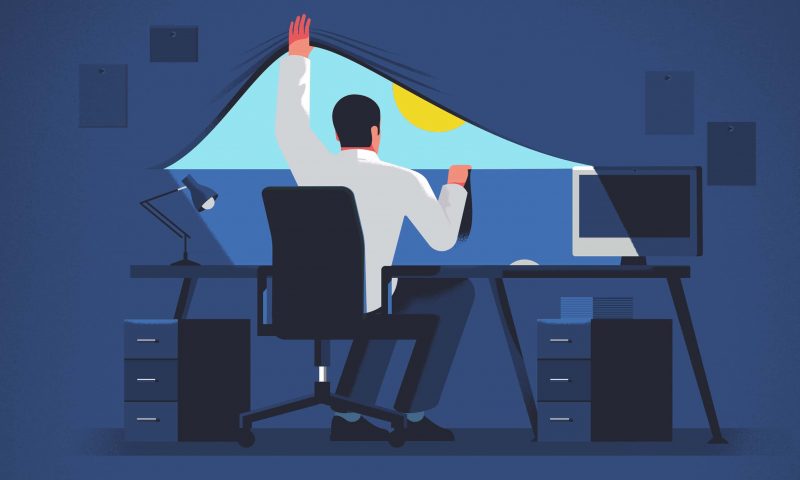 A world without work

I’m not sure that just because you look at a screen all day means you’ve got a ‘bullshit job’, but this article nevertheless makes some good points:

Whether you look at a screen all day, or sell other underpaid people goods they can’t afford, more and more work feels pointless or even socially damaging – what the American anthropologist David Graeber called “bullshit jobs” in a famous 2013 article. Among others, Graeber condemned “private equity CEOs, lobbyists, PR researchers … telemarketers, bailiffs”, and the “ancillary industries (dog-washers, all-night pizza delivery) that only exist because everyone is spending so much of their time working”.

The best non-fiction book I read last year was Inventing the Future: Postcapitalism and a World Without Work by Nick Srnicek and Alex Williams. This is cited in the article, along with the left’s preoccupation with the politics of organised work.

A large part of the left has always organised itself around work. Union activists have fought to preserve it, by opposing redundancies, and sometimes to extend it, by securing overtime agreements. “With the Labour party, the clue is in the name,” says Chuka Umunna, the centre-left Labour MP and former shadow business secretary, who has become a prominent critic of post-work thinking as it has spread beyond academia. The New Labour governments were also responding, Umunna says, to the failure of their Conservative predecessors to actually live up to their pro-work rhetoric: “There had been such high levels of unemployment under the Tories, our focus was always going to be pro-job.”

Instead, say those who advocate a ‘post-work’ future, we should be thinking beyond the way our physical and psychological environment is structured.

Town and city centres today are arranged for work and consumption – work’s co-conspirator – and very little else; this is one of the reasons a post-work world is so hard to imagine. Adapting office blocks and other workplaces for other purposes would be a huge task, which the post-workists have only just begun to think about. One common proposal is for a new type of public building, usually envisaged as a well-equipped combination of library, leisure centre and artists’ studios. “It could have social and care spaces, equipment for programming, for making videos and music, record decks,” says Stronge. “It would be way beyond a community centre, which can be quite … depressing.”

We get the future we deserve. So if we keep on doing the same old, same old when it comes to the way we organise work, we’ll end up with the same kind of structures around it.

Next Issue #288: Socially and emotionally unavailable