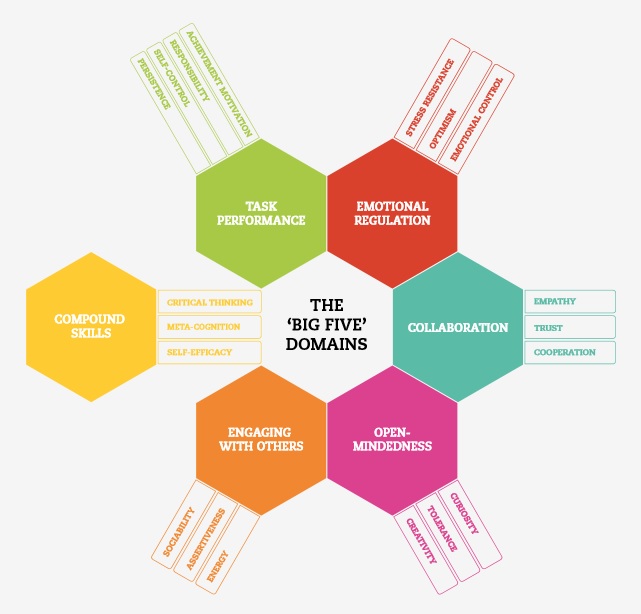 Can you measure social and emotional skills?

Ben Williamson shines a light on the organisation behind the PISA testing regime moving into the realm of social and emotional skills:

The OECD itself has adopted ‘social and emotional skills,’ or ‘socio-emotional skills,’ in its own publications and projects. This choice is not just a minor issue of nomenclature. It also references how the OECD has established itself as an authoritative global organization focused specifically on cross-cutting, learnable skills and competencies with international, cross-cultural applicability and measurability rather than on country-specific subject achievement or locally-grounded policy agendas.

I really can’t stand this kind of stuff. Using proxies for the thing instead of trying to engender a more holistic form of education. It’s reductionist and instrumentalist.

This project exemplifies a form of stealth assessment whereby students are being assessed on criteria they know nothing about, and which rely on micro-analytics of their gestures across interfaces and keyboards. It appears likely that SSES, too, will involve correlating such process metadata with the OECD’s own SELS constructs to produce stealth assessments for quantifying student skills.

If you create data, people will use that data to judge students and rank them. Of course they will.

However, over time SSES could experience function creep. PISA testing has itself evolved considerably and gradually been taken up in more and more countries over different iterations of the test. The new PISA-based Test for Schools was produced in response to demand from schools. Organizations like CASEL are already lobbying hard for social-emotional learning to be used as an accountability measure in US education—and has produced a State-Scan Scorecard to assess each of the 50 states on SEL goals and standards. Even if the OECD resists ranking and comparing countries by SELS, national governments and the media are likely to interpret the data comparatively anyway.

This is not a positive development.

Next The wilderness of intuition