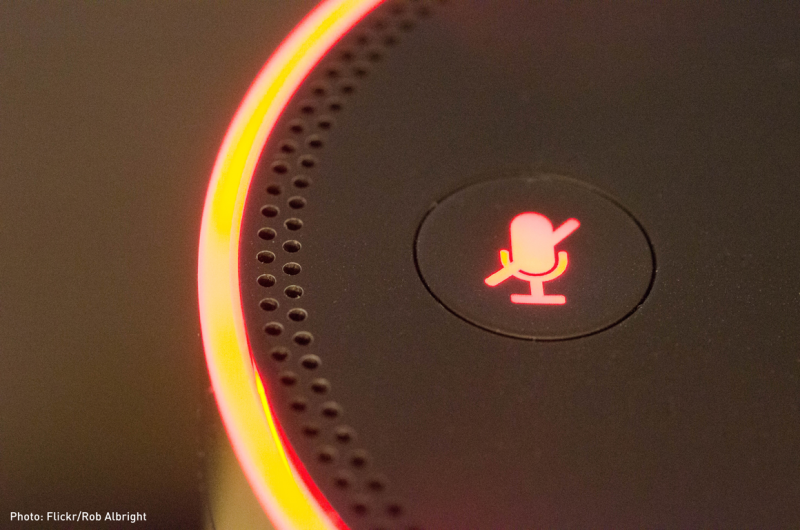 It’s called Echo for a reason

That last-minute Christmas gift sounds like nothing but unadulterated fun after reading this, doesn’t it?

It is a significant thing to allow a live microphone in your private space (just as it is to allow them in our public spaces). Once the hardware is in place, and receiving electricity, and connected to the Internet, then you’re reduced to placing your trust in the hands of two things that unfortunately are less than reliable these days: 1) software, and 2) policy.

Software, once a mic is in place, governs when that microphone is live, when the audio it captures is transmitted over the Internet, and to whom it goes. Many devices are programmed to keep their microphones on at all times but only record and transmit audio after hearing a trigger phrase—in the case of the Echo, for example, “Alexa.” Any device that is to be activated by voice alone must work this way. There are a range of other systems. Samsung, after a privacy dust-up, assured the public that its smart televisions (like others) only record and transmit audio after the user presses a button on its remote control. The Hello Barbie toy only picks up and transmits audio when its user presses a button on the doll.

Software is invisible, however. Most companies do not make their code available for public inspection, and it can be hacked, or unscrupulous executives can lie about what it does (think Volkswagen), or government agencies might try to order companies to activate them as a surveillance device.

I sincerely hope that policy makers pay heed to the recommendations section, especially given the current ‘Wild West’ state of affairs described in the article.

Next The benefits of decentralised decision-making