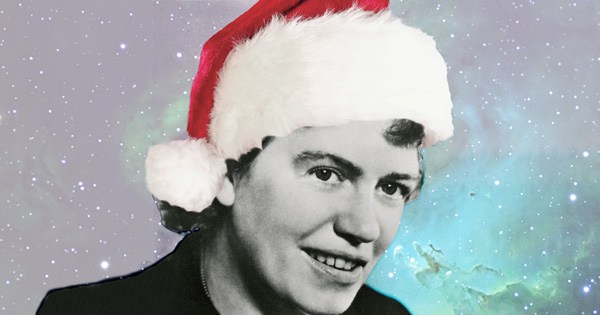 What to tell your kids about Santa Claus

My kids, who are ten and six years of age respectively, blatantly don’t believe in Father Christmas. After leaving out a mince pie and glass of whisky last night, they asked this morning whether I’d enjoyed it!

As a church-going family, it’s never been a huge deal as to whether Santa Claus is literally real. Christmas isn’t really about a guy in a red suit furtively climbing down an impossible number of chimneys.

What to tell your children, and when to admit that Father Christmas doesn’t really exist, is still awkward, however. Although there’s a twinkle in my eye when I talk to them about ‘him’, I still haven’t admitted that it’s really me filling the up the stockings at the end of their bed each year.

In this article, Maria Popova quotes the cultural anthropologist Margaret Mead, who read her own children stories about Santa Claus legends from many different countries. The difference between ‘literal’ and ‘poetic’ truth is an important one. Especially this year. And particularly at Christmas.

Disillusionment about the existence of a mythical and wholly implausible Santa Claus has come to be a synonym for many kinds of disillusionment with what parents have told children about birth and death and sex and the glory of their ancestors. Instead, learning about Santa Claus can help give children a sense of the difference between a “fact” — something you can take a picture of or make a tape recording of, something all those present can agree exists — and poetic truth, in which man’s feelings about the universe or his fellow men is expressed in a symbol.

Next Brexit Britain means food prescriptions on the NHS

Previous 2018: the year of Linux on the desktop?