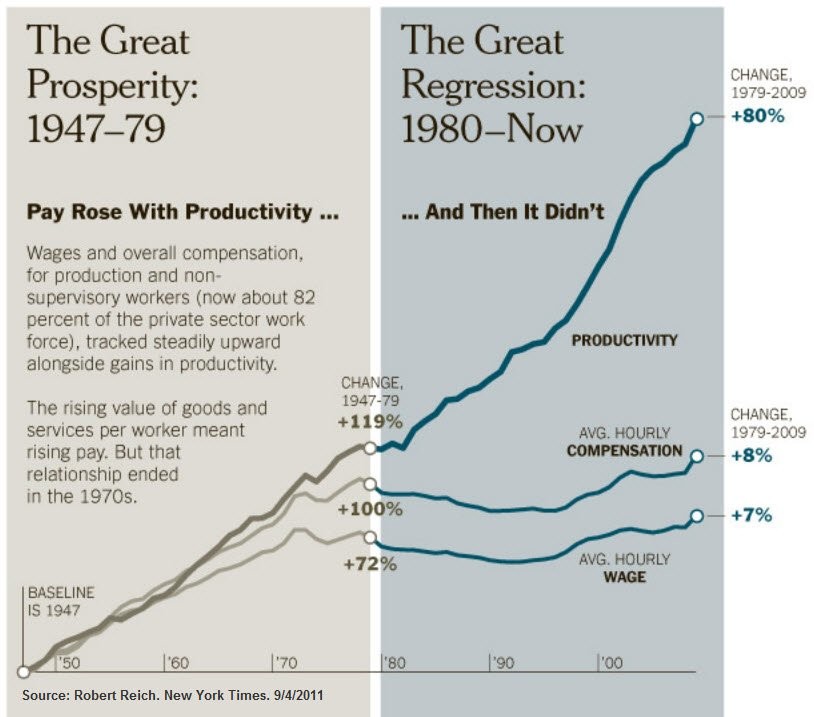 The immorality of retaining wealth

The image I’ve chosen for this post came via social.coop rather than the article cited, but it does indicate where non-inherited wealth comes from. This wealth is then often used for investment or speculation that then becomes unearned income.

I like the way that the author frames things in terms of how much people retain, rather than how much they earn:

Note that this is a slightly different point than the usual ones made about rich people. For example, it is sometimes claimed that CEOs get paid too much, or that the super-wealthy do not pay enough in taxes. My claim has nothing to do with either of these debates. You can hold my position and simultaneously believe that CEOs should get paid however much a company decides to pay them, and that taxes are a tyrannical form of legalized theft. What I am arguing about is not the question of how much people should be given, but the morality of their retaining it after it is given to them.

Also, I like the idea of a ‘maximum moral income’:

We can define something like a “maximum moral income” beyond which it’s obviously inexcusable not to give away all of your money. It might be 5o thousand. Call it 100, though. Per person. With an additional 50 allowed per child. This means two parents with a child can still earn $250,000! That’s so much money. And you can keep it. But everyone who earns anything beyond it is obligated to give the excess away in its entirety. The refusal to do so means intentionally allowing others to suffer, a statement which is true regardless of whether you “earned” or “deserved” the income you were originally given. (Personally, I think the maximum moral income is probably much lower, but let’s just set it here so that everyone can agree on it. I do tend to think that moral requirements should be attainable in practice, and a $30k threshold would actually require people experience some deprivation whereas a $100k threshold indisputably still leaves you with an incredibly comfortable lifestyle better than almost any other had by anyone in history.)

Next What you read determines who you are